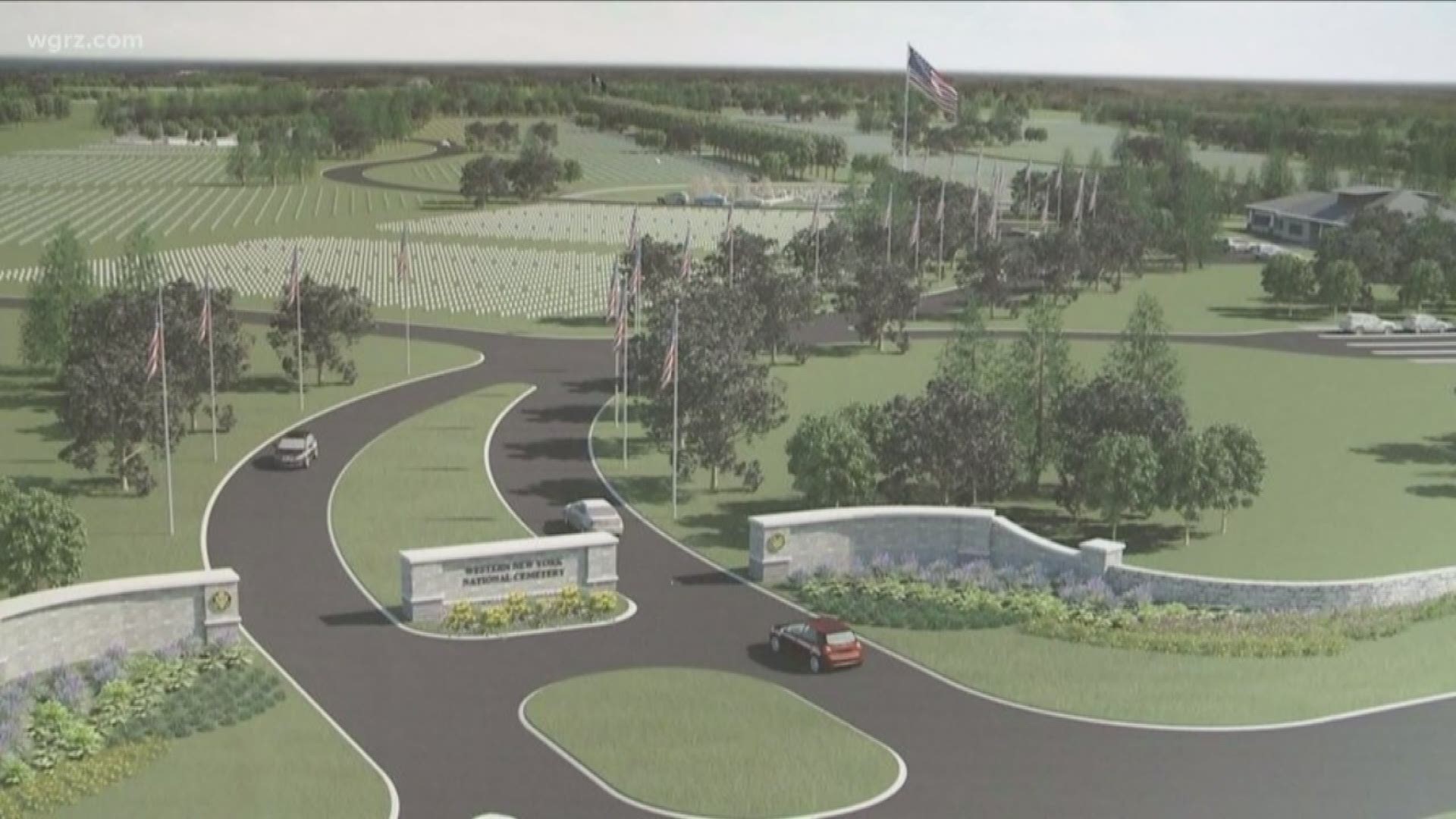 BUFFALO, N.Y. — Crews have broken ground on the first phase of construction at the Western New York National Cemetery site on Indians Falls Road, in Pembroke. Now, veterans will learn for the first time about the burial benefits that will be available to them there.

"Any veteran that served prior to 1980 is eligible if they received an honorable discharge, even for one day of service," Metcalfe said. "After 1980 for enlisted and after 1981 for officers, unless they were in combat, they would have had to had a two-year enlistment in the military with an honorable discharge."

Metcalfe says the first phase of construction is on track to be complete for the cemetery to open in November 2020.

In the lead up to the meeting, 2 On Your Side has also heard from local veterans advocates, who are worried that the $36 million dollars in federal funding will not be enough to complete the cemetery as it was originally designed. They will have an opportunity to voice their concerns at Wednesday afternoon's meeting.

2 On Your Side will bring you updates throughout the day on air, online, and on WGRZ app.