The 1826 disappearance of William Morgan is the root of both a Masonic-related mystery in Batavia and a ghost story at an Appleton, NY winery 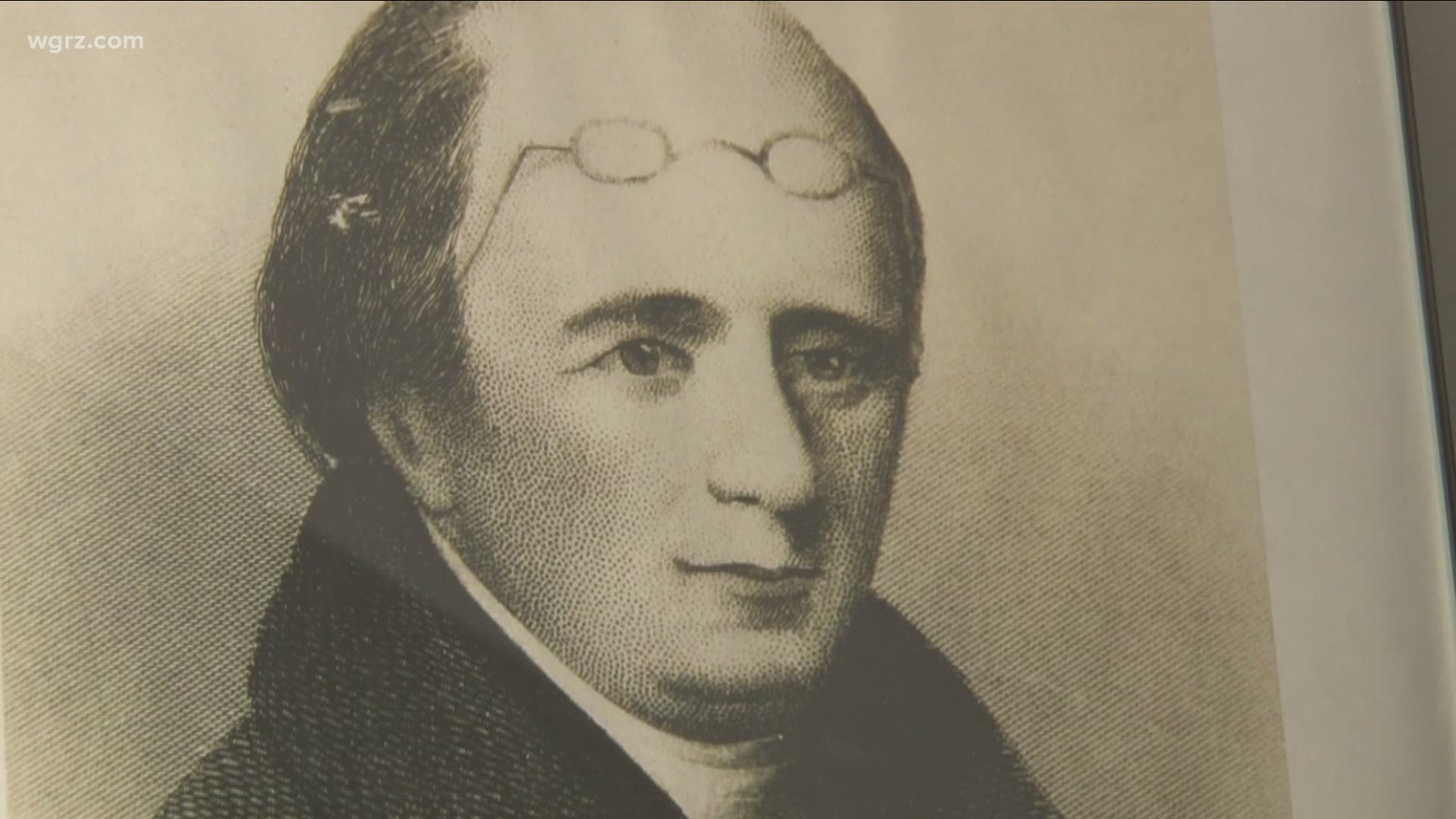 APPLETON, N.Y. — William Morgan's place in history is marked in the Batavia Cemetery, even though nobody can say definitively what happened to him.

All that is known is that when a man named William Morgan was rejected membership to the Masonic Lodge in Batavia. He threatened and then began publishing a book of Masonic secrets.

The Masons did not take kindly to that and tried everything they could to stop him from carrying through. It is said they burned the printing press, and ultimately abducted William Morgan in 1826. Morgan was never seen again.

"Morgan's mystery never really goes away as in 1882 they actually built a monument here in Batavia NY at the historic Batavia Cemetery as a martyr to free speech," said Ryan Duffy, from the Holland Land Office Museum.

But does the answer to that mystery sit just 40 miles from Batavia along the shore of Lake Ontario?

"The legend originated from a newspaper article in 1909 in the New York World, [which was] Parade Magazine at the time," said Margo Sue Bittner.

Bittner and her husband own Marjim Manor a winery in the Niagara County town of Appleton. It is a place known for selling wine and entertaining spirits. The property has quite a history and is long believed by many to be haunted.

Shubal and Sophia Merritt bought this property from the Holland Land Company in 1834, ultimately building Appleton Hall. It was around that time when the Merritt family became intertwined with the Morgan mystery.

"William Morgan supposedly have been taken from home to home along with 104 and left at Fort Niagara," Bittner said.

Fort Niagara is the last place William Morgan was ever seen.

“At the time there were many confessions about what happened to him,” Bittner said. “One of them was that he was put in a boat thrown into Niagara River they waited for him to drown and the rock outlet the rock on this property and then he was buried."

His body was never found, but what is believed to be the stone has been here since, for many years a centerpiece of a rock garden made by Shubal's son Lewis.

Lewis died, shot accidentally by his father. The stone stopped moving around, and legend has it, the visits from Morgan's ghost also stopped. However, even today, Bittner says, descendants of William Morgan have said they feel his presence here and in this second chapter of an unknown story of Western New York.