It started as a class project, but in four and a half months, the "Cats of Brutalism" Instagram account has grown to almost 60,000 followers. 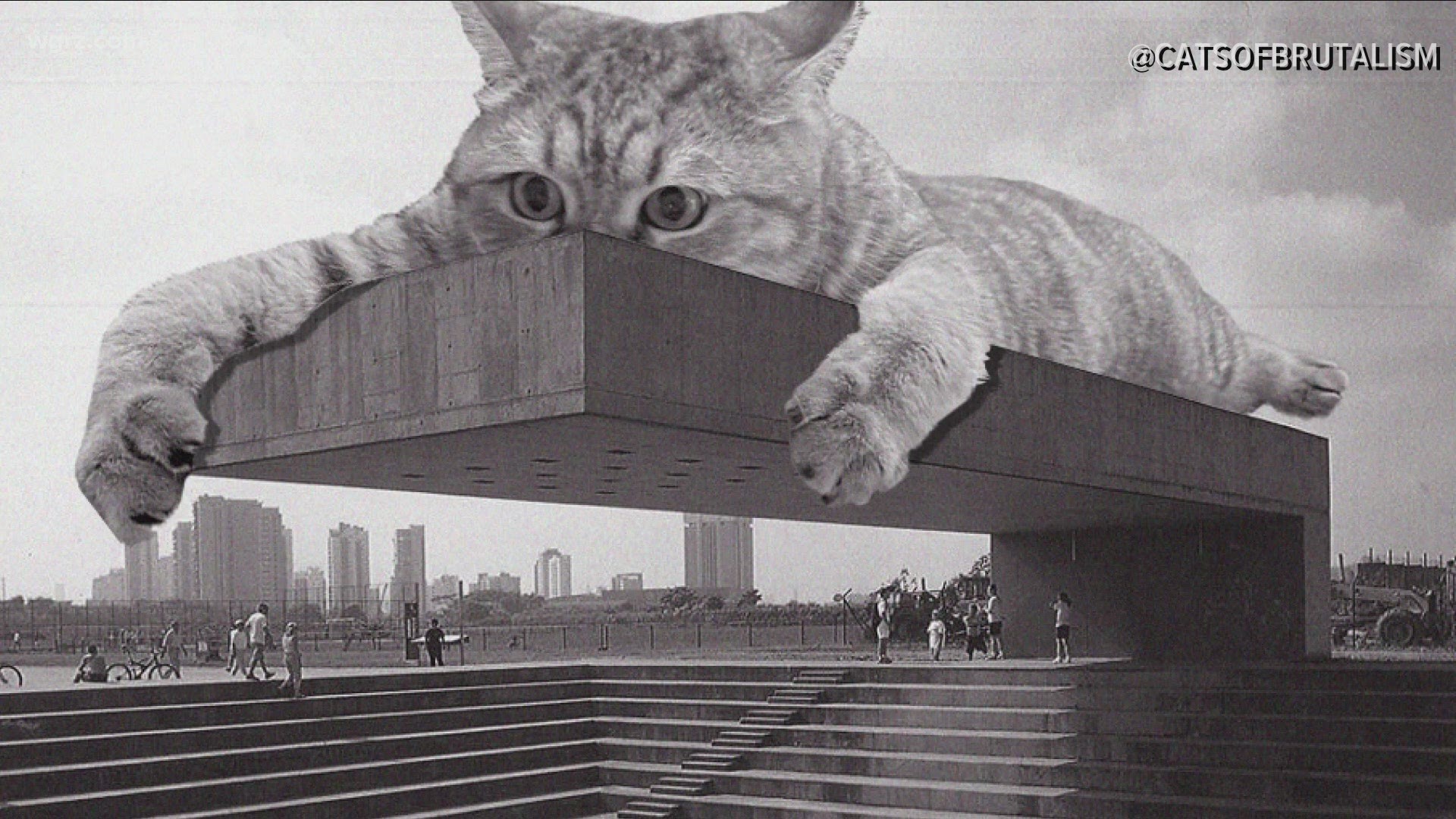 BUFFALO, N.Y. — This was something that started as a class project for three University at Buffalo architecture students, and it became a viral sensation on Instagram.

Emily Battaglia, Michaela Senay, and Madelaine Ong launched the Instagram account back in October as part of a urban design assignment, and Micheala's two cats as some of the first models.

They call it your "daily dose of cats and concrete."  Each post features a black and white photo of a building in the brutalist style, such as Buffalo City Court, with a cat or two Photoshopped onto it. In four and a half months, the account has gained attention from both the architecture and the pet-lovers worlds.

It now has almost 60,000 followers, and the women are always fielding requests for buildings and cats to feature from around the world.

"I decided to take my own cats and Photoshop them in to some of the buildings," Micheala told 2 On Your Side. "It just kind of stuck, and then people started sending us submissions."

"At first I think it was moreso a lot of cat people," Madelaine said. "But then as we grew bigger and more foundations and other preservation groups started to attract our attention, more architecture groups started to follow us, and then the community of both started to grow at the same time."

The women even created a special Channel 2 themed post, featuring the WGRZ building in downtown Buffalo, and some Daybreak employees' cats.

... and the Cats of Daybreak @WGRZ pic.twitter.com/FPBa0VE3tI