The unknown story of the Tuscarora Heroes

207 years later, Lewiston residents remember the selfless act of bravery and friendship that saved dozens of lives from slaughter. 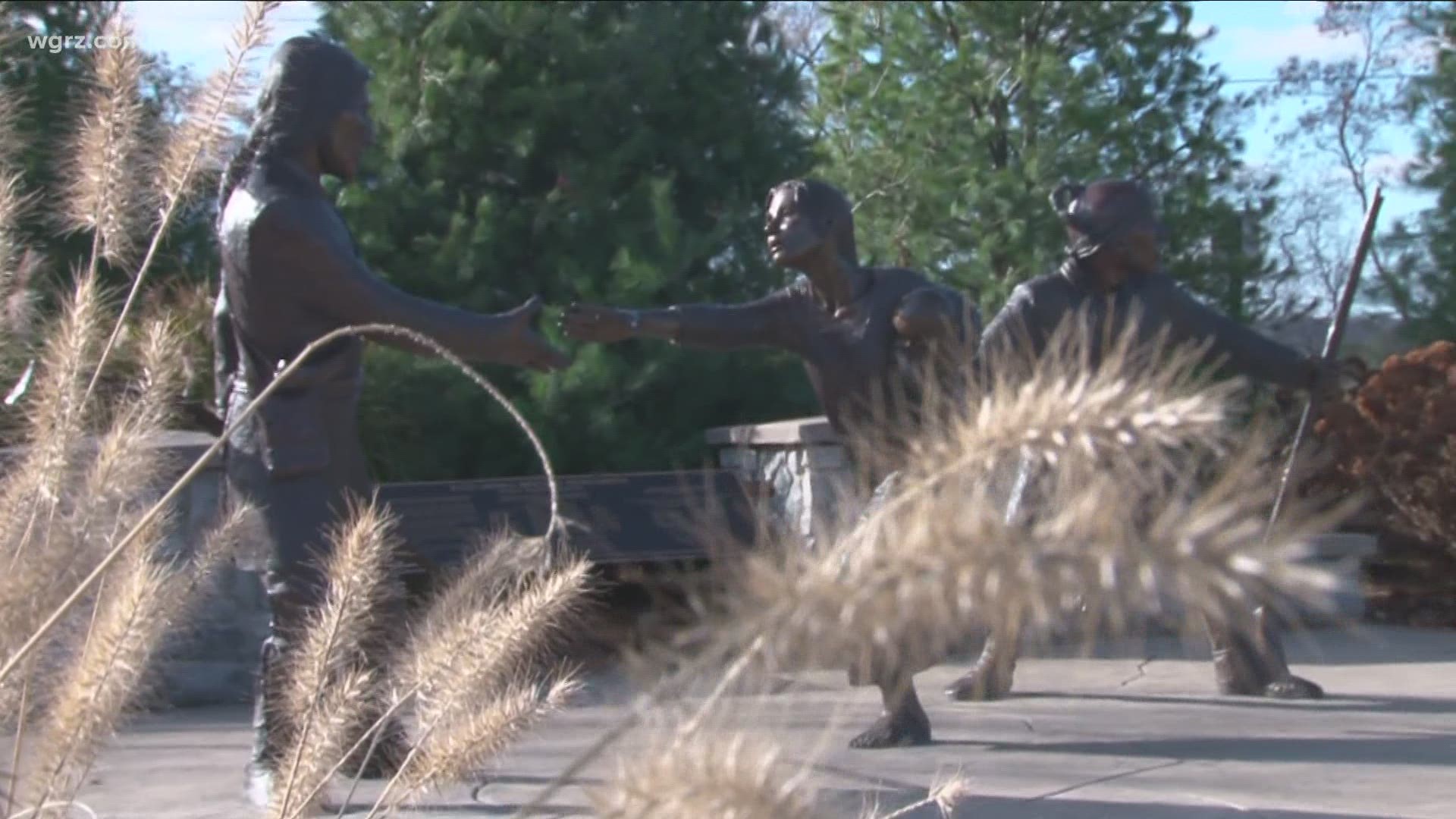 LEWISTON, N.Y. — November is Native American heritage month. This is a story that illustrates the close, and long-standing relationship between native and non-native peoples here in Western New York

This is one of the very first cases of Native Americans coming to the rescue of settlers. This is the story of the Tuscarora Heroes.

A moment of horror and heroes, captured in bronze. There’s a  sculpture, at the corner of Center and Portage, which greets visitors to Lewiston. But it memorializes a morning of sheer terror: December 19, 1813.

“Hundreds of First Nations and British troops ran down Lower River Road toward Lewiston and destroyed everything in their path,” said Lewiston historian Lee Simonson. “They were armed with torches, guns and tomahawks.”

The group was hell-bent on avenging the burning of Newark, which is now known as Niagara on the Lake. Simonson said there was blood running down the street and innocent people were being slaughtered.

But then dozens of Tuscarora arrived.

“In that moment they lost hope they started hearing horns on top of the escarpment,” Simonson said. “They knew that this is going to happen.”

They went straight to work trying to help their settler friends, even though they were outnumbered by a massive margin.

“It was cold wet snowy rainy they were such friends with the Lewiston people that they stayed up on the hill,” Simonson said. “There were only 30 Tuscarora men in this. They were outnumbered 30- 1.”

Though the group was little in numbers, the amount of racket they stirred up gave the illusion that it was a far bigger force. Simonson said they scared the enemy into thinking a counterattack was imminent and that they were running into a trap, which gave Lewiston citizens enough time to escape.

"He was 9 or 10 years old and he came down and it was trying to you know he's going to help the people and the people here send him home,” Patterson Sr. said.”

Michael Hibbard’s ancestor, John Robinson, was also there on that fateful day.

As he looks at the monument, the impact this show of support and friendship had is not lost on him.

“If it wasn't for the Tuscaroras helping my ancestor John Roberts and I probably wouldn't be here,” Hibbard said.

A pivotal moment in time, captured in bronze and within the unknown stories of Western New York.