The Scouts and the businesswoman teamed up to celebrate six new entrepreneurship badges. 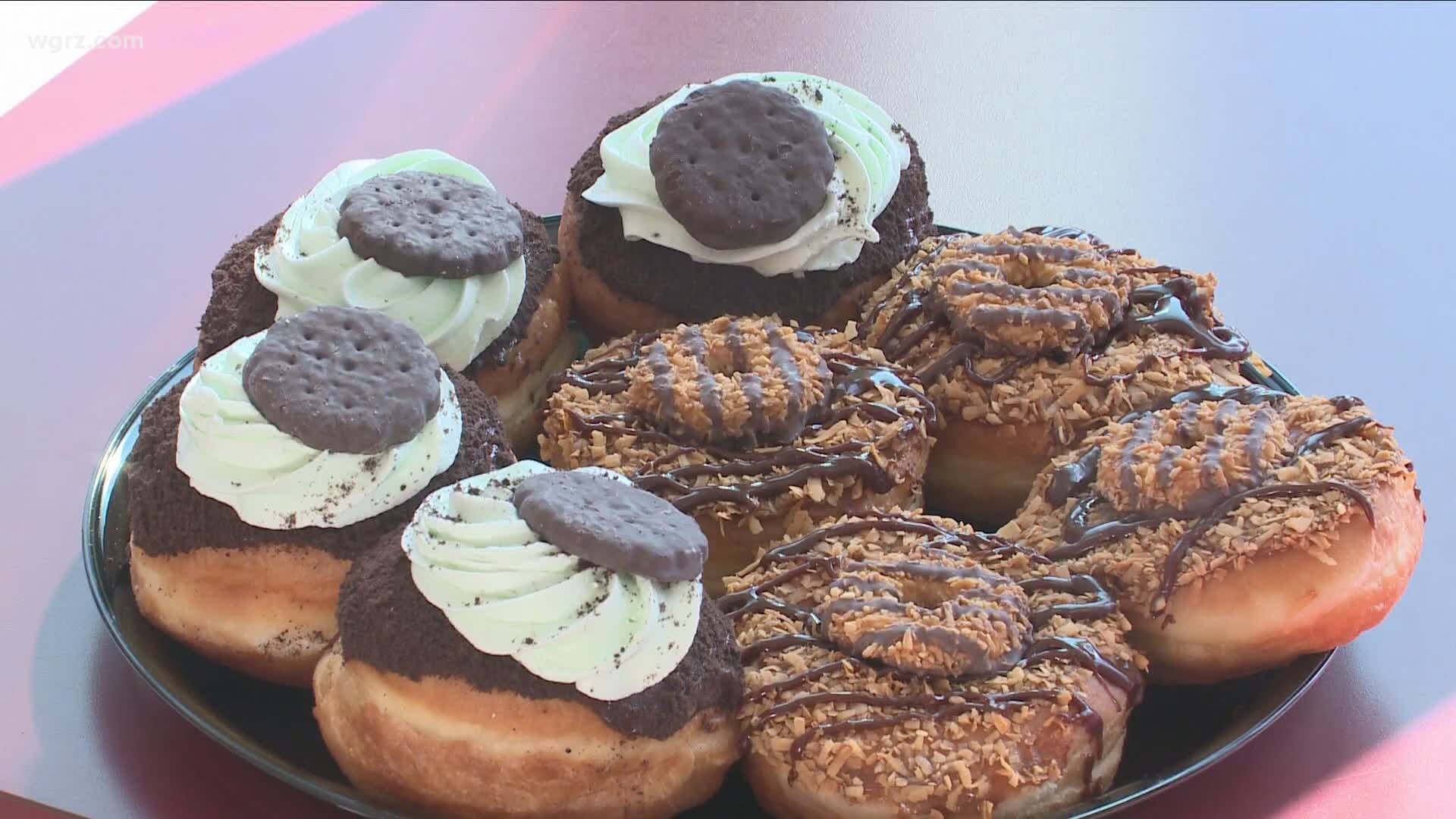 Friday, August 14 was the last day to get one of the doughnuts, which come in chocolate mint and caramel flavors, at all three local Paula's locations. Half of the proceeds will to towards helping local girls join the scouts this fall.

So what's the story behind these sweet treats? The Girl Scouts of Western New York's Product Program Director, Lauren Bush, says the collaboration is their way of celebrating six new badges focused on entrepreneurship skills, like creating new ideas and pitching business plans.

By now you've probably seen (or maybe tried!) the Girl Scout cookie-inspired @PaulasDonuts. Here's the story behind them - they were made to celebrate 6 new @girlscouts entrepreneurship badges, and raise money to help local scouts participate this year. @WGRZ @gswny 🍩💚 pic.twitter.com/mGgP8Kr2fN

"We reached out to Paula because she really does align with our entrepreneurship pillar," Bush told 2 On Your Side. "She's a role model for girls, she's a woman business owner, she's an entrepreneur, and she really helps and cares about the community. With the new badge release, we thought it was a perfect fit and it was great timing."

All of the money raised from the doughnuts will go into the Girl Scouts of Western New York's Council Opportunity Fund, which helps girls participate in the scouts, by helping them pay for things like uniforms, enrollment and camp fees.

The new Girl Scout year is on track to begin as planned in the fall. The Western New York Chapter says they are following all CDC, state and local guidelines, and expect programming to be a mix of virtual and small in-person gatherings. Girl Scout Cookie selling season is also on track to begin in December.