Admissions counselors say there are benefits to dropping the requirement for students to take the SATs and ACTs, but don't see the tests going away completely. 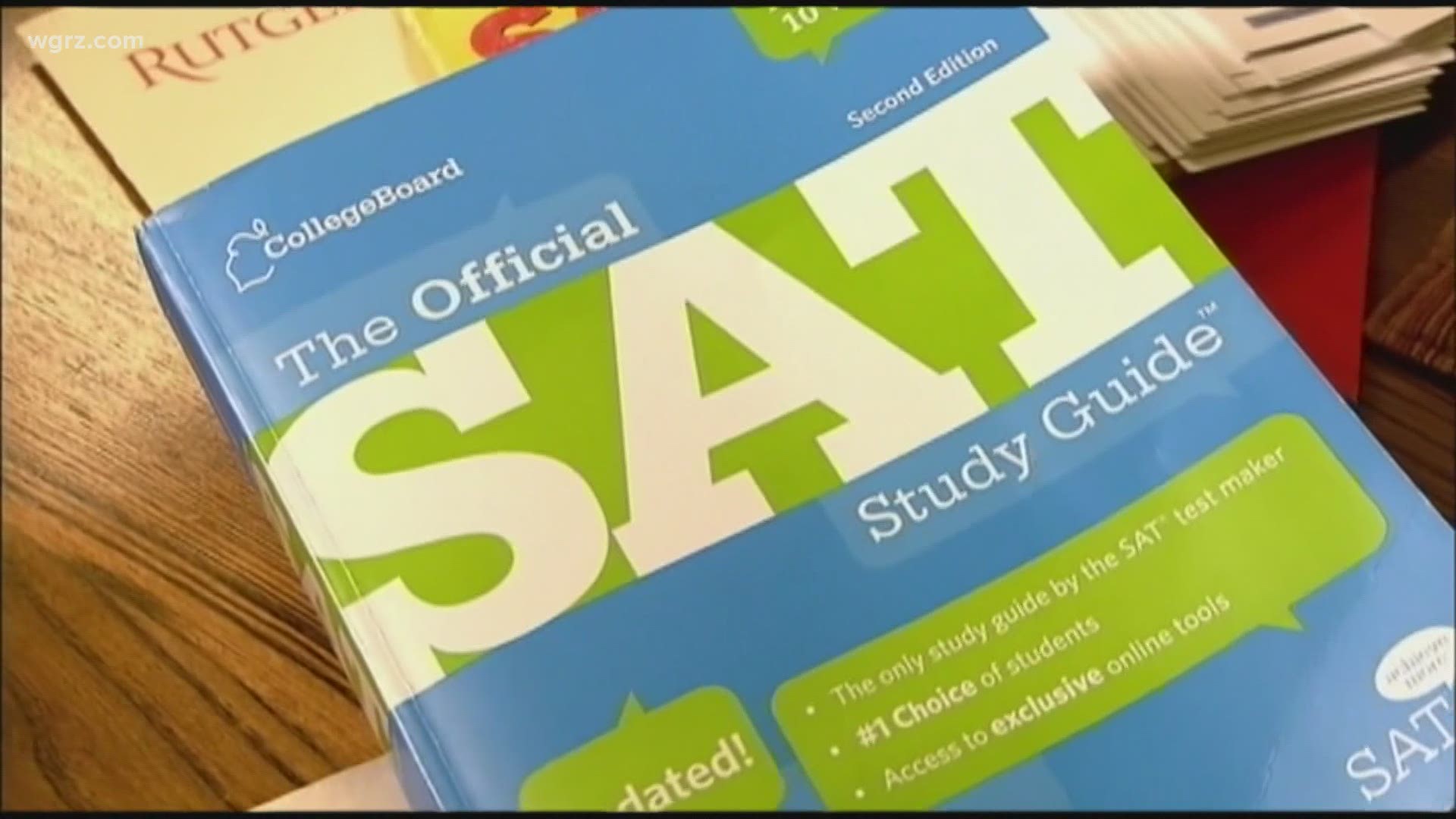 BUFFALO, N.Y. — This has been an historically stressful college admissions season, with many families facing financial hardships, on top of unknowns about timelines and potential Covid shut downs.

One thing many colleges did to ease that tension was go test optional for this application cycle. The new policy dropped the requirement for students to take the SAT or ACT, because so many of the tests were cancelled in the pandemic. The entire SUNY system went test optional. At Buffalo State College, it allowed them to take a more holistic approach when evaluating applications.

Some institutions, especially highly selective ones including many Ivy League schools, have found that the test optional policies have led to an increase in applications. At University at Buffalo, that also meant a more diverse candidate pool. Erin Obrien, the Chief Enrollment and Marketing Officer at UB's School of Management, says that with the barriers removed, more women and people of color applied, and were accepted.

"Underrepresented minorities and women are applying to tougher programs, because they have a better chance of being able to get in," she told 2 On Your Side. "And in Fall '20, they absolutely enrolled at a higher rate. So we have seen good success with that."

The Future of Test-Optional

SUNY is committed to remaining test optional through the 2022 admissions cycle.

Niagara University's admissions department went test optional several years ago. In a non-pandemic year, they use the scores to award scholarship money to students who include them.

"The test optional piece was something that we were really an early adopter of," Associate Vice President of Marketing & First-Year Enrollment Michael J. Freedman said. "Our philosophy was that taking into account a student's four year portfolio speaks volumes more than a two or three hour test, so really from an application process it wasn't a major change, and we've just adjusted the scholarship applications a little differently."