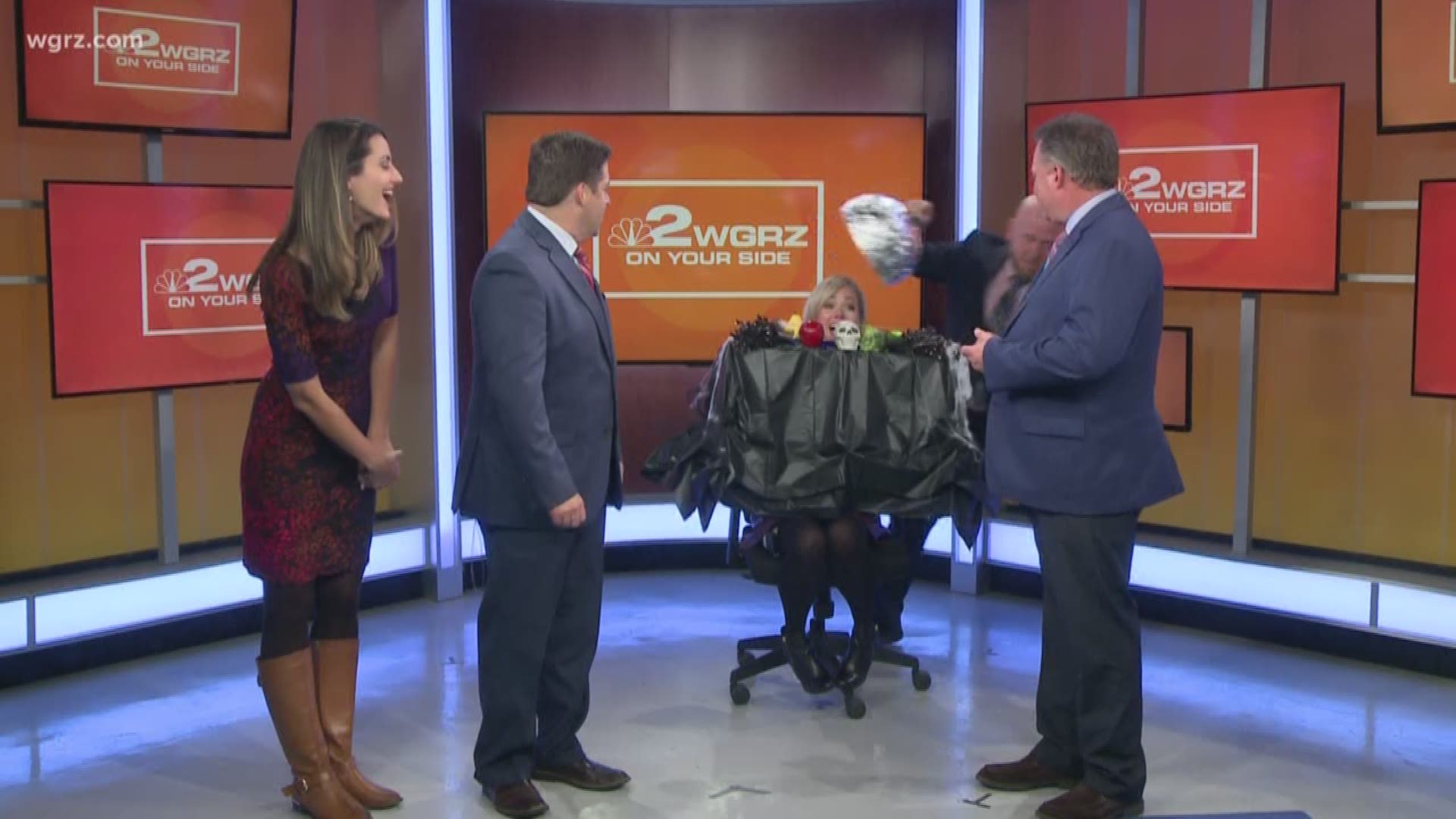 This is Festival Fest. It's the thing Daybreak's Kate Welshofer does where she talks about things to do in Western New York. She does it on Mondays because, well, Mondays are ghastly. Why lament the weekend that was when you can look forward to the weekend ahead?! She is accompanied by her trusty sidekick.

If you didn't know, now you know.

Below you'll find links to the events mentioned on this week's edition of Festival Fest on Daybreak. Have an event to add to the list for this or future weekends? Just send an email to Kate at festivalfest@wgrz.com.

Now, without further ado, let's get into it!

I'll get you my pretty and your little dog at the Howl O' Ween Pet and Children's Parade in East Aurora on October 27.

Halloween Party with Ozzmageddon on October 26 This is part of the Fight Cancer Music series and benefits Bridget's Battle Foundation.

This isn't a festival per se, but Diamonds in the Ruff animal rescue is having a Chowder Sale in November but the pre-sale of the Chowder ends October 31. If you want to buy your chowder in advance, which is encouraged, time is running out.

My hometown of Perry is hosting its first Trunk or Treat in the Village Park Oct 27. Proceeds benefit a local family.

In theater, Inclusive Theater of WNY with Ujima Company INc presents its first fully-staged production And Where Will You Put the Things you Save? The show Runs until October 28.

Rise Halloween: The Freak Out! loses its mind at the Town Ballroom October 27 and the theme this year? No theme. Don't freak out.