Thanksgiving travel nears pre-pandemic levels on the roads, in the skies

Seven-thousand people will fly out of the Buffalo-Niagara International Airport on Wednesday, typically one of the busiest travel days of the year. 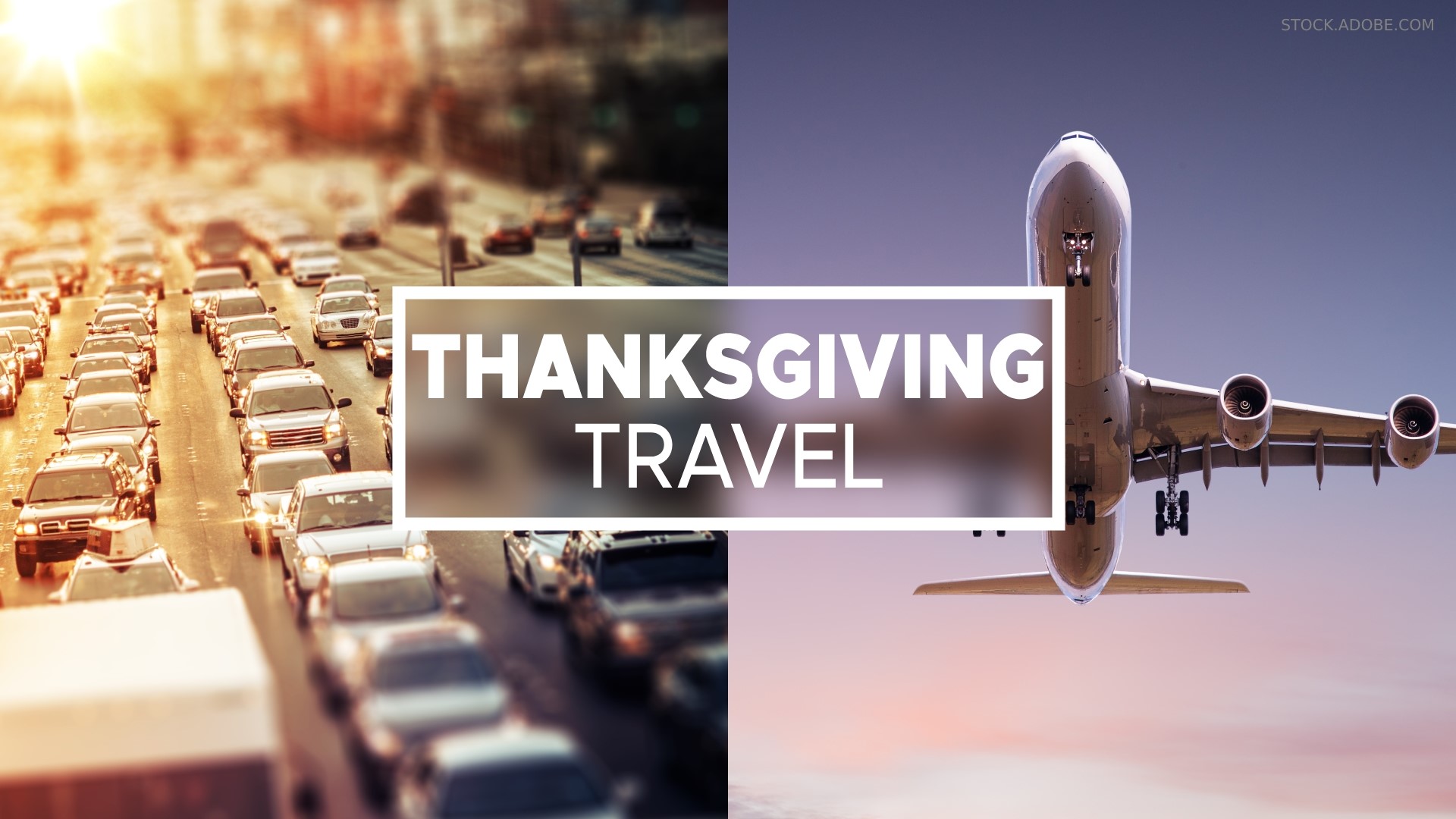 BUFFALO, N.Y. — If you're packing up and getting out of town for Thanksgiving this year, you're not alone. About 7,000 passengers will fly out of the Buffalo Niagara International Airport Wednesday, and with so many more people traveling for the holiday this year, rates are almost back at pre-pandemic levels.

Most People Will Drive

AAA predicts 53.4 million people will travel for Thanksgiving. More than 48 million of them will be driving to their destination. If you're taking a road trip, you'll likely have your eyes on gas prices. Even though they've been holding steady at about $3.47 a gallon in Buffalo, AAA's Elizabeth Carey says they might go up a few cents due to the increased demand this holiday weekend. However, don't think that means that you'll see less people on the roads.

"They're about $1.30 more than what we were paying a year ago," Carey said. "People are starting to feel this pain at the pump; however, they're still saying, 'I want to take this trip. I want to see my loved ones. I might just have to cut corners to meet my budget needs somewhere else.'"

The busiest times to drive will be on Wednesday afternoon and evening, Thursday morning and Sunday.

Carey says breakdowns are common on holiday weekends, so make sure to check your vehicle over before taking your road trip.

"AAA expects rescue about 400,000 people across the country," Carey said. "So the number one calls we get are for dead batteries, flat tires, and keys locked in the car. A lot of those things can be avoided if you plan in advance."

Air Travel Almost All the Way Back

Air travel is up 80% over last year, putting it back within 5% of where it was in 2019. TSA screened more than 2 million people at airports across the country on Friday, a record number since the pandemic.

With concerns about getting sick, the longer lines at security, and reports of unruly passengers, there's a lot to think about as you get ready to fly these days. NFTA's Helen Tederous says to not let it keep you from staying vigilant in the airport.

"We just recommend travelers who are traveling, see something, say something," Tederous told 2 On Your Side. "Our police are here 24/7, if you do see something or see someone who's a little bit unruly, let's get it before they get on the plane. So we're really asking people to be mindful of that. Hopefully that won't be a problem. Certainly we hope so, but as always take extra precaution for that."