Teens help to reimagine Olean's Dream It, Do It, other after-school programs in WNY

One-thousand teens from Western New York and southeastern Michigan were chosen to share what's most important for them when it comes to after-school programs. 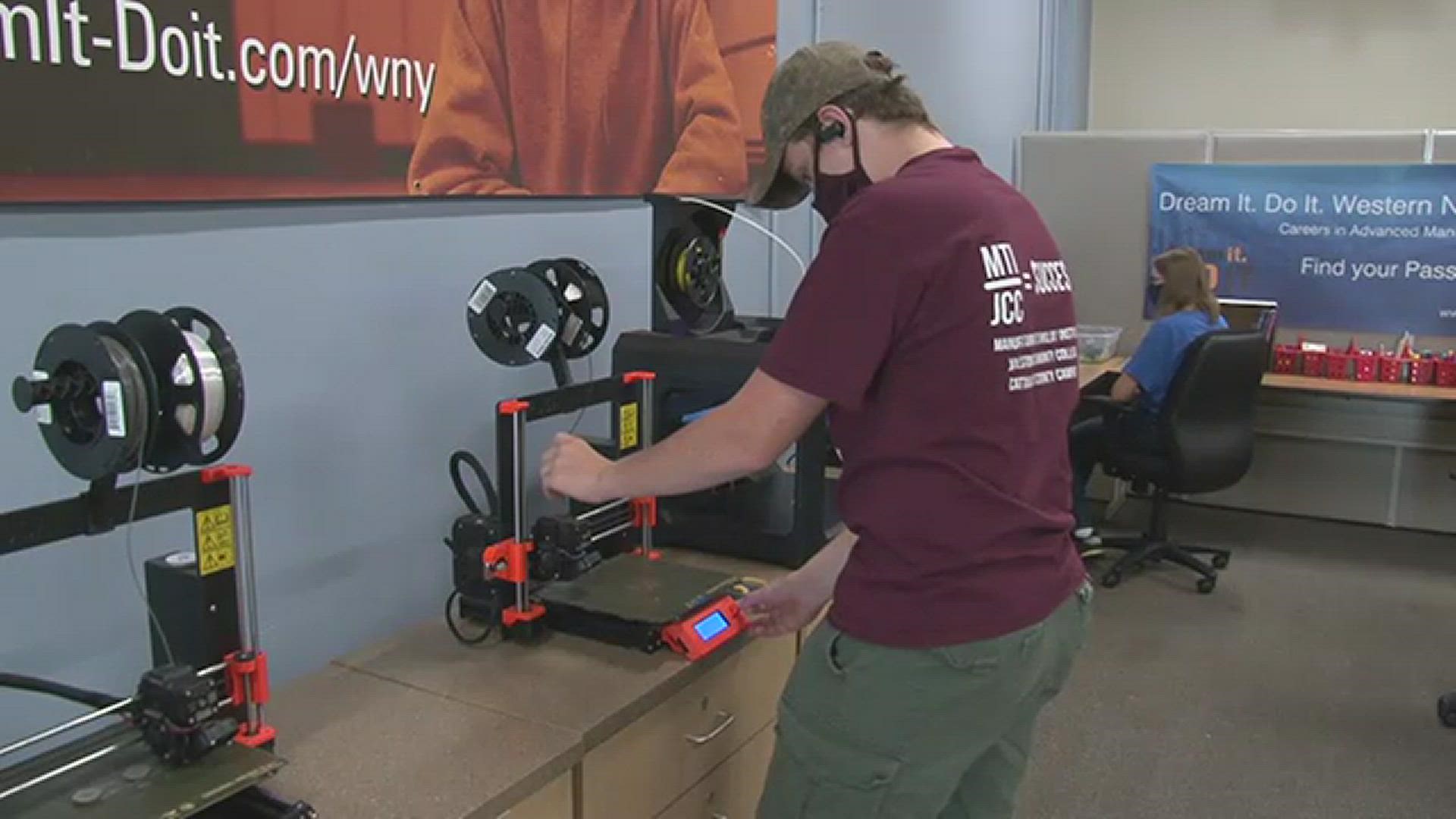 OLEAN, N.Y. — Teens across Western New York are getting a say in what they want to see in after-school programs, and they're being paid for their big ideas.

It's all a part of the Ralph C. Wilson, Jr. Foundation's Generator Z initiative, which is a sort of ideas lab ultimately driven by teenagers.

"In this process of bringing Generator Z to life, we have valued teen insight to lead the direction of what they want to see in their time outside of school. We valued that a million dollars," said Abir Ali, director of Generator Z.

One-thousand teens from Western New York and southeastern Michigan (where Wilson lived) were chosen to share their joys and challenges and what's most important for them when it comes to after-school opportunities. Each will be paid $1,000 for their input.

"From the very beginning we really prioritized the teen voice because why wouldn't we? It's ultimately an opportunity or opportunities, a set of them, that are going to benefit teens," said Ali.

The teens will get their payment in three installments as they complete different phases of Generator Z. They can spend the money however they like.

Olean High School senior Byron Ring was among the teens turned consultants. He's a part of Olean's Dream It, Do It — an organization that encourages students to pursue careers in advanced manufacturing.

Ring likes what Dream It, Do It has to offer but wanted to see, as he put it, "more grown up" career options.

"I really thought the programs were great, what they were doing, but it was more like a summer camp," Ring said. "It wasn't really like a taste of what it's actually like [in the working world]. Versus now where we can actually have kids come in here and try to design stuff."

Dream It, Do It offers after-school and summer programs, at-home learning, and internships. Students can learn about 3D printing, machining, circuits, and even built soap box derby cars.

"There is all sorts of physics involved," said Dream It, Do It director Evelyn Sabina. "They were learning about tools and learning about reading blueprints, reading drawings. They had to do some kind of teamwork but also physics with balancing."

Dream It, Do It has received two grants through the Ralph C. Wilson, Jr. Foundation, one of which was the second Generator Z grant. In Western New York, 42 organizations split a pool of $2 million in funding to improve and reimagine after-school programs.

"Some of the most popular themes that we funded in Western New York were jobs and careers, excellence in learning, life skills, balance and growth, and wellness," said Ali.

Generator Z cast a wide net to find grant recipients. It was important that the non-profits selected are diverse and cover urban, suburban, and rural areas.

Chris Napoleon, owner of Napoleon Engineering Services, started his business in a spare bedroom and garage bay 25 years ago. He specializes in bearing testing, inspection, and manufacturing. He's heavily involved in Dream It, Do It and hopes it's a way to show students what job opportunities are available for them in Southern Tier.

"It's a great success story, and it's the ultimate interview," said Napoleon. "We develop relationships with kids from an early age. We tell them what we do and what opportunities are available for a challenging and rewarding career, and they stay here. We're trying to develop those relationships early so we know who that someone is that has that skillset that we can continue to develop."