State seeking ideas from the public on Broadway Market improvements 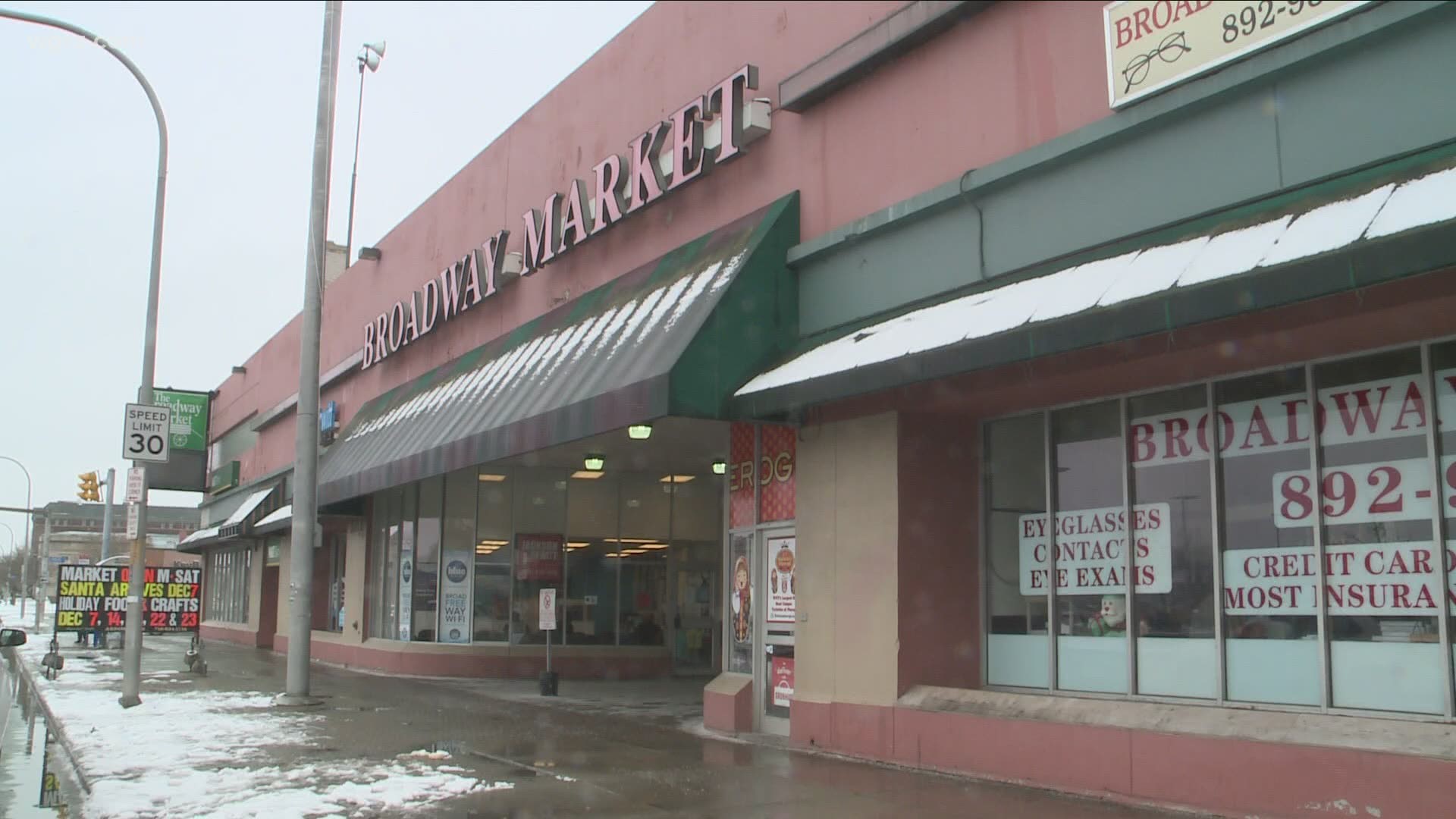 BUFFALO, N.Y. — It's an iconic place filled with fond memories of shopping for food and local goods for many Western New Yorkers. Now, New York State is investing several million dollars to enhance the Broadway Market, and they want input from the public on how to do it.

The funding is coming from Empire State Development and the Buffalo Billion. They've hired local architecture firm CJS Architects to lead the revitalization effort. The firm will host a virtual public meeting Tuesday night to gather ideas for improvements.

The goal is to turn the Broadway Market a year-round destination that can draw crowds beyond the popular Easter season. Throughout the COVID-19 pandemic, CJS has been surveying the public online about improvements they'd like to see, such as changes to the interior and exterior of the market, food selection, and adding events like farmers markets and concerts.

This effort adds to a recent $2 million investment from the City of Buffalo to make improvements to the Market.

"The Market historically has played an important role as a center for year-round, international, owner-operated, affordable fresh and prepared food shops and neighborhood services," a press release from Empire State Development read. "As the community around it has changed, the Market is now seeking to maximize its relevance to Broadway-Fillmore and to expand its customer base in order to serve as a sustainable stimulus to neighborhood development, as well as an attraction for the region."

Tuesday's Zoom meeting will begin at 6 p.m.  Here's everything you need to know to participate in the meeting.

Those who cannot participate in the virtual meeting are encouraged to complete an online survey by June 30 by following this link.

RELATED: Seeking ideas for the future of the Broadway Market and Buffalo