The classes are some of the first group fitness classes of any kind offered in WNY since March. 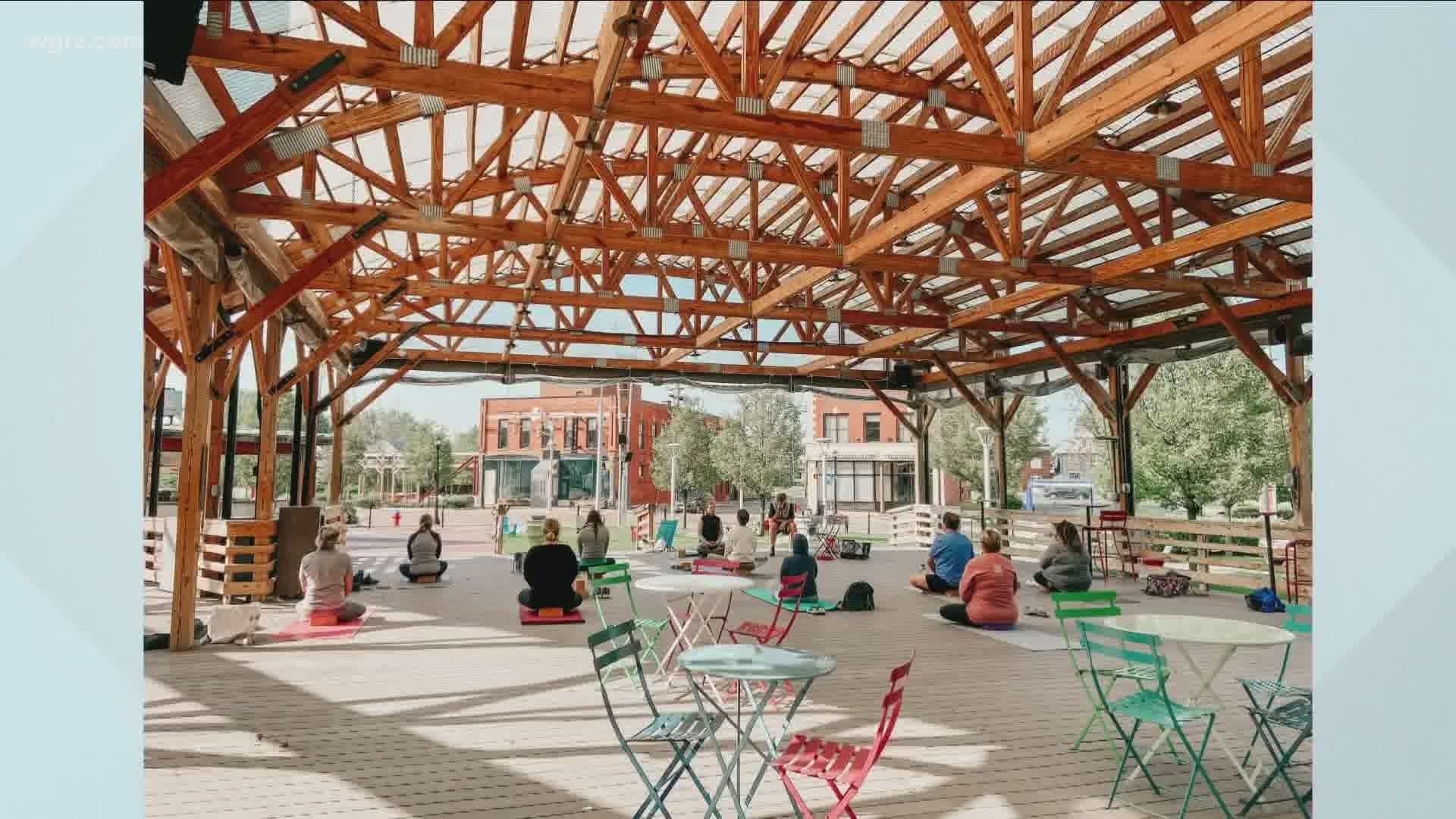 BUFFALO, N.Y. — In a typical summer, an outdoor yoga class in Buffalo wouldn't be news. There are usually tons of them all over Western New York every season. But this is 2020, and with gyms and fitness studios left out of Phase 4 of re-opening, studios are getting creative. Some of the first group fitness classes of any kind happening in our area since March have popped up in Larkvinville.

Space on Seneca is holding socially distanced yoga classes on the boardwalk of the square on Wednesdays and Sundays. Mats are spread out six feet apart, and everyone wears masks until they start class.There are no-hands on assists from the teachers, and payment all happens electronically.

Owner Colleen Heidenger says that after getting used to Zoom yoga classes, she wasn't sure if people would feel safe coming back and practicing together again. After the first class though, it was clear that for some students, it was an emotional return.

"We concluded, and there was one person who had tears in their eyes," she told 2 On Your Side. "It's the practice, moving your body, being with people in this community that really, really respect and love one another. Its like, how did we go two and a half months without it? "

The classes are on Wednesday nights at 6 and Sunday mornings at 9. They're open to yogis of all levels. They're $15 per drop-in session, with packages available.

Text 716-207-1566 or email yoga@spaceonseneca.com, or send a DM to @spaceonsensca on Instagram to reserve your spot. Classes are limited to the number of people allowed in a gathering by the state at the time.