Silo City gets a little more artsy for the summer 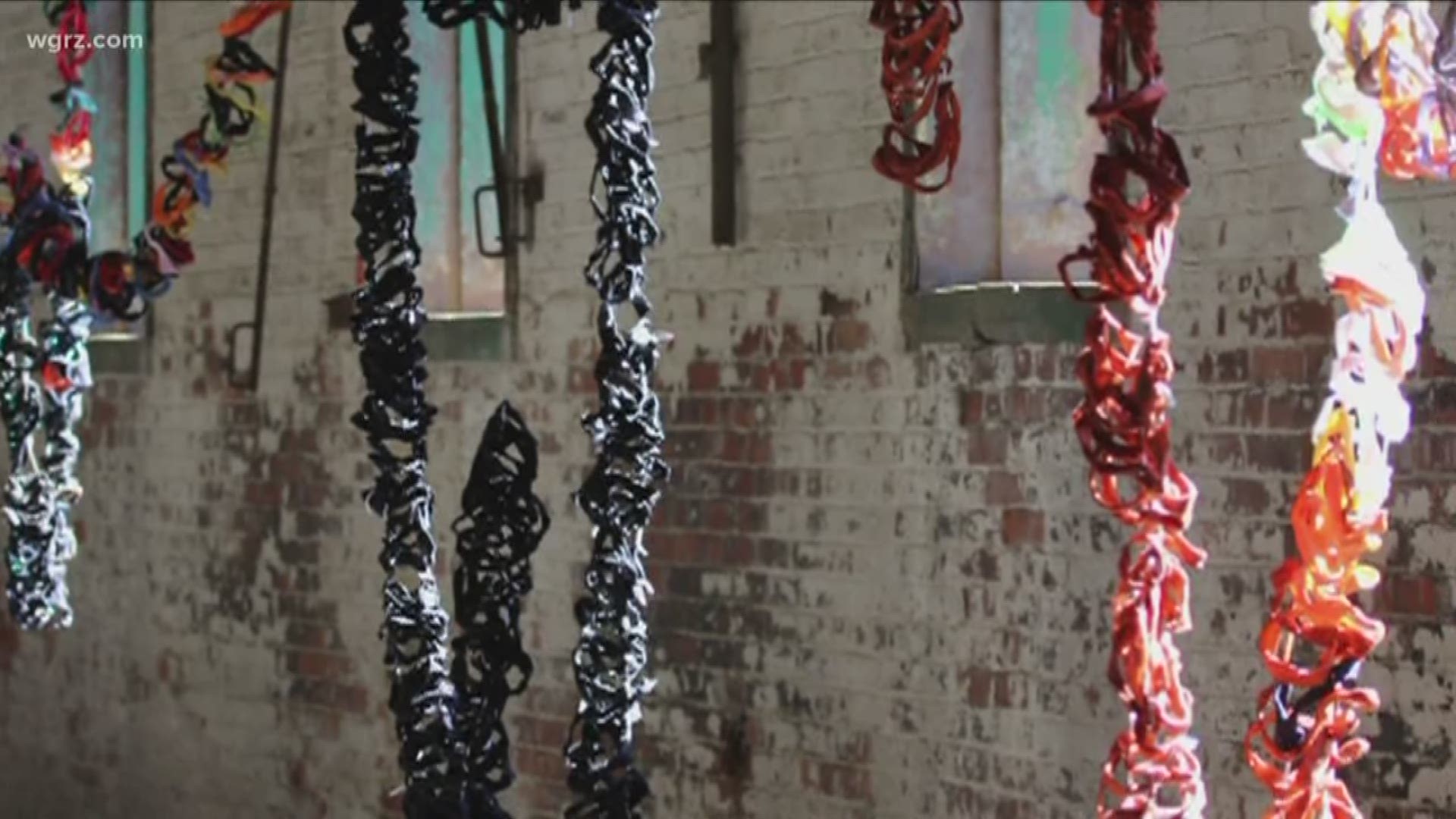 BUFFALO, N.Y. — Buffalo's historic grain elevators have been a source of curiosity and inspiration over recent years. That's why Buffalo Arts Studio wanted to team up with artists to make the site even more eye-catching this summer.

"Summer Solstice at Silo City" features indoor and outdoor installations at the grain elevator site off Ohio Street by the Buffalo River. The artists were challenged to take into account the changing light patterns and weather conditions while designing their pieces. The pieces were introduced during a special celebration for the first day of summer last week. Now, they will remain on site as is, and either survive, or crumble.

"The artists knew that going in that this work was going to be subjected to the elements," said curator Shirley Vericho. "These buildings are not secure any longer. There's lots of windows missing, doors that don't shut, roofs that leak. So the artists knew that and we talked a lot about that, thinking about how would the artwork endure, or deteriorate, like any other aspect of the site. So some of that's going to happen."

The six featured artists were chosen from a pool of 20 submissions. Four of them were local, including Landon Morris, a Buffalo State College fashion student who made a hanging piece out of recycled t-shirt hems.

Since Silo City is not regularly open to the public, the best way to experience the exhibit, and the site in general, is to take a tour through Explore Buffalo. Click here for a schedule and to sign up.