The organization hopes to take the show on the road for small live audiences of 50 people or less later this summer. 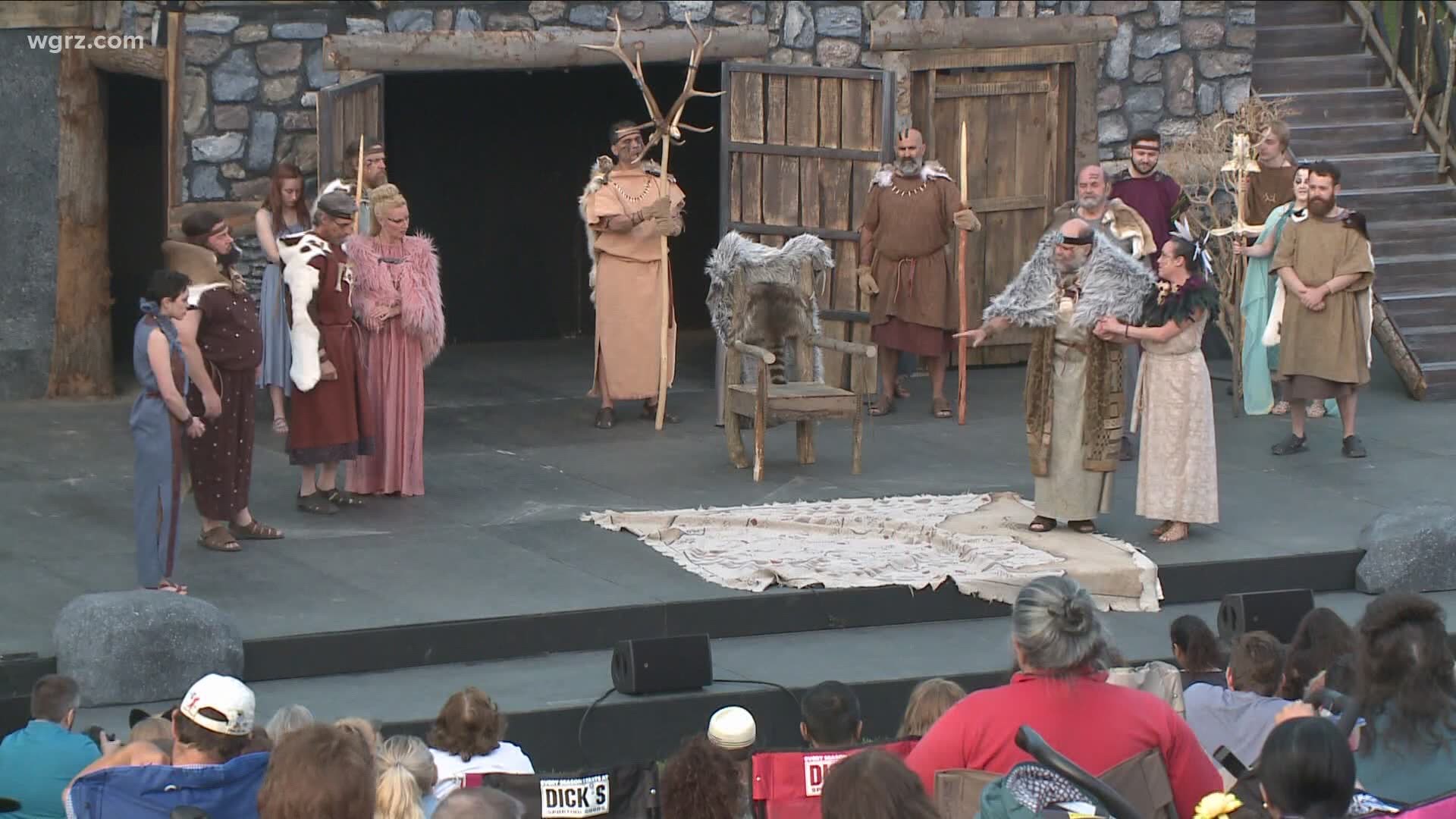 BUFFALO, N.Y. — This should have been Shakespeare in Delaware Park's 45th season. Instead, they're calling it their "Intermezzo" year, as they take a brief break before the celebration, due to Covid-19 concerns. In the meantime, they're still finding ways to bring the famous plays to the people.

A group of four actors have been putting on 45-minute Zoom performances of some of Shakespeare's greatest hits. They did one on the Burchfield Penney Art Center's social media pages last week, and are teaming up for another one on Tuesday afternoon, with University Express. Executive Director Lisa Ludwig says the show features small bits of some of Shakespeare's most popular and well-known plays. Once the Zoom sessions are done, they're hoping to take it on the road to live audiences of 50 people or less later in the summer.

It’s not the same as being on Shakespeare Hill, but Shakespeare in Delaware Park is still bringing the Bard’s most famous and well known plays to the people this summer.

They’re hoping to take their “greatest hits” virtual show on the road to small audiences in August. @WGRZ pic.twitter.com/6h4999IYTR

"We've got a little bit of Midsummer, Romeo and Juliet, which is great because social distancing works really well, because it's the balcony scene, so they're not near each other anyway," Ludwig told 2 On Your Side. "I think we've got some Hamlet. It's just it's just like I said, it's everybody's favorite parts. So, it's just keeping it nice and fresh for people this summer to still get their little Shakespeare in."

To check out the Zoom version of "Shakespeare's Greatest Hits" on the Burchfield Penney Arts Center's Facebook page (performance starts at 1:10:00 mark).

RELATED: Remainder of Shakespeare in the Park season canceled