The collection celebrates the creativity of a hospital staff who has been, at times, pushed to the brink by the pandemic. 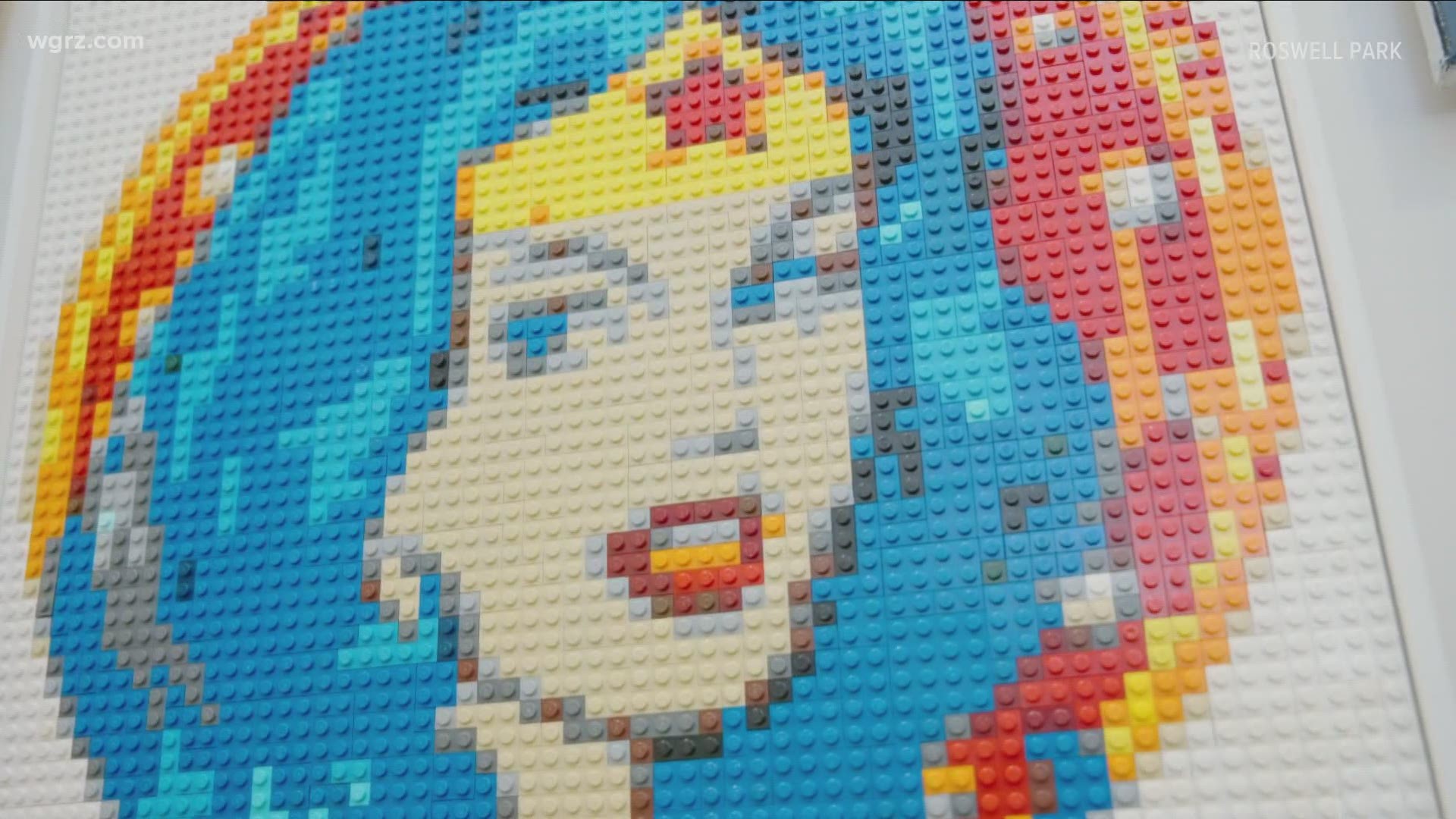 BUFFALO, N.Y. — "In the pandemic, it was crazy and chaotic, and constantly changing."

That's why around this time last year, Dr. Maansi Bansal-Travers picked up a new hobby, away from her job as a research scientist at Roswell Park. She started drawing mandalas, which represent the circle of life.

"My cousin in Mumbai, I actually Zoomed with her for four hours through the time difference, so that she could teach me," Bansal-Travers told 2 On Your Side.

One of her mandalas is now part of Roswell's Employee Art Exhibit, inside the hospital's Scott Beiler Clinical Sciences Center.  The collection celebrates the creative side of a hospital staff who has been, at times, pushed to the brink by the pandemic.

"Everybody who works here has a day job and it's a hard day job," said Travers. "That they can all find time to express themselves creatively in such different ways, and to make such beautiful pieces, I was awestruck."

Pat Manzella, a radiology technical administrator, created one of the more eye-catching pieces in the display: a Lego mosaic of Wonder Woman. He first created it when cancer struck his family seven years ago.

"In 2014, my son was diagnosed with cancer," Manzella shared with 2 On Your Side. "He was just starting kindergarten, and his favorite toy at the time was Lego. "

His son Brody is doing great now. The eleven-year-old is in remission with no signs of cancer. His favorite super hero is now bringing smiles to the faces of other kids who are fighting the same thing he did.

"I said, it would be kind of cool to show it for patients," Manzella said. "Especially the kids going through for cancer." 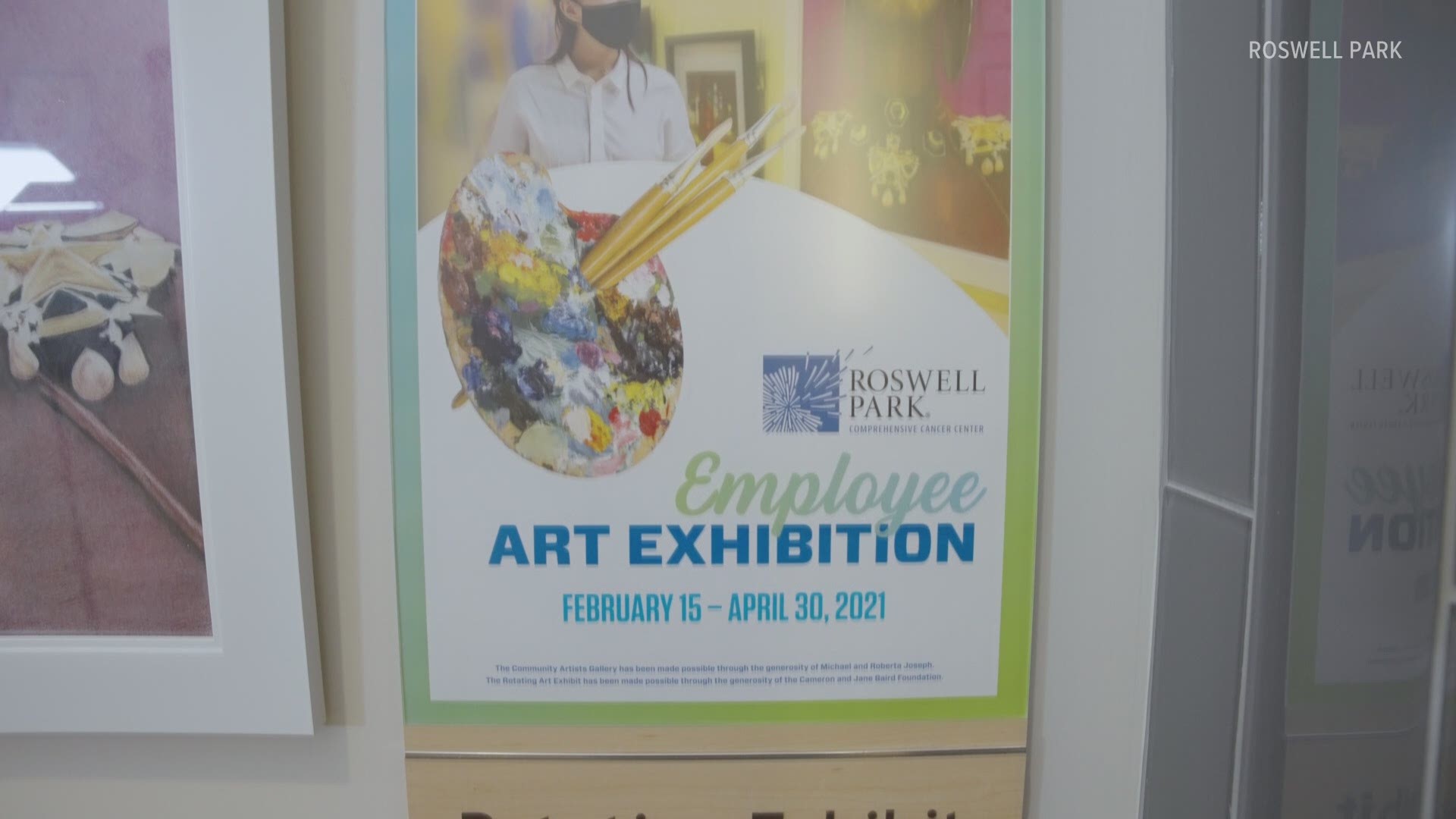 Roswell's art chairperson says the personal nature of the pieces in the staff art exhibit are what makes it so special.

"We want to make sure someone who is looking at the art sees that the hand of the artist is evident," RoseAnn Berardi said.

"If you provide a whole range, then there's going to be something to move you."

One artist hopes, it will move people enough to remind them to take a moment to themselves.

"If everybody who looks at it, if it gives them a moment to kind of get out of their head, then I think it's helpful. I hope," Bansal-Travers said.

The exhibit will be on display until April 30th.