Maria del Carmen and Alian Rodriguez have officially moved Kiosko Latino to its own brick and mortar at 345 West Ferry Street. 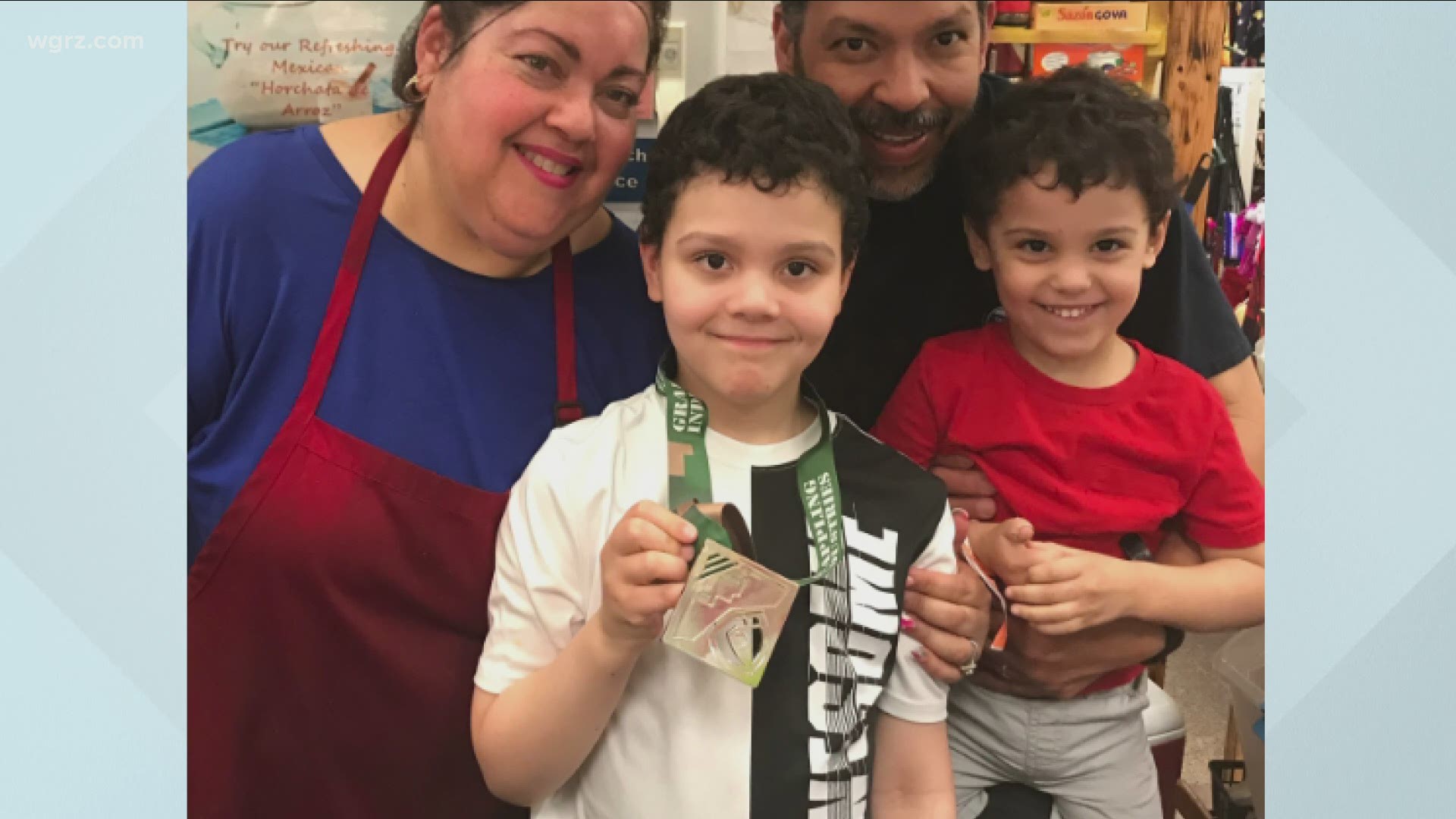 BUFFALO, N.Y. — The West Side Bazaar is a business incubator that brings Buffalonians from different cultures together. Sometimes, those business owners are successful enough to move out to their own brick and mortar location. Despite the pandemic and the challenges its brought to the restaurant industry, that's exactly what Maria del Carmen Rodriguez and her husband, Alain, just did.

The couple first opened Kiosko Latino in the West Side Bazaar in 2017. Earlier this month, they officially began serving their authentic Mexican and Puetro Rican cuisine from the storefront at 345 West Ferry Street. That's where the kitchen was that they'd previously been renting to prepare their food for the Bazaar.

While they enjoyed growing their business as vendors in the bazaar, opening their own restaurant was always the dream for the couple, who were both born in New York City but raised in Puerto Rico.

"I'm very happy because regardless of the pandemic, we are surviving and we are moving forward, thank god," Carmen told 2 On Your Side. "Our plans are in the future to expand more. Have people sitting, and put another business somewhere else. So, we would like to expand."

Kiosko Latino is the twelfth business and just the second restaurant to graduate from the @WestSideBazaar in the last eight years. They say it's their legacy to leave for their children and grandchildren, and they hope to expand to even more locations. @WGRZ pic.twitter.com/CvBxkIbgiA

"She's one of our business owners who's always open to learning more," said Bob Doyle of the Westminster Economic Development Corporation, which operates the West Side Bazaar. "Always willing to learning more, and I think took advantage of a lot of opportunities there."

Kiosko Latino is open seven days a week for takeout and delivery. You can learn more about the restaurant by following them on Facebook.