Remembering some of WNY's heroes of D-Day

75 years ago thousands of troops stormed the beaches of Normandy. Many of them never returned home. 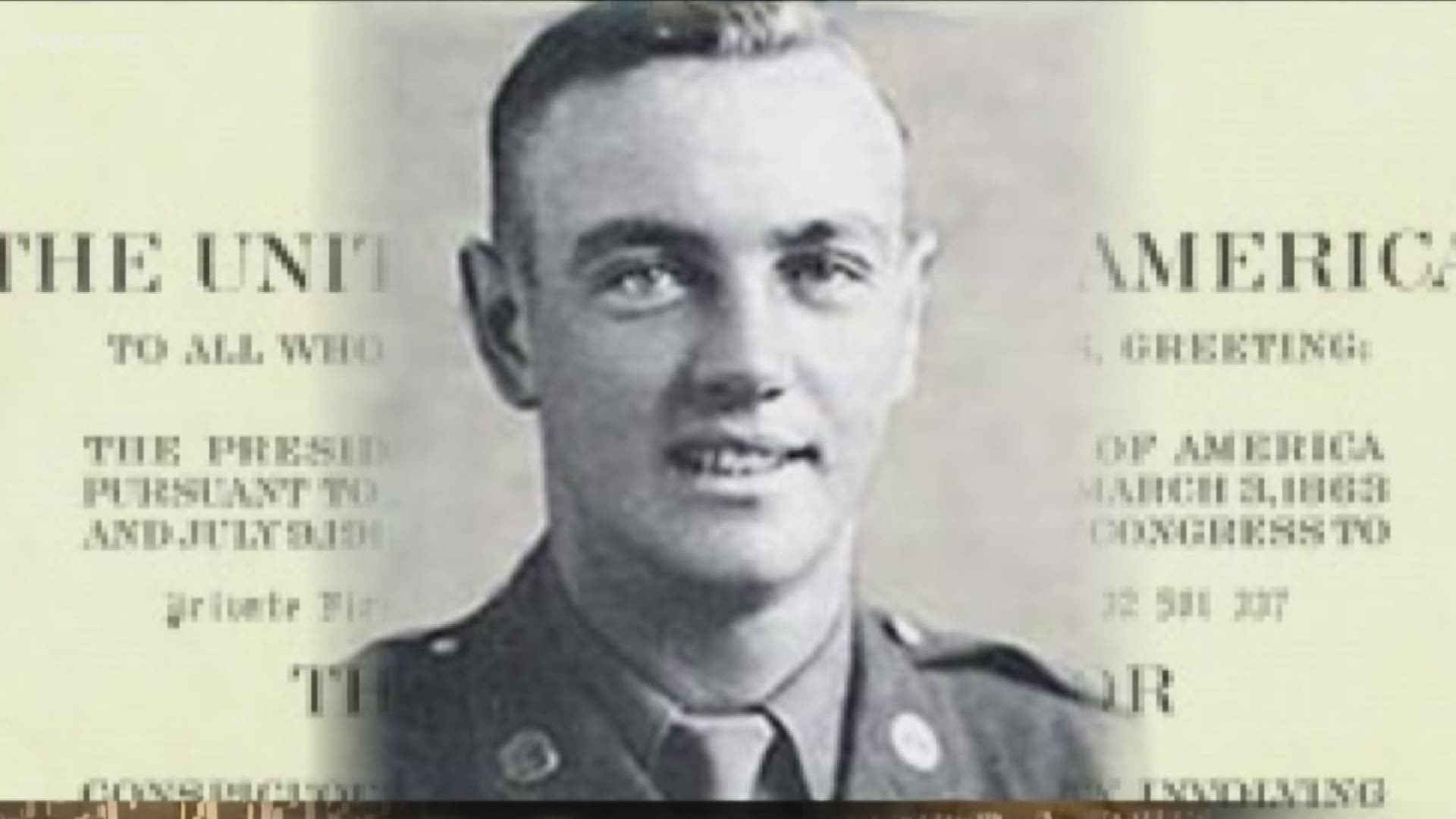 BUFFALO, N.Y. — 75 years later, Normandy remains hallowed ground. A land of heroes and sacrifice. Where men, barely older than boys traveled across an ocean to save the world from tyranny.

The reminders are moving, and they are everywhere. From the sands of Omaha Beach, where hundreds died, in a hail of bullets, to the cliffs at Pointe du Hoc, scaled by army rangers to overtake their enemy, the land is still scarred from the war waged.

The farm at Brecourt Manor is where Tonawanda's Skip Muck, and his band of brothers in Easy Company helped secure victory by knocking out a crucial German gun battery.

Possibly the most moving spot is the American Cemetery. It's the final resting place for 9,387 men who sacrificed themselves for the good of the free world.

"You can't be human and not realize what happened here. These people gave up everything, their families, they gave up everything you know? " says Daniel Neese, the superintendent of the American Cemetery at Normandy.

Two of the most visited graves are Robert and Preston Niland: the Tonawanda brothers, whose loss inspired the movie Saving Private Ryan.

The film opened a path of discovery for the Niland family. Pete Niland found out how heroically his uncles died. Bobby Niland, at Neuville au Plain, where he sacrificed himself to save a wounded soldier and the medic treating him.

Preston, was killed by a sniper on this spot near Utah Beach, as the family story goes, while trying to save a wounded soldier.

About 20 kilometers away from Utah Beach, near the village of La Fiere, a physical monument stands to Charlie Deglopper.

"We've run into three guys who were in the company who said if it wasn't for charlie, we wouldn't be here today," Ray Deglopper, the nephew of Charlie tells 2 On Your Side.

Deglopper was a soldier from Grand Island, who knew the Nilands. Deglopper's unit came under sniper fire on a road, he jumped in front and started firing wildly, attracting all the attention and bullets to him. He was the only casualty. Charlie was awarded the Medal of Honor, posthumously He is also honored in the Airborne Museum in St. Mere Eglise.

A short distance from La Fiere is the hamlet of Guetteville, where a young Western New York priest was dropped with his paratrooper unit.

Father Ignatius Maternowski, a member of the first graduating class at St. Francis High School, was killed as he tried to negotiate a joint civilian hospital with the German officers. All these years later, Father Maternowski's sacrifice is not forgotten, in Gueutteville, nor at his alma mater where the award for the school's top athlete bears his name.