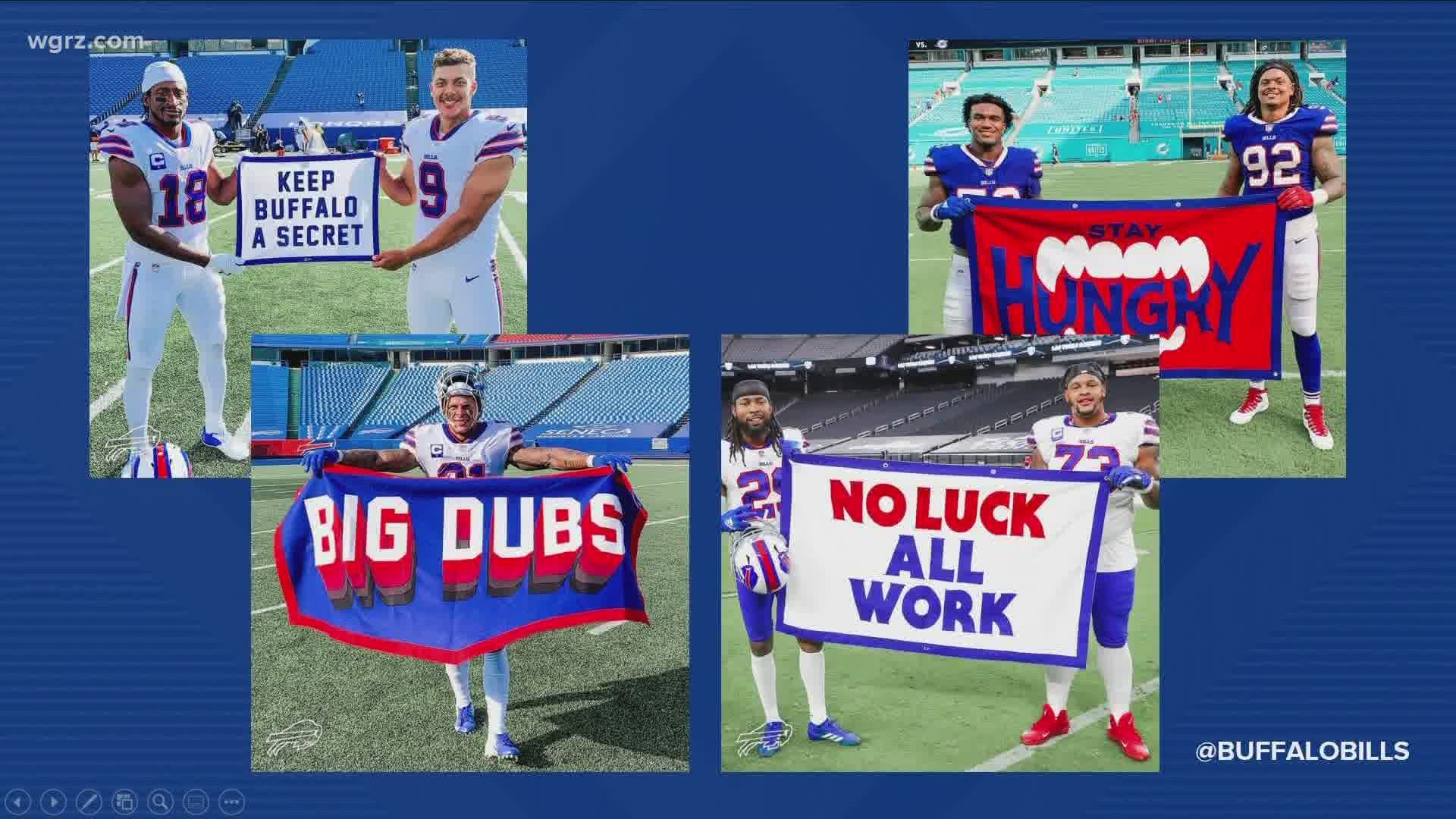 BUFFALO, N.Y. — The Bills keep racking up wins, and local manufacturing company has created a new way for fans to remember each and every one of them.

Oxford Pennant is the Buffalo-based manufacturer of wool-felt pennants. They teamed up with the Bills this season to celebrate each win with a custom phrase on a Bills-themed banner. After each win, the players pose with the banner on the field, then the banners are available for fans to purchase on Oxford Pennant's website.

There’s no such thing as luck. Go Bills. https://t.co/6b6Ch9usBO

"The idea behind it is to showcase the Bills relationship with a locally owned business, its connection to the Buffalo community," Oxford Pennant Co-Founder David Horesh told 2 On Your Side. "On the flip side, what we're trying to demonstrate with being a partner of the Bills, is we do all our own manufacturing in downtown Buffalo. So we're trying to demonstrate the team's ability to watch a game on Sunday, capture a narrative by Tuesday, manufacture something by Thursday, and have it take the national stage by Sunday."'

Oxford Pennant is also the creator of the popular "Keep Buffalo a Secret" mural and merchandise, so naturally, they were delighted to see Josh Allen wearing one of their shirts during a pre-recorded interview that ran before yesterday's game.

To purchase one of the Bills victory banners, click here.