One Year Later, the impact of George Floyd's murder in WNY

Pastor James Giles of the Buffalo Peacemakers explained, some progress has been made, but there is still work to be done. 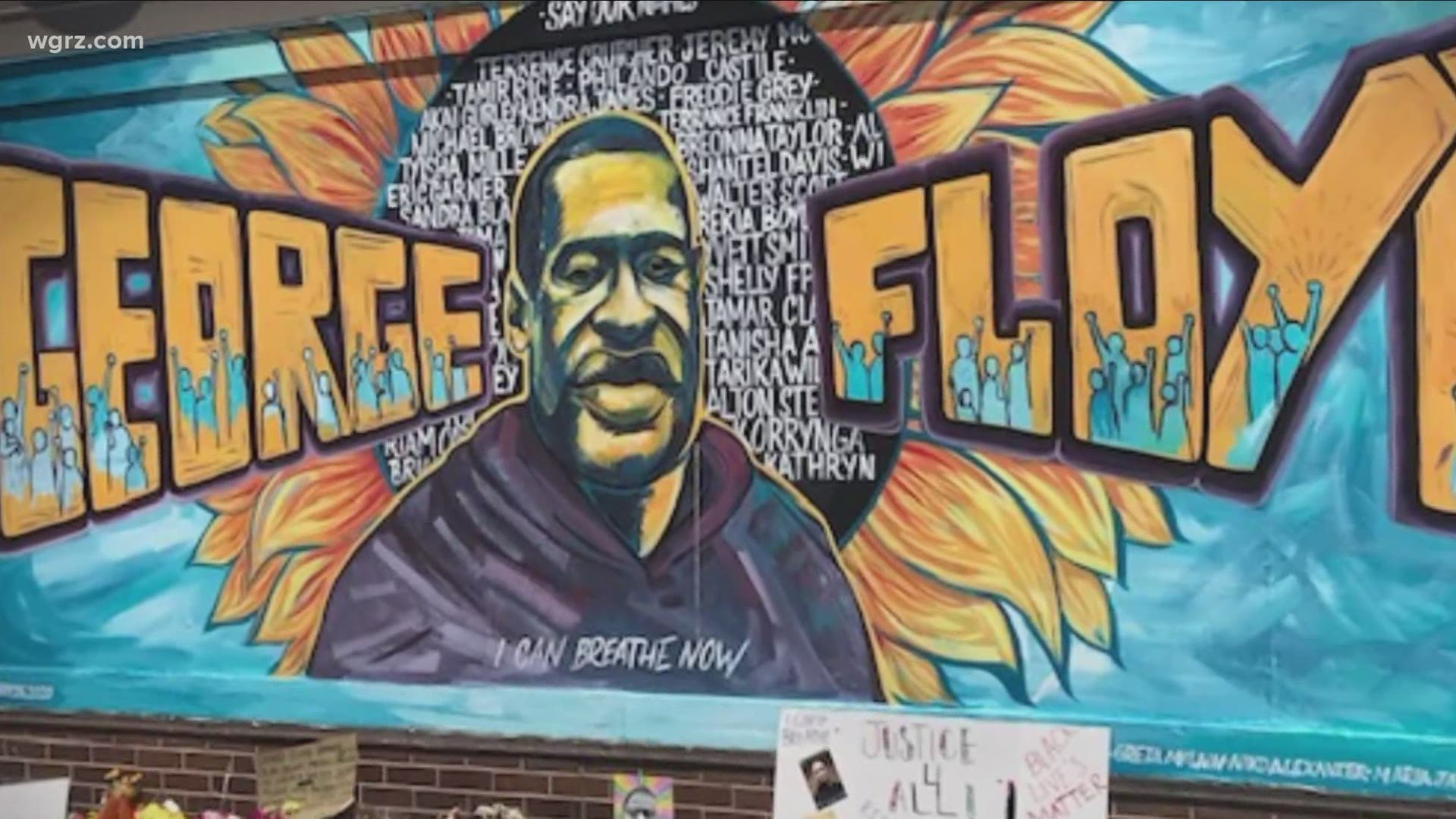 BUFFALO, N.Y. — One year after the murder of George Floyd, community leaders in Western New York are reflecting on the impact his death had on conversations about race locally.

Some of the demonstrations that took place in the summer of 2020 were concentrated in Niagara Square. Among the demonstrators were The Buffalo Peacemakers. The group often serves as intermediaries between the police and the public.

Pastor James Giles oversees the Peacemakers and explained that he has seen some progress in the year since George Floyd was killed, but he believes there is still work to be done.

Giles said last year, he noticed it wasn’t just people from communities of color who were tired of the racial injustices they experienced joining protests. It was also people who were awakened in a way and realized they did not want to stand idly by in a community and a country that would allow these things to happen.

This morning on #Daybreak, one year after the murder of George Floyd and the demonstrations that happened afterward, local community leaders reflect on where we are now and where we need to go next. Stay tuned for that on. @WGRZ

A year later, he says he’s continued working with City of Buffalo officials and even spoken with incoming recruits from the police academy and he’s noticed a real effort to address historical injustices, but he wants the empathy he saw last year to continue in order for real progress to take place.

"African Americans in this country are tired and those who are not tired are scared that they may wind up an incident and so we really need to demonstrate the quality of life that we want for ourselves to allow others to have that," he told 2 On Your Side's Karys Belger.

Pastor Giles also mentioned it’s not just police practices that have come to the forefront, a year later, more conversations are happening around inequalities for things like education, employment, and housing opportunities.