A Western New Yorker making a name for herself as an artist, with impressive display in Niagara Falls and a feature spot at Buffalo Comicon. 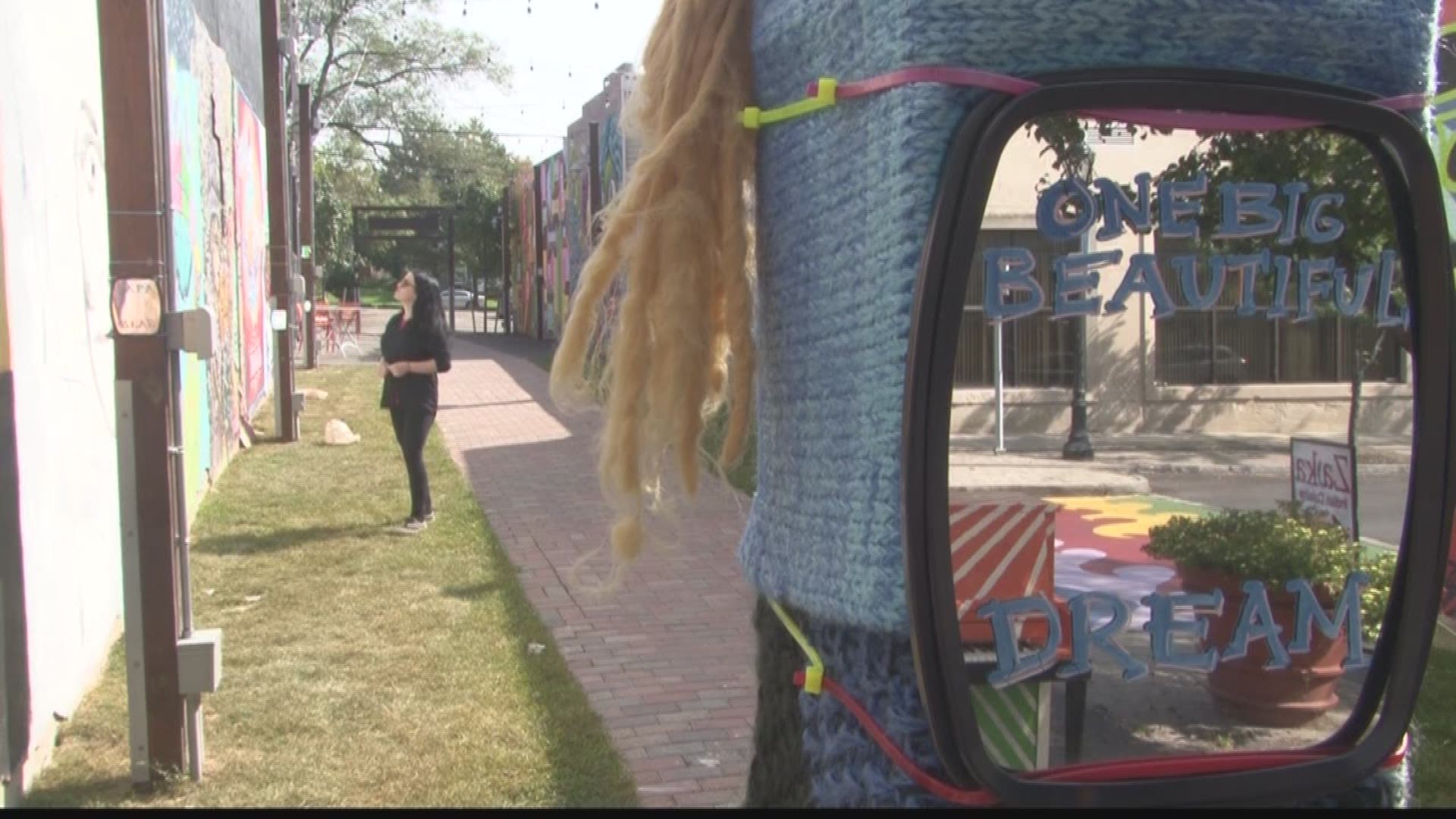 NIAGARA FALLS, N.Y. - Taramarie Mitravich’s first artistic memories come from when she was in first grade.

Whether it was one of her favorite cartoons, a flower she saw outside, or sketching out pages of Peter Rabbit.
The most important thing for her, she said—even at a young age—was to mimic.

Not to trace, but to free-handedly draw pictures and images as close to scale as she could.

"It wasn't homework or anything, and I wanted to show it off to the class, and I did, and I was so excited about doing that, and getting any kind of feedback,” said Mitravich.

Before she’d lost even half of her baby teeth, her drawings represented gifts to her mother and grandmother, sometimes stapled together in books she could gloss over in the years ahead.

“No one really told me 'Oh, that's incorrect. That's wrong.' I just kept doing it, and then figured it out on my own."

But as her teenage years approached, a series of life events began to shift her artistic expression; her father died when she was five-years-old, and then lost her mother when she was 11.

After that, her focus shifted away from drawing “pretty” and “happy” things.

In her own words, Mitravich called her younger self “scared of everything.”

She moved in with her grandmother, and continued to draw, but those Peter Rabbit and flower pictures were replaced with a darker tone.

Among her newer influences was Tim Burton, who spent a number of years as an artist before jumping into films.

"I never wanted to mimic or copy him at all, but I liked that he used thin lines, very flowy movements, very sketchy, he used water colors, he used pencils to shade."

Burton’s macabre style made up half of the style she’d spend the next 10 years perfecting; the other half, she said, came from her first time ever watching The Exorcist.

“I pushed myself to watch it, and then I became interested in the process of how the movie was made,” she said. “From that point I looked into the art of how that was made."

At 21, Mitravich said she’d perfected the style she wanted to call her own.

And it clearly worked: she landed a job right out of college with Revolution Messaging out of Washington D.C.

Mitravich currently serves as the lead designer with MoveOn.org, one of her clients at Revolution Messaging, who represent a growing national advocacy group and political action committee.

But trying to keep her personally illustrations and designs separate from her private art is a tricky balance.

"One of the reasons why I create what I create is not only to get a reaction out of other people, but its to influence other people, especially younger kids, younger girls, that they can create and be passionate about something."

Perhaps one of the most vivid examples she can point to is found in the Art Alley of downtown Niagara Falls; at 25, Mitravich was recruited as one of 16 artists to put up her own unique mural.

As the one-year anniversary of the Art Alley approaches, Mitravich is also preparing to have her work featured at Buffalo Comicon from September 30th-October 1st.

From there, she’d like to join other art shows and exhibits, or try her hand at designing skateboard decks, among her many entrepreneurial ventures.

“I don't have a big voice, I don't like to speak a lot in public, but if I can do it through imagery, then I feel like I've done something,” she said. 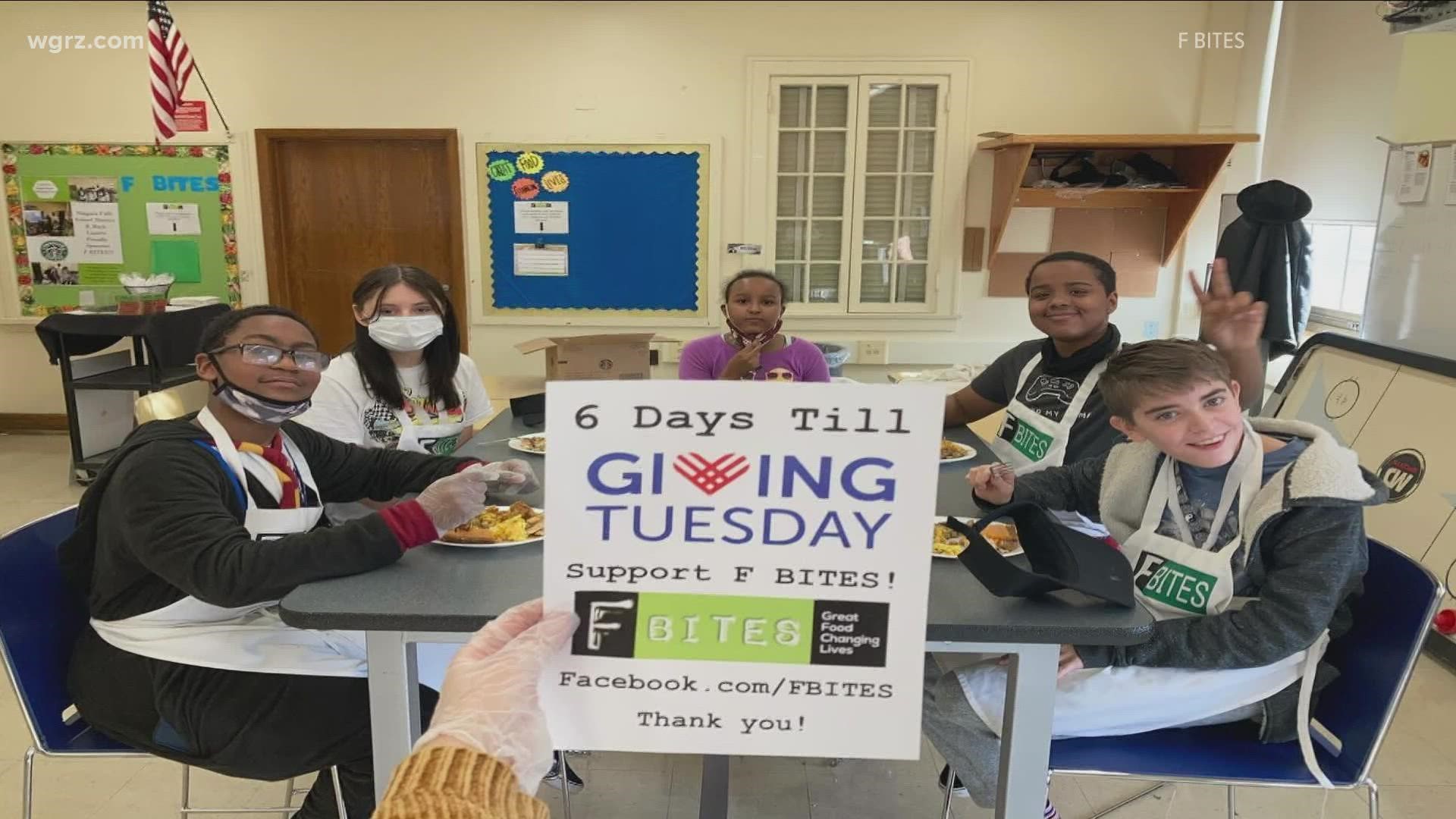