Dr. Darren Brown-Hall said communication is key during tumultuous times. "It's one thing to give parents information. It's another thing to really talk and listen." 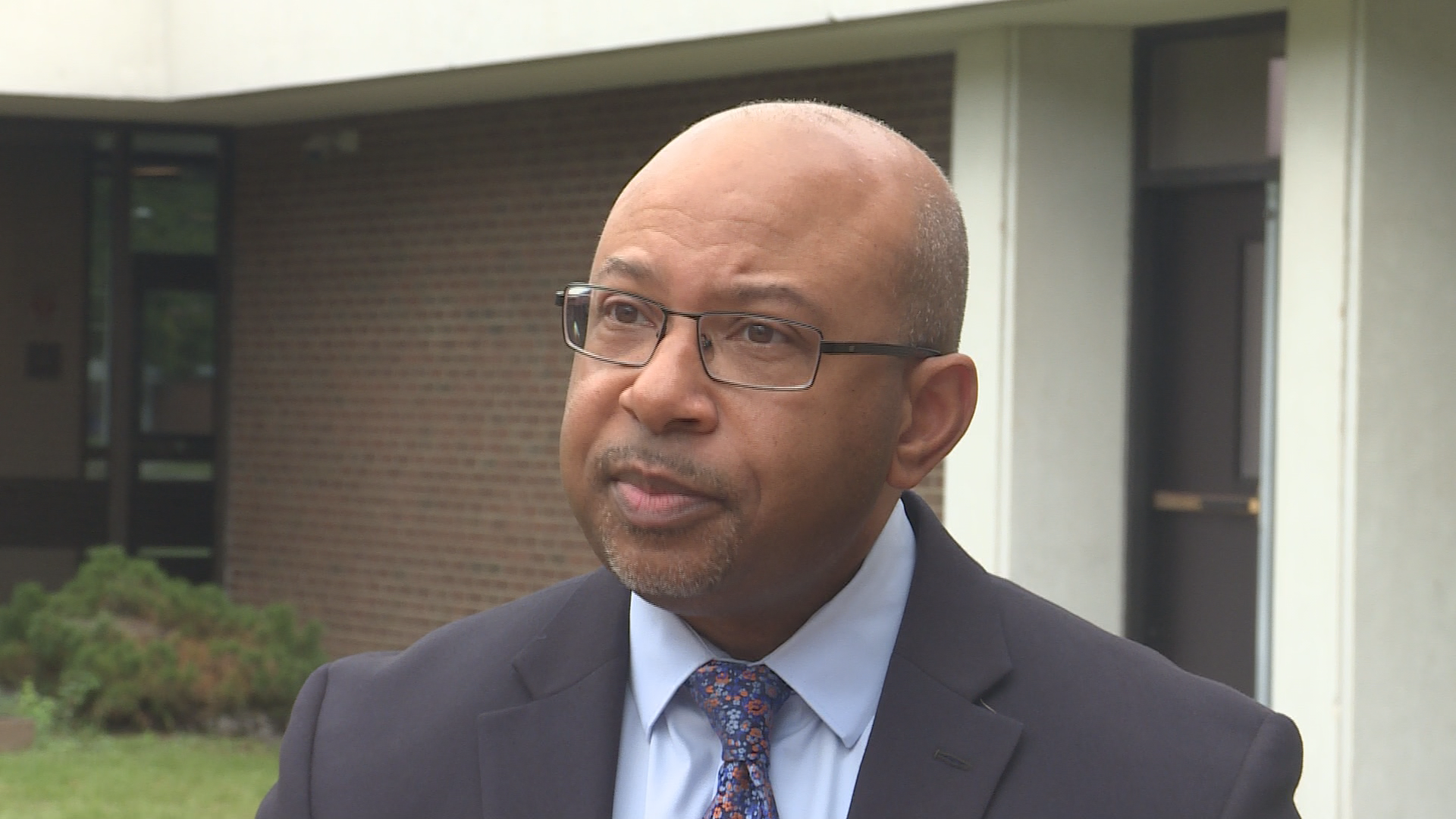 WILLIAMSVILLE, N.Y. — On the first day of school, Williamsville's new superintendent of schools is likely to have just as many butterflies in his stomach as the students walking through the halls. After all, he is overseeing Western New York's largest suburban school district with nearly 10,000 students in 13 schools and a $205 million budget in the midst of a pandemic.

It is a daunting job, but one that Dr. Darren Brown-Hall feels prepared to take on.

The 47-year-old is the son of a schoolteacher who grew up on Buffalo's East Side, graduated from Hutch Tech, and stayed in Western New York to earn his bachelor and master's degrees, MBA and doctorate.

"Buffalo has been good to me, good to my family and it really has been a hometown community," said Brown-Hall during a sit-down interview with WGRZ anchor and reporter Melissa Holmes.

He has 20 years of experience in education, beginning as a math teacher at Sweet Home High School. (In the interest of full disclosure, Brown-Hall taught Holmes at Sweet Home in 1998).

He worked as Assistant Principal at South Park high school, principal of Buffalo Academy for Visual and Performing Arts and Community School #53, associate superintendent for human resources, and most recently chief of staff for the Buffalo Public Schools.

Credit: WGRZ
Dr. Darren Brown-Hall began his education career as a mathematics teacher at Sweet Home High School. This is his faculty photo in the 2000 yearbook.

When he was sworn in as superintendent of the Williamsville Central School District in July 2021, the husband and father of two also became the first Black and openly gay superintendent in a local suburban school district. He said it means a lot to him to represent diversity.

"And it means a lot for students because the visibility is there," Brown-Hall said. "So when you see someone in a position that you possibly could strive for, it means a lot when someone looks like you or has a similar background and you know that you can strive for that level also. And we have to keep in mind, I might be the first time someone interacts with an openly gay African-American individual, so there's a lot riding on that."

Those first interactions for Brown-Hall came in a series of listening tours he led over the summer.

"Parents want real communication. It's one thing to give parents information - it's another thing to really communicate with them," he said. "Really talk to them and listen to them. A lot of the listening tour was taken up with individuals who are pro-mask or anti-mask, so we worked through that also, realizing that in these times, it's impossible for everybody to be happy, but what we're going to do is what's in the best interest of kids and follow the necessary guidance."

With the resignation of former Superintendent Scott Martzloff amid a rocky handling of the pandemic to start the 2020-2021 school year, Brown-Hall knows he needs to gain the trust of families, teachers, and staff to be an effective leader.

He's already gained the support of the teachers' union and the PTSA Council, who tell 2 On Your Side that their interactions have been positive so far.

"Darren has been fairly easy to work with so far and responsive to our questions and concerns," said Michelle Licht, Williamsville Teachers' Association president.

"Dr. Brown-Hall seems very knowledgeable and determined to do a great job," Fletch said. "He has been very transparent and ready to answer any questions or concerns thrown at him."

Brown-Hall said he prides himself on those relationships.

"Even when I worked in Buffalo, (Buffalo Teachers Federation President) Phil Rumore and I would go toe-to-toe over some issues but we had a great working relationship because we both felt that we were doing what was in the best interest of kid," she said. "So I want to take that into this new position also. We won't see eye-to-eye all the time, but it's a matter of proper communication."

Brown-Hall said his biggest challenge will be making sure everyone knows there is still a pandemic going on.

"Because once all kids are back in the school building a lot of people want to think we're back to normal. We certainly are not. So there are many strategies that we still have to keep in place to reduce the spread of COVID," he said.