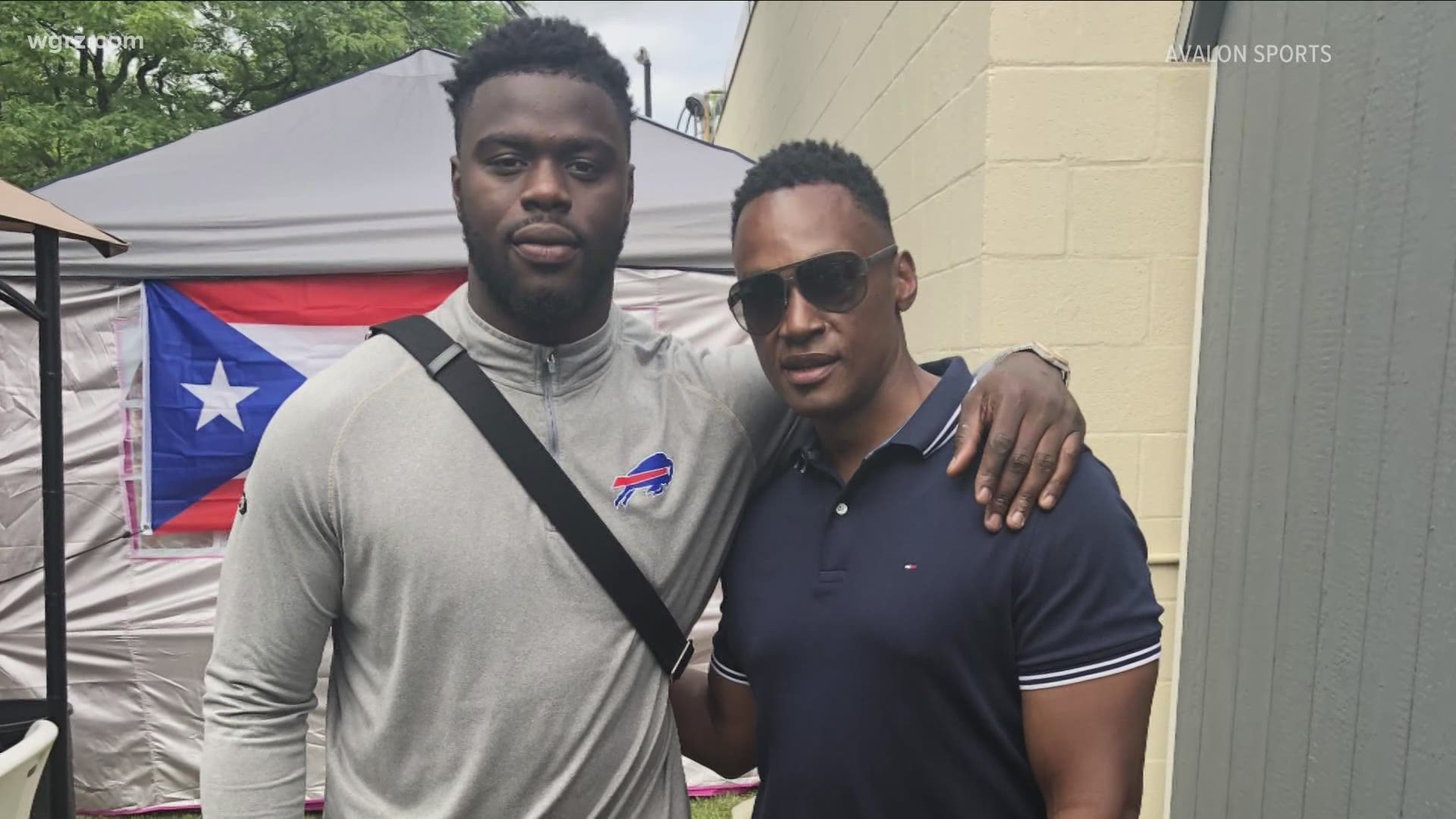 BUFFALO, N.Y. — During his sixteen year career in a variety of roles in the Bills front office, Pat Mathews got to know hundreds of pro football players. The Niagara Falls native saw firsthand how they managed their careers, and where things would sometimes fall between the cracks.

"There's the assumption that the agent handles most things, but there's also a very big gap that is not taken care of between the organization and the agent," he told 2 On Your Side.

Mathews got especially close with Shaq Lason, who went on to play with the Miami Dolphins, and is now with the Houston Texans.

"It kind of took some convicing to tell Shaq that in addition to what you do on the field, we need to build that brand off the field and that brand starts out in the community," he said.

That sentiment became the mission of Avalon Sports, Mathew's new Buffalo-based sports marketing firm. He and co-founder Deiver Montes, a former pro soccer player from Columbia, launched last fall. Lawson and current Bill, Running Back Zach Moss, were some of their first clients on board.

"A lot of people see these athletes as just a public figure that performs on Sundays, but they don't really see the behind-the-scenes behind the athlete, really what's important to them, their feelings, their interests," Montes said.

The formula for Avalon athletes is building connections in three key areas: the communities where they grew up, and played in college, and professionally.

"It starts with what the actual player wants to do and what's important to them," Mathews said. "For Shaq, he really reflected back on his background growing up. So if you get him telling the stories about when he was a kid and he was outside of Clemson, selling candy to make money and the different charitable organizations that donated to him and his family in order to help them survive, those were some of the things that he wanted to contine to do."

"This is the foundation of who I am, and I can't wait to impact the next generation," he told 2 On Your Side.

Alexander says launching in the pandemic helped them connect with athletes who had time to explore off the field opportunities during league shutdowns.

Avalon Sports is proud to announce the addition of NFL Alumni and former Pro Bowl Player Lorenzo Alexander as VP of Player Engagement.

We look forward to having Lorenzo lead the new generation of modern athletes across multiple disciplines. #AvalonSports @onemangang97 pic.twitter.com/Nvs5EERgc1

"You were faced with the world where you potentially wouldn't have any sports around you, and I think a lot of people got a taste of what it would be to live in the world post-career."

When asked if he ever saw himself working on the player management side after his career, Alexander gravitated towards a different "m" world to define his work with Avalon.

"Mentoring, managing, I mean you can put a whole bunch of different titles around it," he said. "But at the end of the day, it's paying it forward and servicing people, and at the end of my day that's what I have a purpose for."