The 7,300 flags represent the soldiers who have died from PTSD or veterans suicide in the past year 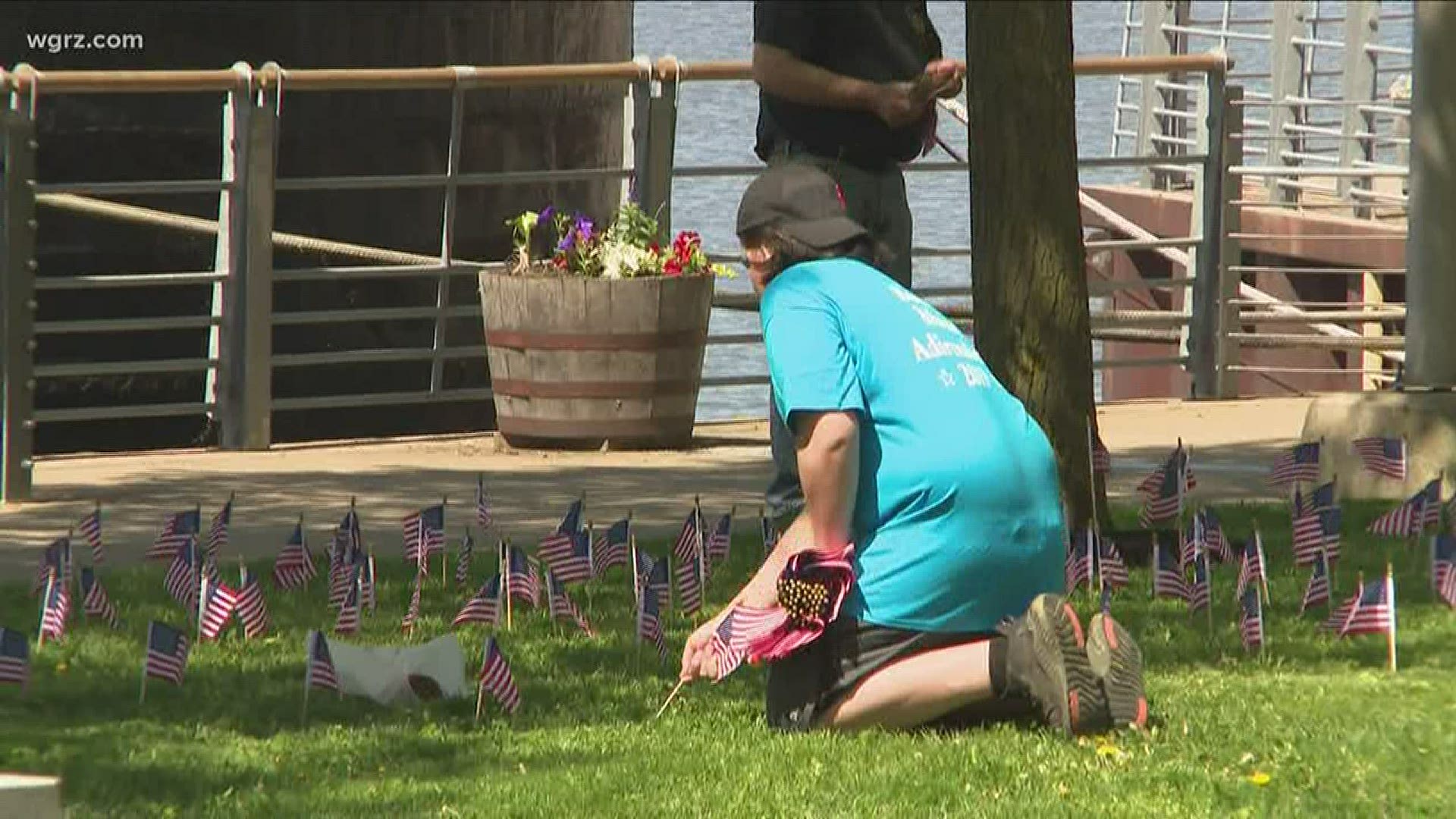 BUFFALO, N.Y. — It's not a typical Memorial Day at the Buffalo and Erie County Naval Park. One thing leaders there want to make sure of, is just because things are different, doesn't mean our veterans and their families will be forgotten.

The park was planning for a parade and a band on Monday. Because of the pandemic, those plans were tabled and they put together a tribute that can be appreciated from a car instead.

Volunteers placed 7,300 small American flags throughout the park. Each flag represents a soldier who has died in the past year from PTSD and veterans suicide. Naval Park President and CEO. Paul Marzello said he hopes the "One Life, One Flag" campaign puts the sacrifice of gold star families in perspective on this day set aside to honor them.

"To me, that's more of a sacrifice than any of us are going through right now with this Covid experience," he told 2 On Your Side.  "Yes, we are having some difficult times right now, but nothing in comparison to the gold star families and veterans families who have lost loved ones."

The original Memorial Day plans are technically postponed, but Marzello says that since the Naval Park is in Phase 4 of the re-opening plans for the state, they will more than likely be cancelled. They're working behind-the-scenes to develop a plan for the ships when the park is allowed to welcome the public onboard again.

"We're going to be online ticketing, we will have docent-led small groups, maybe 5-6 people at a time," he said. "We're thinking visitors will not be allowed down below, there will only be deck tours. So it's going to be very different. We're going to try and have some lectures from the promenade that will be helpful and educational, but at the same time it's not going to be the same experience."

The Naval Park launched a fundraising campaign called "Keep our Ships Afloat," for the community to help carry them through while they're closed to the public. You can contribute by clicking here.