Hamburg mom and daughter who fought breast cancer together, raise money to help others

Jolene Wilson and Lynn Hansen helped each other as they fought breast cancer at the same time, and now they want to help other women as well. 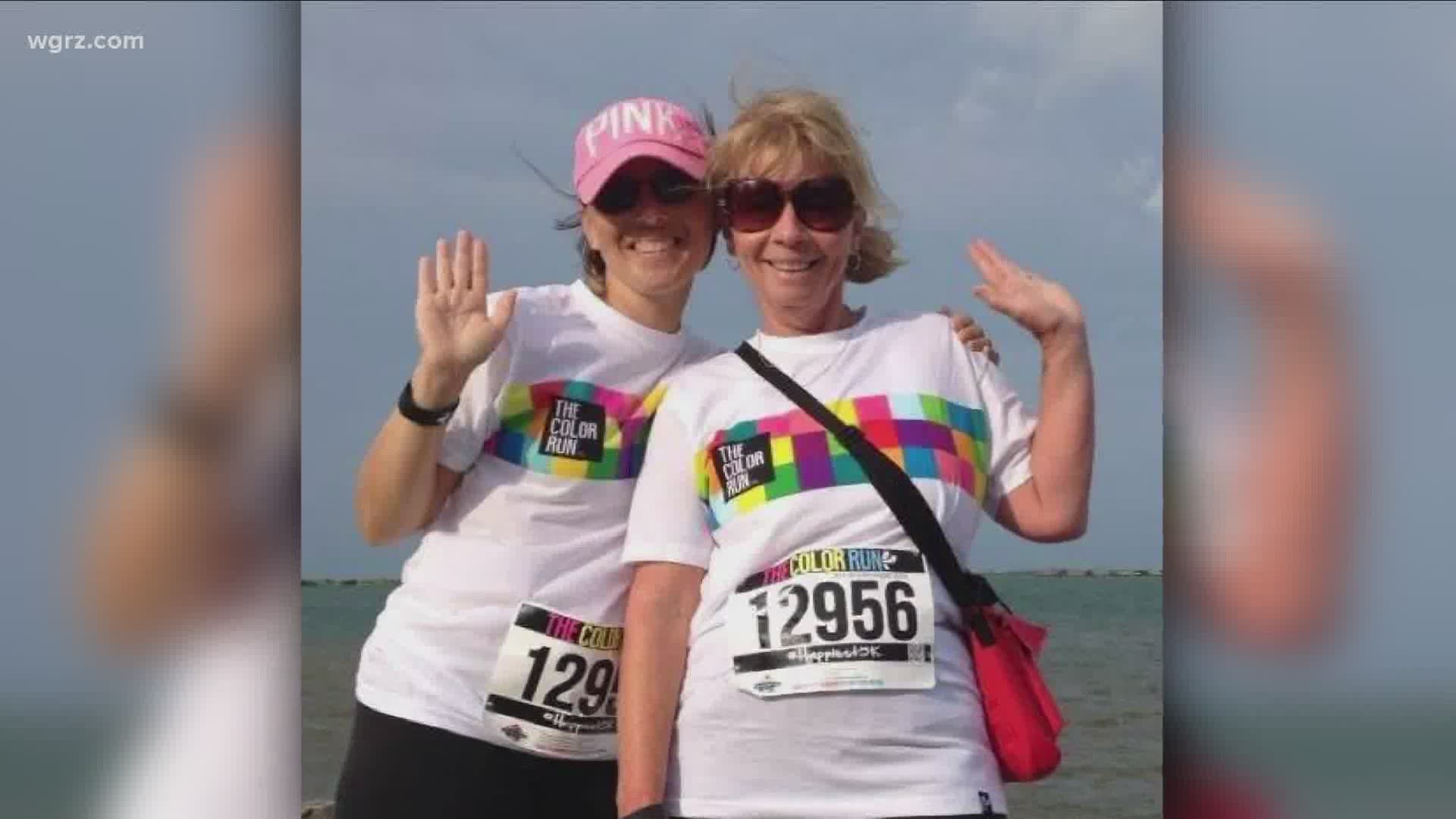 As a busy mom of two, Jolene Wilson of Hamburg admits she wasn't good about going to doctor's appointments.

But as soon as she turned 40-years-old, she decided she would go for her first mammogram in the Windsong Mobile Mammography bus. The result was shocking to her.

She caught it early at Stage 0. There was no need for her to undergo chemotherapy or radiation, but she did have a double mastectomy as a precaution because she tested positive for a genetic mutation.

And that's what inspired her mother, Lynn Hansen, to go to Windsong Radiology for a second opinion on an abnormal lump that other doctors found months earlier.

Just three months after her daughter's breast cancer diagnosis, Lynn found out she had it, too.

"I was like what? He said you have invasive stage one breast cancer," Hansen said.

Lynn needed a lumpectomy and radiation. So mom and daughter fought their separate breast cancer battles together. Bad news often comes in threes, and within a month of Jolene and Lynn being diagnosed, Jolene's mother-in-law was also diagnosed with breast cancer. At the age of 92, she is doing well.

"I guess the fortunate thing was we could count on each other. She was at my appointments just like I was at hers," Hansen said.

But it wasn't enough to help each other, they wanted to help other women as well.

They started collecting cans and bottles to donate to the Windsong Cares Foundation and the TLC Tote program through the Breast Cancer Network. The program provides totes filled with information on what to expect during the breast cancer journey to those recently diagnosed with the disease.

Jolene and Lynn asked friends and family through social media to help them collect more.

"I was not expecting the response we got," Wilson said.

"You turn something negative into a positive. And it gives us a purpose now," Wilson said.

They want to remind women to get their annual mammograms. Don't put it off. Jolene and Lynn believe they're cancer-free today because they caught it early.

They plan to continue raising funds for the Windsong Cares Foundation to support its mission – to improve access, education and research to reduce the mortality rate of cancer in our community.

They've collected 60,000 cans already and their goal is 100,000 cans. They'll collect more at their "More Than Strong" Fundraiser on Oct. 17. The chicken barbecue and basket raffle is planned for the Hamburg Moose Club at 45 Church St. in Hamburg.

Find more information about that fundraiser on the Facebook event page here.

Retro Buffalo is also sponsoring a t-shirt fundraiser with proceeds in the month of September going to Jolene and Lynn to donate the Windsong Cares Foundation. Find out more here.

For more information on the Windsong Cares Foundation, click here.