Five-year-old Eva from Hamburg now has a backyard playset thanks to Make-A-Wish. Cami Clune will hold a virtual benefit on April 29, World Wish Day. 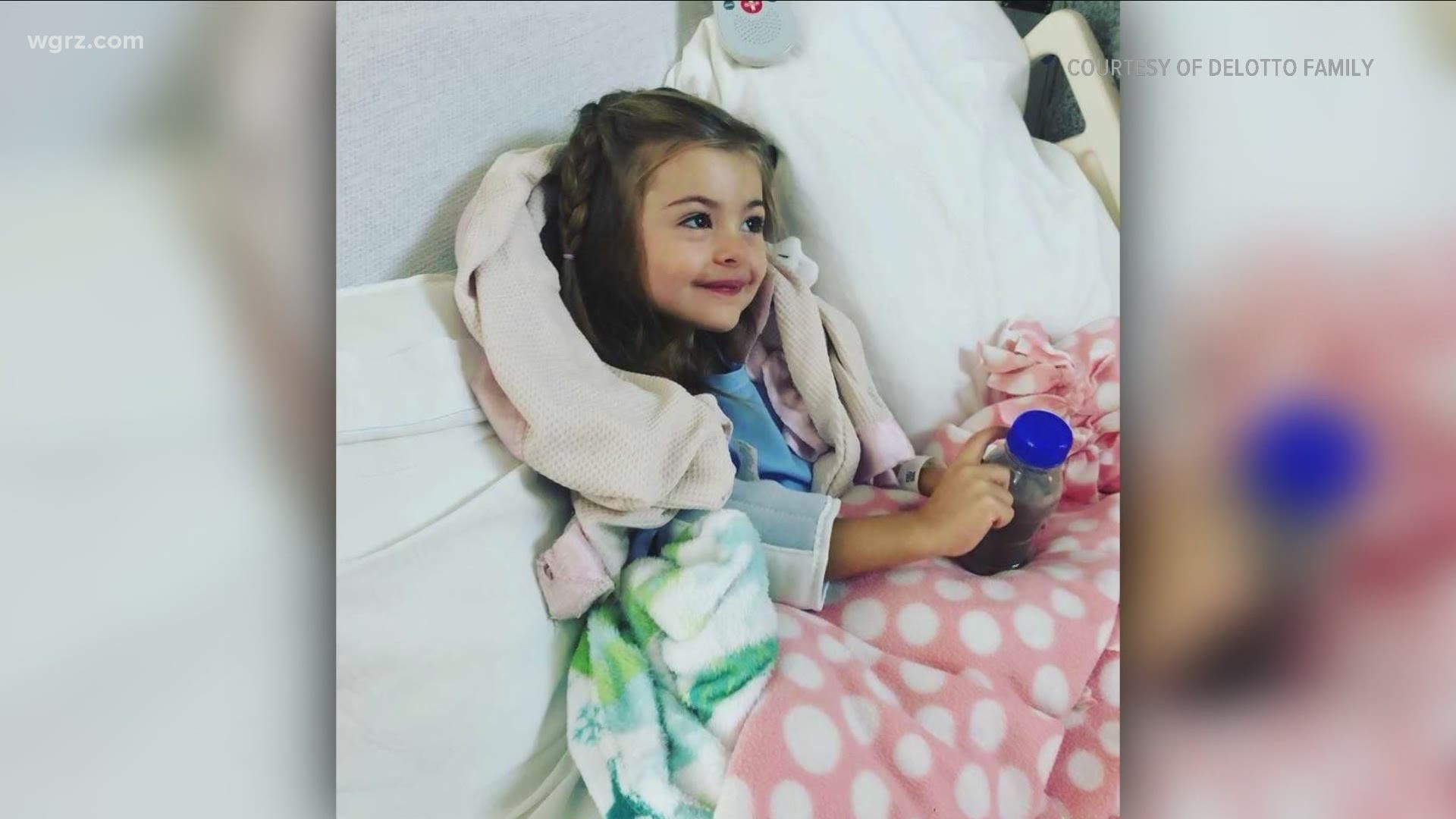 HAMBURG, N.Y. — Eva Delotto, 5, of Hamburg, loves climbing up her backyard playset's rock wall and sliding down the twisty slide. They are simple activities for most children, but huge achievements for a little girl who just two years ago was fighting a massive brain tumor.

"To see how far she's come and now she's running up the twisty slide and going up the rock wall with ease and no precautions. I hope it's a constant reminder for her of all she's overcome," said Kara Delotto, Eva's mother.

Just after she celebrated her third birthday with her twin sister in September 2018, Eva's parents noticed she wasn't acting like her usual self.

"My husband and I just couldn't shake that something was off," said Kara.

She was lethargic and nauseous and complained of headaches. Doctors eventually discovered she had a huge mass on her brain called an ependymoma, a rare pediatric brain tumor.

"It was devastating, gut-wrenching, just scarred in your memory forever. Those moments when you want to trade places with her and not have her go through that for a second," said Kara.

Eva underwent an intricate surgery to remove the tumor, followed by 33 rounds of radiation at Roswell Park. She is now celebrating two years cancer-free.

During the past year, the WNY Make-A-Wish Foundation has been working with the Delotto family to grant a wish for the brave little girl.

"Originally her wish was something princessy, Disney, so we thought maybe a trip, and then Covid hit," Kara said.

Make-A-Wish was forced to suspend all of its wishes involving travel, celebrity meet-and-greets, and other activities that didn't meet Covid guidelines and restrictions.

Instead of the Disney trip, Eva decided she wanted a playset for her backyard, and she picked out the rock wall and twisty slide herself. Now when she plays on it with her siblings, it serves as a safe and Covid friendly reminder of her strength and ability to overcome life's obstacles.

"I hope the playset and the wish, in general, is just a reminder for her that she's just a normal 5-year-old and she can do normal 5-year-old things and have fun," said Eva's mom. "What she's been through is a strength for her. I hope she never sees that or feels that it's a weakness. It's something that's going to shape her. It's part of her story."

Make-A-Wish WNY was forced to cancel its largest fundraiser, the annual gala, in both March 2020 and this year. The organization has gotten creative though, in both the wishes it continues to grant and the way it fundraises. Throughout the month of April, it's having a Wish Heroes campaign, in which dozens of local social media influencers try to raise money for the organization.

"We have been greatly impacted by Covid so there are a lot of wishes coming up," said Kate Glaser, senior manager of marketing at WNY Make-A-Wish. "It is crucial for us to get creative and lean on our community to step up and become Wish Heroes because of Covid."

Wish Heroes month will culminate on April 29th, World Wish Day, which is the anniversary of the first wish ever granted by the charity in 1980. That night, Cami Clune, a local singer and competitor on NBC's "The Voice" along with Vitamin D3 will perform an online benefit concert serving as another fundraiser for Make-A-Wish. 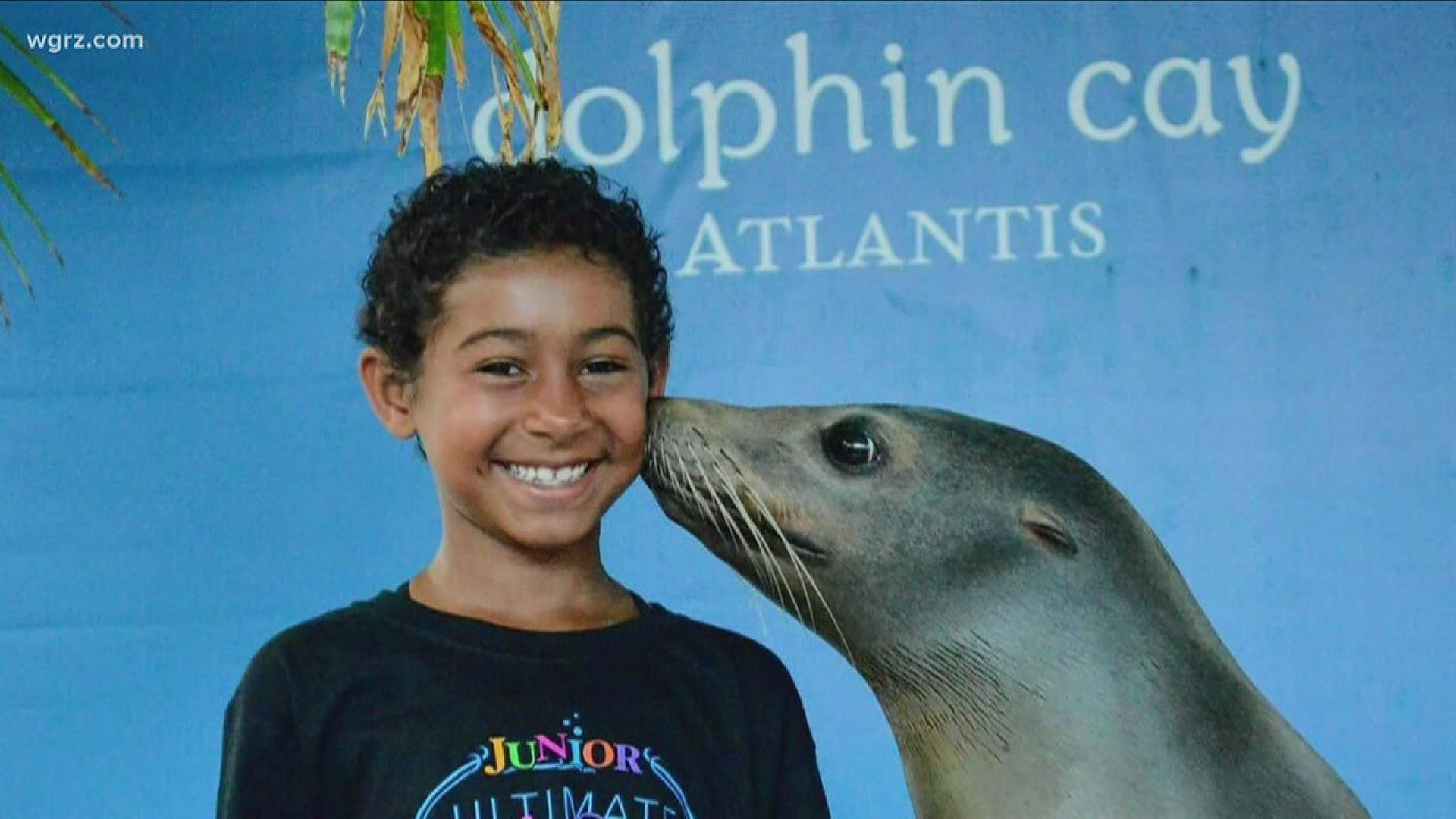 "Cami grew up with a chronic condition so she knows what kids go through and she was happy to help Make-A-Wish," said Glaser. 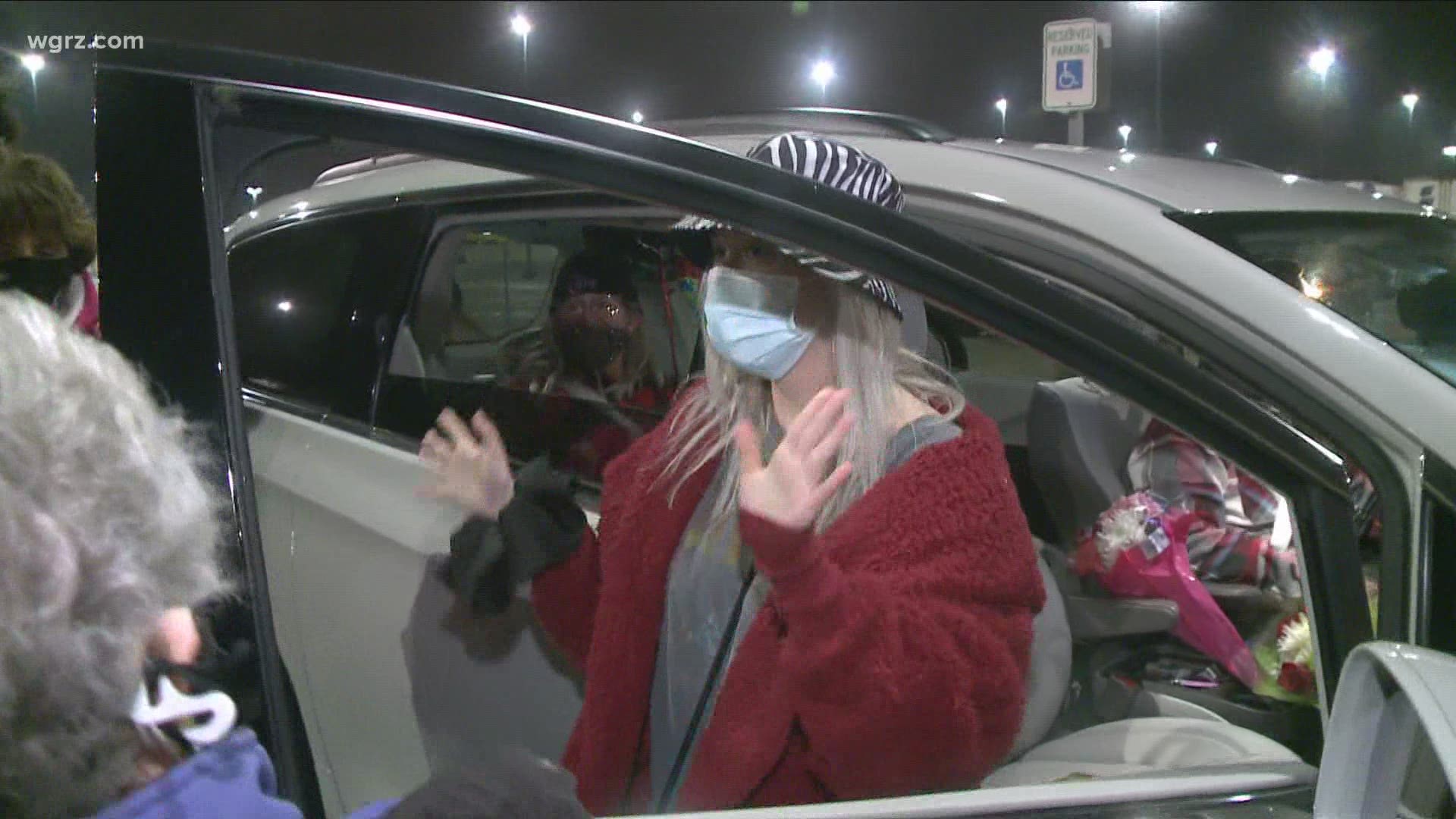 The World Wish Day concert will be streaming live on the Make-A-Wish WNY Facebook page at 8:30 p.m. A link to the Facebook page can be found here.