Maid of the Mist launches the season with new electric boats

The new boats had a test run during the final month of last year's season and take seven minutes to charge between rides. 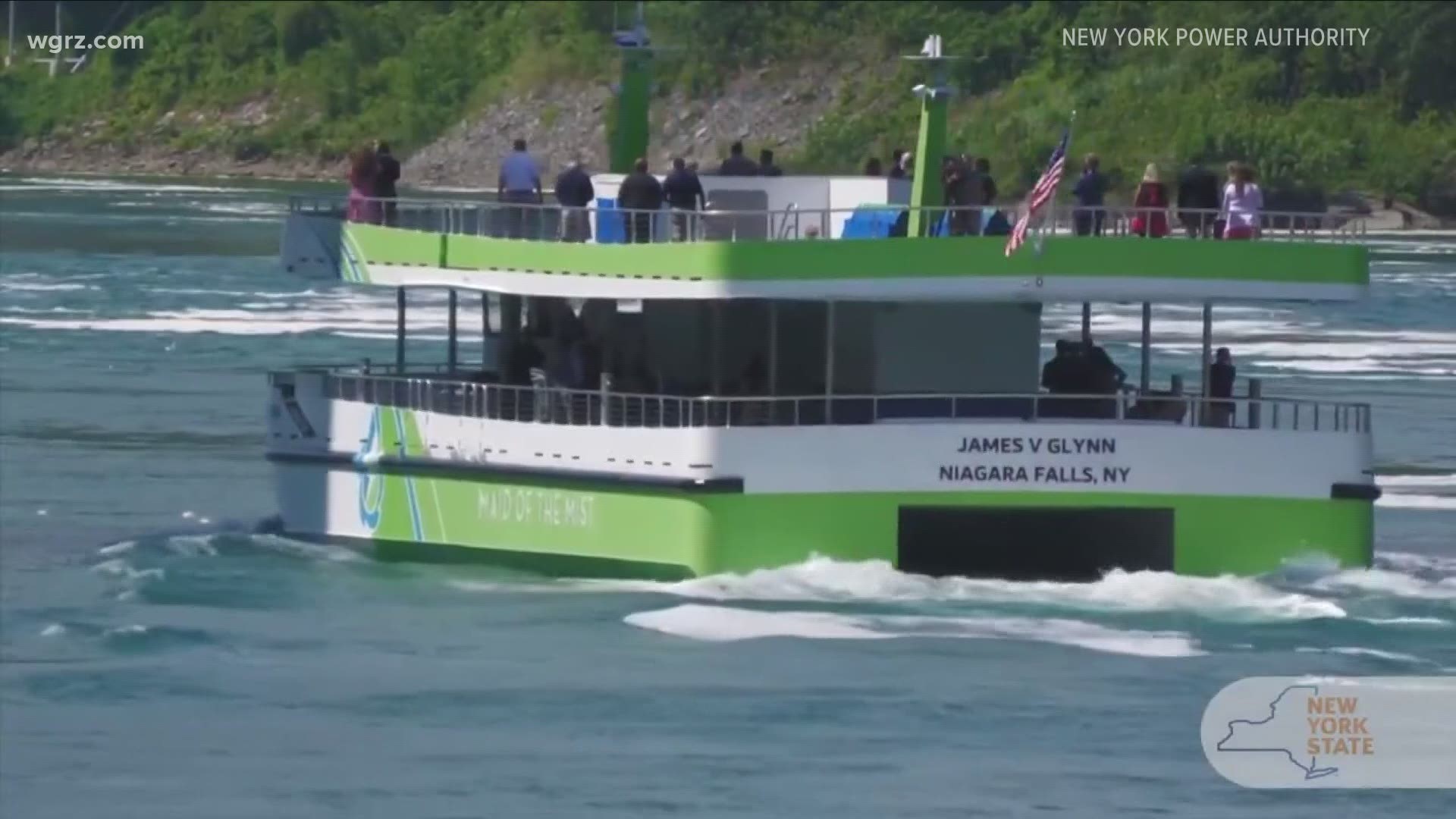 BUFFALO, N.Y. — When the Maid of the Mist launches for the season at 9 this morning, it will be the first full season with their two brand new boats in the water. They're all-electric, emission-free, and the only of their kind in the U.S.

The new boats have been in the works for a few years. They were built on-site in 2019 and 2020 and had a test run during the final month of last year's season. All they take to run is a seven-minute charge in between rides.

The new boats will give guests a new experience onboard, with more room to spread out, unobstructed views from the upper deck, and for the first time in the attraction's more than 175-year history, a completely quiet ride, with no engines to compete with the roar of the falls.

"Not only do you hear just the roar of Niagara Falls, but you're also going to hear wildlife. There are just thousands and thousands of birds who call this lower gorge home, and you can hear them," Spokesman Kevin Keenan told 2 On Your Side. "So it's totally different, and it's really a comfortable ride. There's no noise, there's no vibration. People will really get to experience Niagara Falls like they've never been able to before."

We are four days away from Opening Day! Vessels are in the water. The first tour launches Thursday morning at 9! #itselectric⚡️ pic.twitter.com/FGjqF6Xidz

The two new boats are named after longtime Maid of the Mist chairman James V. Glynn and electricity pioneer Nikola Tesla. The new technology also allows the boats to take passengers on a full 360-turn during the return trip from the Horseshoe Falls.

Due to the pandemic, the Maid of the Mist is still operating at reduced capacity. Click here for tickets and more information.