Benny the Butcher is a Buffalo native and Bills fan; and his new music video is getting Bills Mafia hyped for Saturday's game. 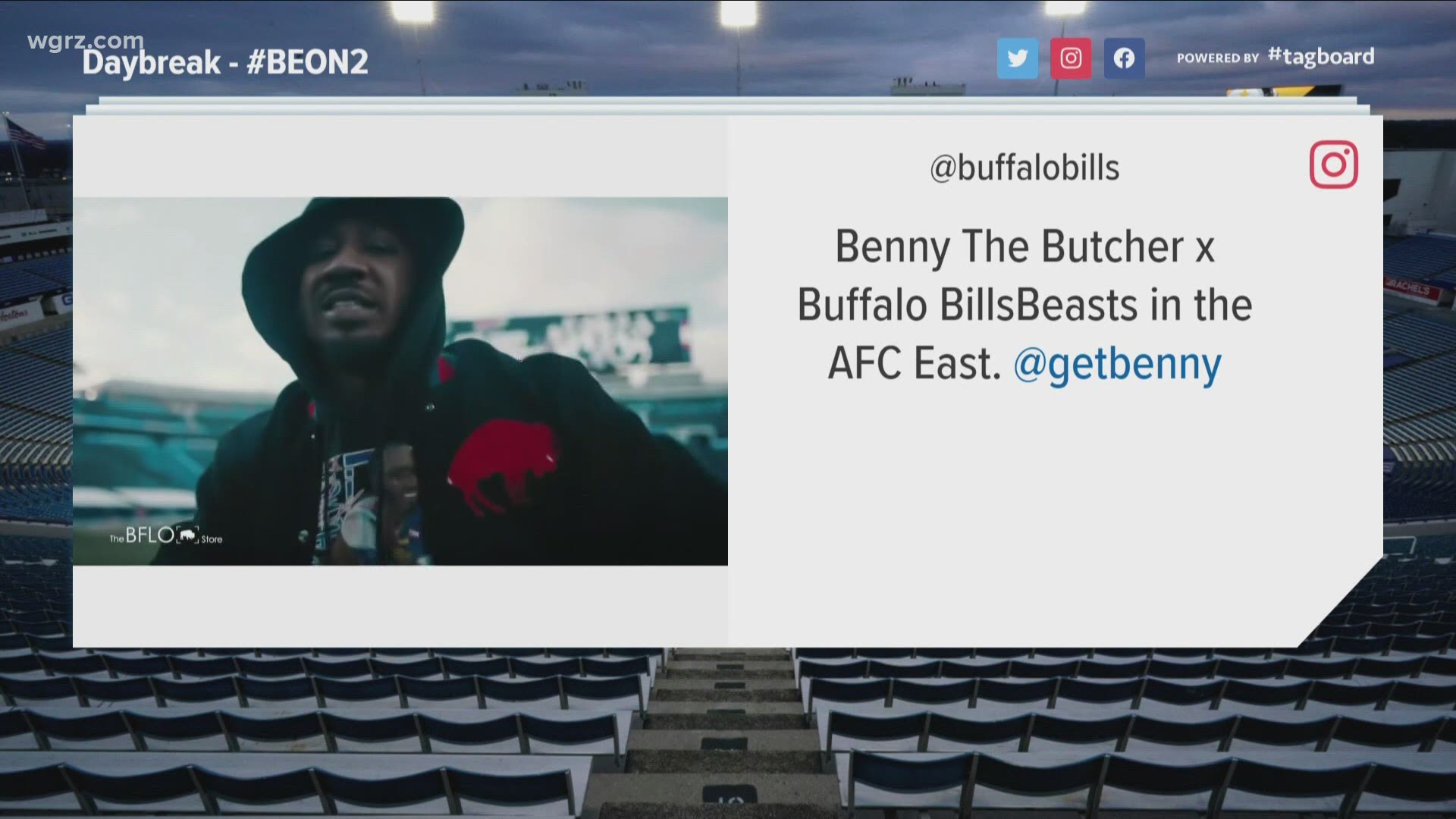 BUFFALO, N.Y. — Buffalo's own "Benny the Butcher" is getting fans ready for the teams first home playoff game in 25 years.

Monday night, the team released a new song and music video made by the local rapper called "Bills Mafia Anthem." In the song he refers to the team as the "beasts of the AFC East" and Bills fans as "the best in the league." The lyrics also include pieces of the "Bills Shout" song, which as fans know is played after every score at Bills Stadium. There's no word yet if the song will be played during the game like the "Shout" song.

Benny the Butcher tweeted Monday saying in part "Hey #Billsmafia this is for us !!! Something to motivate the team like they motivated us so we need the entire Bills Mafia to play this LOUD."

Hey #Billsmafia this is for us !!! Something to motivate the team like they motivated us so we need the entire Bills Mafia to play this LOUD and don’t forget to cop the exclusive @BuffaloBills x Benny The Butcher T shirt & Hoodie WE THE MAFIA...BILLS MAFIA! pic.twitter.com/yx0qOlMh4d

The song also comes with some new Bills x Benny the Butcher merchandise which is on sale now.

The Bills will be playing their first home game in 25 years Saturday against the Indianapolis Colts. And for the first time in the 2020-2021 season, there will be fans on hand to watch it live. 6,700 fans will be in the stands for the game that sold out within just a few hours of tickets becoming available to some season ticket holders.