A coalition of local musicians, including Cami Clune, Every Time I Die, and Funktional Flow, have teamed up for a free virtual showcase over the next several weeks. 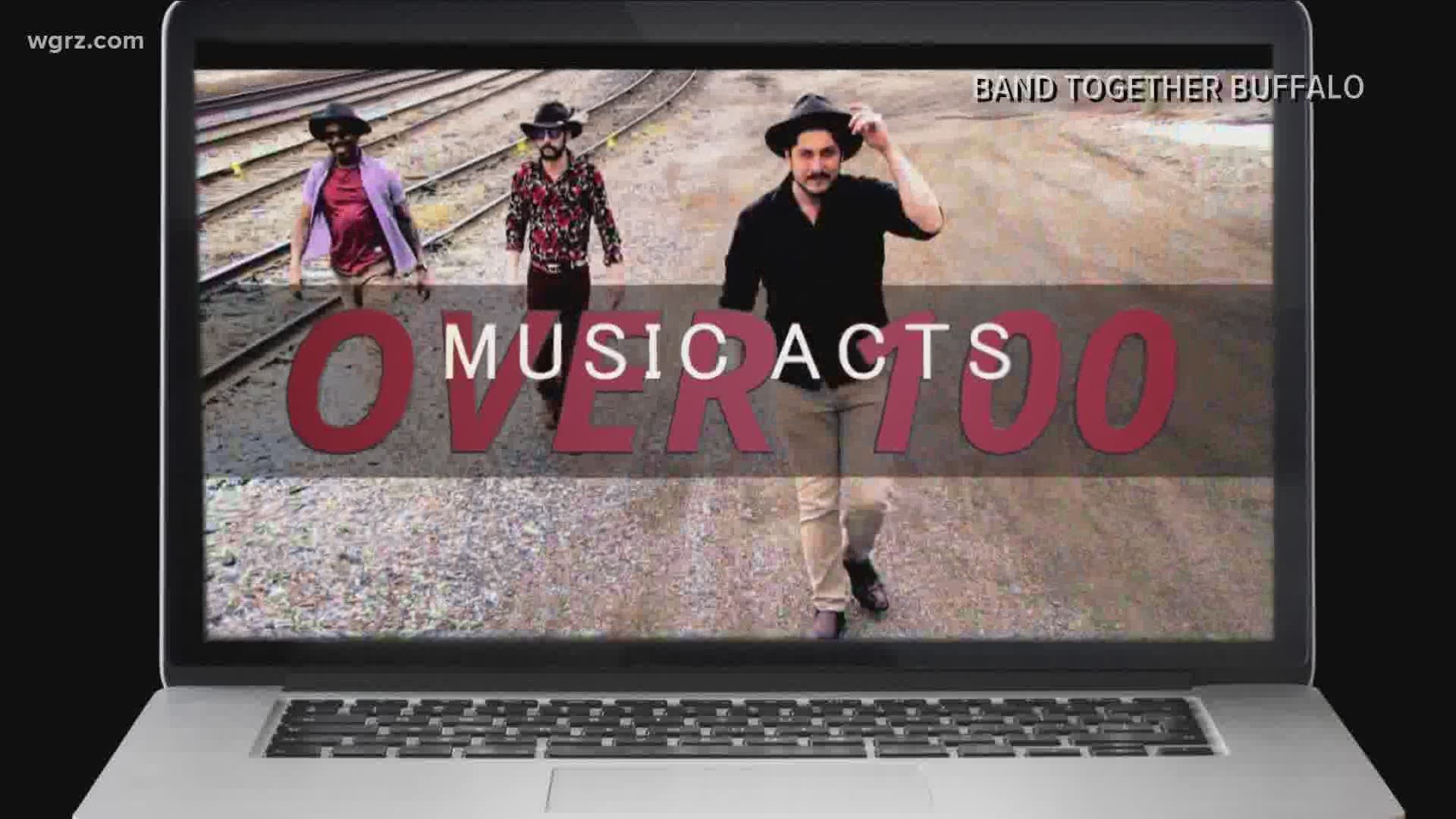 BUFFALO, N.Y. — A large coalition of local music professionals, including familiar faces like Cami Clune, Every Time I Die, Aqueous, Eric Crittenden, and Funktional Flow, have teamed up for a free virtual showcase over the next several weeks.

More than 130 local musical acts entered this online contest, where Western New Yorkers can vote for their favorites each round.

Live musicians are preparing for their industry to be one of the last to return from the pandemic shutdowns, and this is another way for them to entertain and engage their local audiences virtually.

Round 2 of voting starts Tuesday night at 7 p.m., and Cami Clune will be a featured artist, debuting a new version of "I Put A Spell on You," which she sang on The Voice this season.

"There's so many people in Buffalo that don't get enough credit, so watch them and vote, and vote for your favorites," Clune told 2 On Your Side.

"It's not like a typical battle of the bands, where people show up at venue and you vote for a band and then they move on," said Andre Pillette of the coalition. "This is more like asking the public, basically, would you go and see these guys live? We've got so many ballots of people selecting thirty or forty bands, it's been great."

You can vote and stay up to date on the contest on Band Together Buffalo's website and Facebook page.