There will be a free tasting of Strawberry Gold at the Co-Op's Hertel Avenue location on Friday from 6 - 8 p.m. 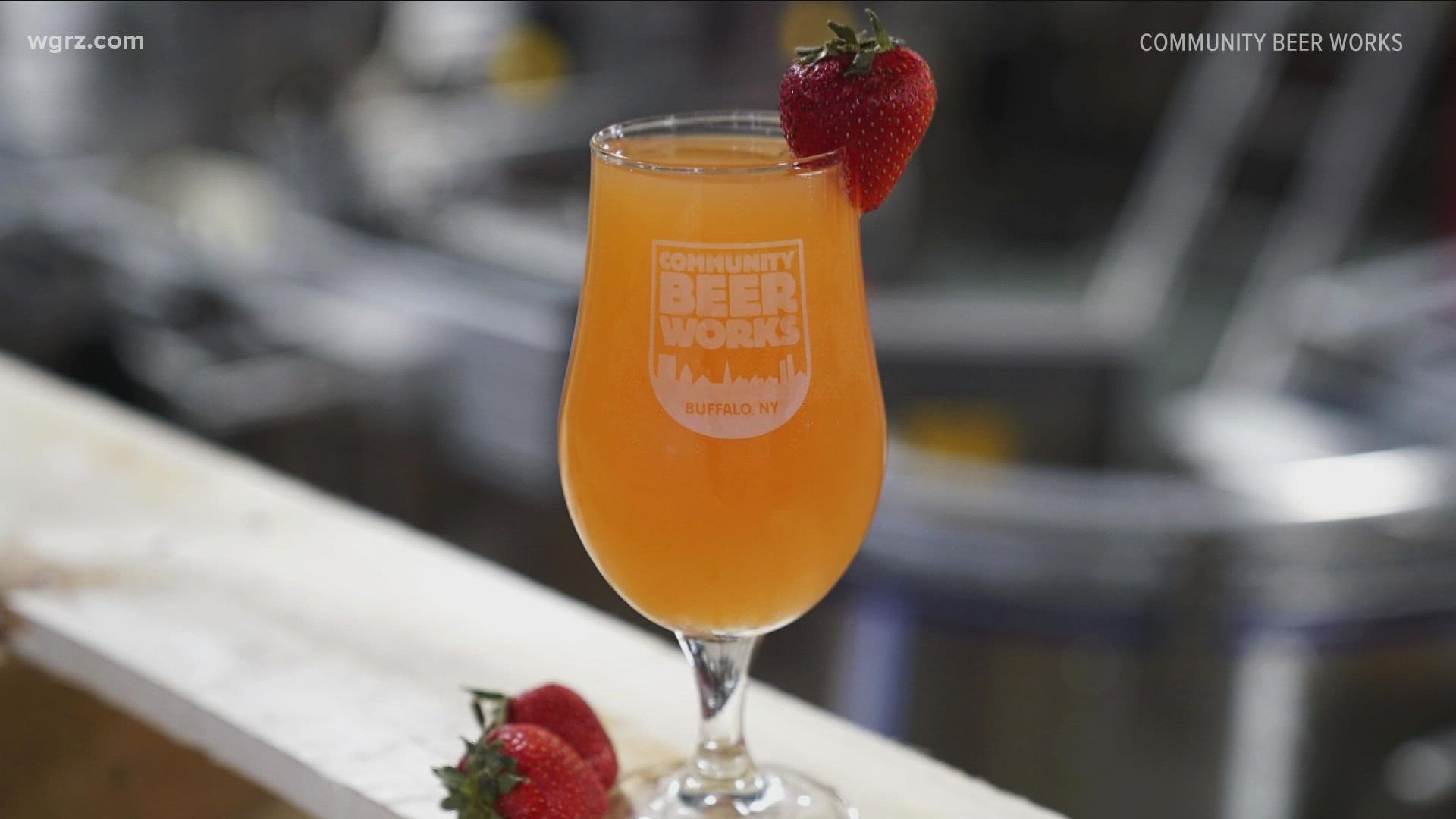 BUFFALO, N.Y. — How's this for happy hour plans? You can try a first-of-its-kind new brew for free Friday night at the Lexington Co-op.

In honor of its 50th anniversary, the Co-op teamed up with Community Beer Works to create the first foeder beer ever produced in Buffalo. Foeder beers are aged in enourmous oak barrels that are almost ten times larger than the average wine barrel.

The Strawberry Gold golden ale was aged for almost two years and was made with 800 pounds of local strawberries. There are even 50 strawberries on each can, one of every year the Lexington Co-Op has been open.

The official beer release is coming up on August 20th, but you can get your first sip between 6-8 p.m. on Friday July 30th at the Lexington Co-op's location on Hertel Avenue during a public beer tasting event.