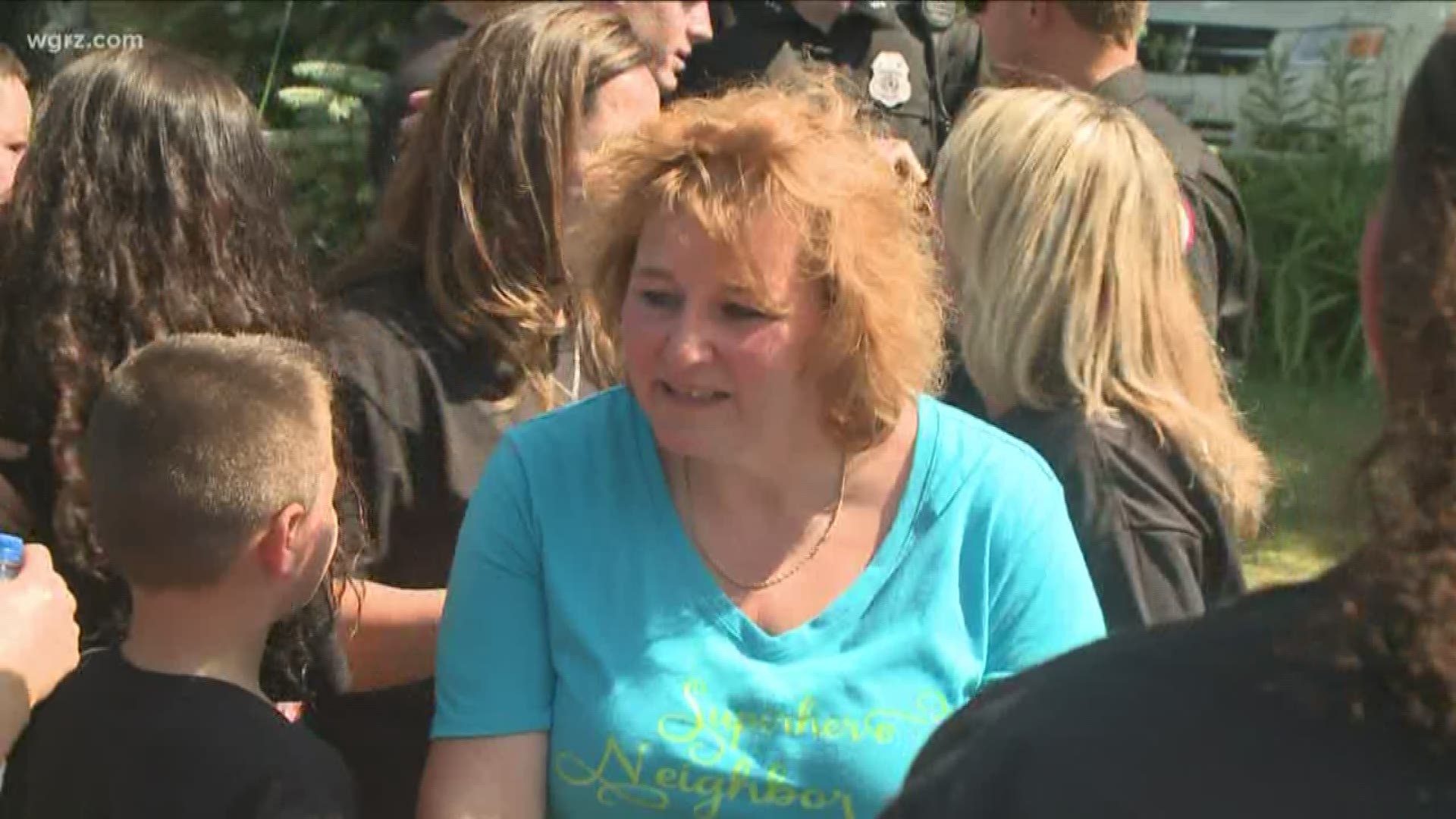 BUFFALO, N.Y. — A letter carrier from Lewiston is receiving national recognition for her life-saving efforts following an accident last year.

Theresa Jo Belkota has seen a lot in her 25 years as a postal worker, but the event she's being recognized for actually happened when she was off the clock. Back in June of 2018, she was home cooking dinner when she heard her second cousin, who lives next door, mowing the lawn on his riding mower. All of a sudden, it stopped, and she heard him and his wife screaming for 9-1-1.

He had accidentally backed over his 10-year-old son Gavin, and the boy's foot was badly hurt.  Teresa jumped into action.

"I looked at her son, I couldn't punch my passcode in my phone fast enough," she told 2 On Your Side. "So I threw my phone and I told her, you call 911, I've gotta take care of your kid. I tore the shirt off my back and I tied up his left leg because his foot was completely severed. Then I applied pressure to his femoral artery until paramedics showed up."

Theresa said she knew what to do partly thanks to an old episode of Law and Order SVU that featured a similar accident where a child bled to death. Gavin spent 18 days in the hospital following the accident and lost his foot, but he is doing okay today.

Teresa will be recognized Wednesday morning at the National Association of Letter Carriers 2019 Letter Carriers Heroes of the Year luncheon in Washington D.C. She is also set to meet with Senator Charles Schumer while she is in the nation's capital.