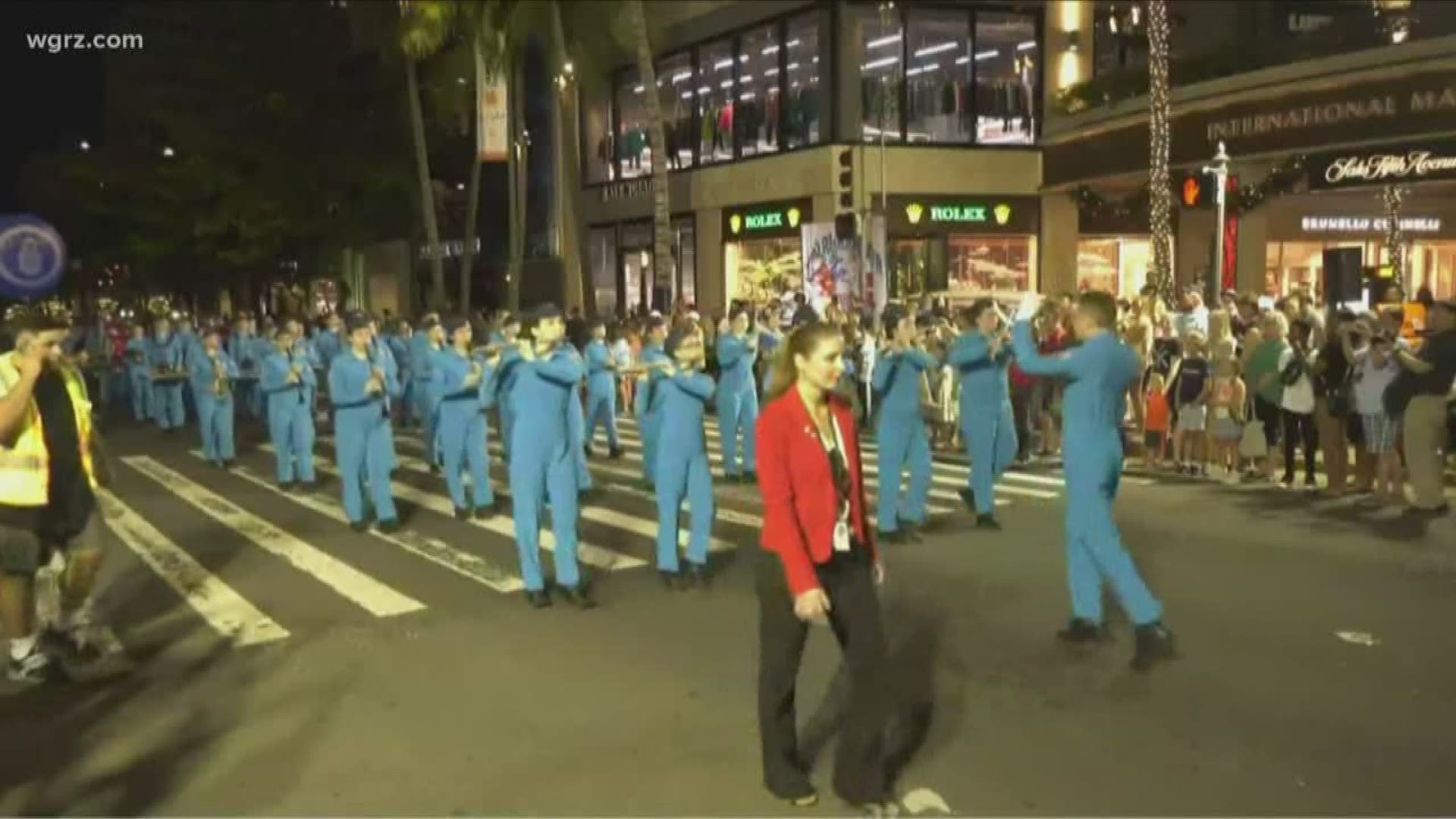 The band can be seen just after the 2:18 mark of the live stream on the parade's website.

The Legends have spent the last three months fundraising to make the trip with 78 members and 18 chaperones. The band was chosen to participate because of their strong reputation around New York State.