From 6th-graders to 6-year-olds, Anna Merritt Elementary School packs dozens of students into their cafeteria for Kids Cook Monday, which teaches them safe, healthy ways to both eat and cook healthy foods 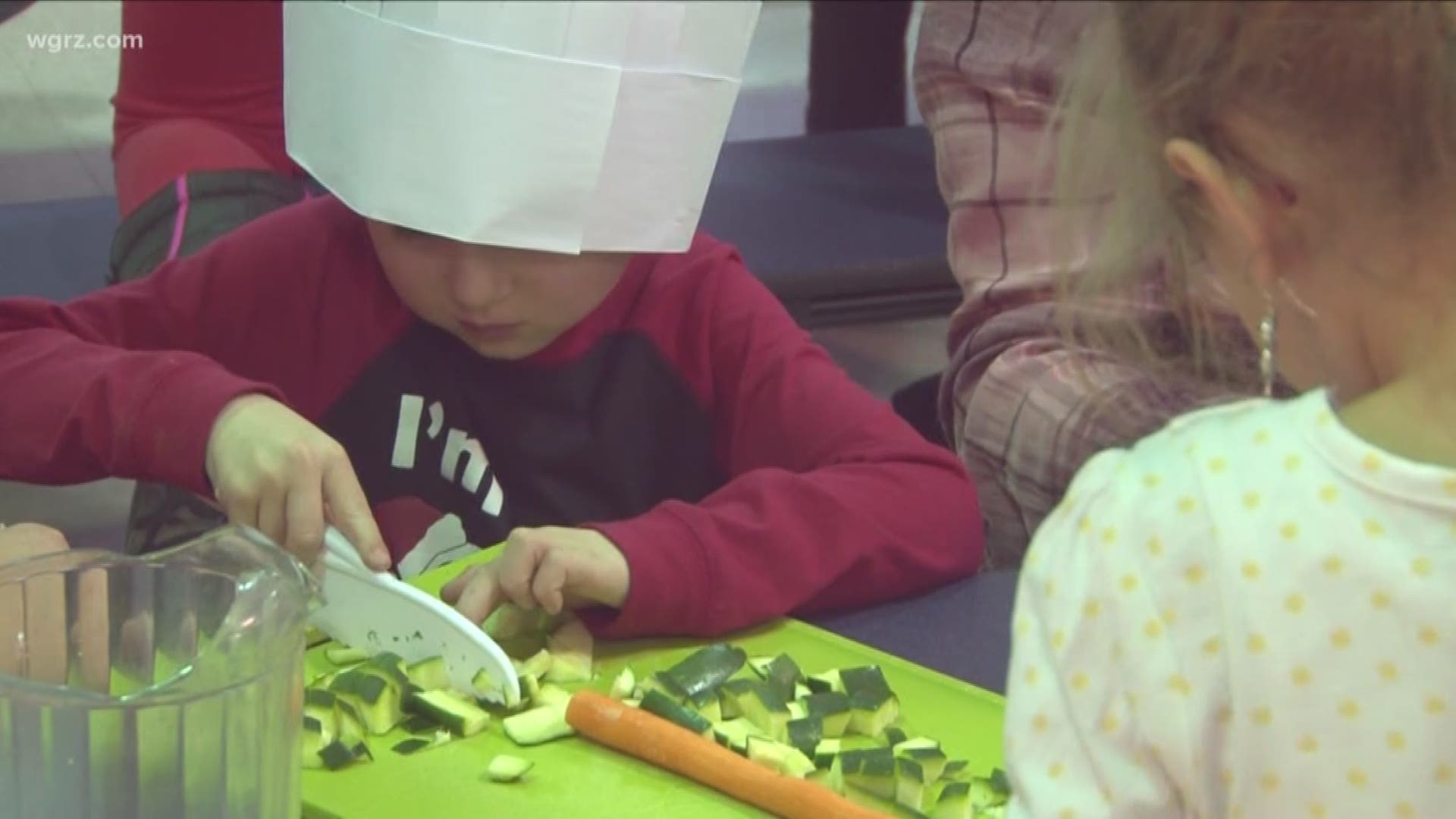 LOCKPORT, N.Y.-- On the second Monday of each month, at Anna Merritt Elementary school, there's some added excitement when the final school bell rings.

Dozens of students and their families head for the lunchroom, ready for another Kids Cook Monday.

Developed by the Cornell Cooperative Extension of Niagara County, and hosted by Eat Smart New York, the free event teaches healthy ways to cook and eat at a young age.

"It's a lot of fun, you meet new people but you're still working as a family together, and you get that bonding time," said Candace Bruning, who joined her husband Mark for the second time.

The Bruning family, who own Parker's Pitt BBQ in Middleport, have been trying to get their 6-year-old son Parker to try new foods.

This might be the perfect way for Parker, and other picky kids, according to Mark.

"That's what it's about," said Mark. "And it's a great idea for them to make it first, because then they actually want to try it."

"There's no 'too early' in getting kids involved in cooking," said Mollie McDonough, a nutrition educator with Eat Smart New York who has helped host the first two events. "If we show them good behaviors, if we show them that we're cooking at home, and then not just cooking at home, but sitting together around a table and looking at each other, we stay more connected. That way we're not just only healthy physically, but we're mentally connecting."

On Monday, December 10th, the group was joined by Chef David Stoll from Shamus Restaurant, who gave the student-chefs a live cooking demonstration.

And once Chef Stoll was done with his demo, it was up to the students to make their own recipes.

All of this before some of the students are even old enough to read.

"It's a great way to hide veggies and other things like whole grains," laughed McDonough. "If you put it in a format that they're familiar with, really you can get the kids to eat a variety of things without even thinking twice."

Back at the Bruning family's table, Parker wasted no time chopping up his own vegetables, before other students around him took turns finishing the recipe.

And once those quesadillas came out of the oven, topped with a cilantro sour cream and a side of fresh salsa.

So what was Parker's reaction?

And we can all hope Parker brings his dad's recipe for pulled pork to next month's Kids Cook Monday event.