The Bills Safety heard from thousands of supporters around the world after sharing his journey to sobriety. Then he reached out to 2 On Your Side with more to say. 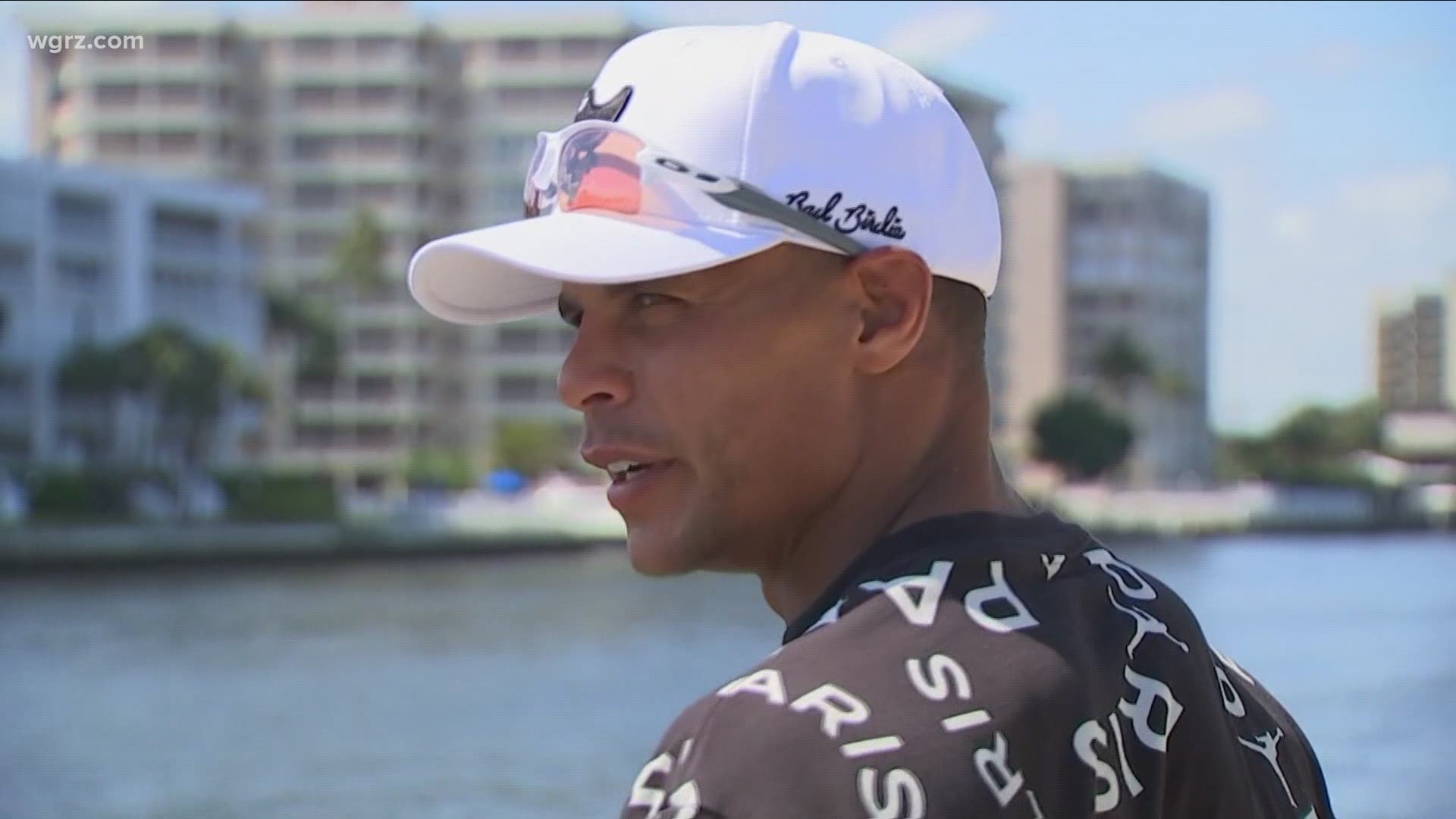 BUFFALO, N.Y. — Training, golfing, and spending time with his wife, their four-year-old daughter Aliyah, and their dogs at their waterfront home in Lauderdale-By-The-Sea, Florida. That’s what the offseason looks like for Jordan Poyer.

"OTA's are starting to roll around, training starting to kick up a lot more, just spending offseason with my family, training. Get my mental back, you know, getting ready for the season,”  he told 2 On Your Side during a 40-minute remote interview filmed from his backyard.

Now 30 years old and entering his ninth year in the NFL and fifth season with the Bills, Poyer is used to this offseason routine. However, this will be one that he'll remember for the rest of his life.

"I got a lot of people, fans, family, friends that looked up to me,” he said. “You know, I felt like I needed to take that step and share with the world that I had a problem, and that it's okay to admit that we have problems, especially with alcohol."

On March 13th of this year, Poyer posted on Instagram that he was celebrating one year of sobriety. It wasn't something he ever planned to share publicly, but he decided to come forward after Vincent Jackson, a former NFL player Poyer looked up to, died at 38 years old.

"He passed away, probably about a month or two before, you know, I made that post,” Poyer said. “I don't know if alcohol had anything to do with his passing, but I know, that it had, you know, had a huge effect on his life. So you know, I kind of sat there, and pondered and thought of, you know, I just wish he had someone to talk to. Someone like me, and, you know, he can understand that he's not going through it alone."

"You know, go out on the weekends, after the game, you have a couple drinks,” he said. “Not a couple drinks for me, it was getting lit. Being able to get up and go to workouts the next day really wasn't an issue, until, you know, I started I started doing it for the wrong reasons."

It continued into his NFL career, with the Eagles and the Browns before coming to Buffalo in 2017. Things come to a head during the 2020 season, which ended with the Bills losing to the Houston Texans in the wildcard round of the playoffs.

"It was really that before that season, when I told myself I had an issue," he remembered. "I didn't go into that season mentally ready at all. There's a lot of things off the field that I was dealing with, and using alcohol to cope with those issues,” he said. “Yeah, I was drinking during the season. I mean, obviously we have team parties, whatever, but I was, you know, I would be on off days, I was drinking. You know, any chance that I had the opportunity to have an excuse to feel like I could drink, and be okay the next day, and do what I had to do, and you know, take care of all my responsibilities. But it was not a healthy lifestyle at all."

That offseason, he decided to make a change.

"I was so, you could call it depressed, upset, whatever you want to call it. It was no excuse, but I was using that as an excuse to continue to drink, and I didn't play as well as I wanted to,” Poyer explained. “We lost in such a crappy way, and then the football season's just over, and I'm back here in Florida and it's like, ‘now what?’

Poyer said he would start drinking during the day.

“The next thing you know, I can't, you know, I can't function in the afternoon,” he said. “It's like, I had a couple, couple moments that were very eye-opening, you know. I wouldn't say that I just stopped one day because I just decided to stop. I definitely had a couple of days where it was pretty bad."

When asked why March 13, 2020 was the day he decided to stop drinking for good, Poyer said the date should have been March 7th.

"I was sober for a week,” he said. “My wife and I went to Mexico, spent the whole the whole week in Mexico sober."

But on the way back, flight delays caused by the very first round of Covid shutdowns left them stuck at the airport for more than 12 hours.

"I wasn't like that serious at the time, but I was serious that I did want to stop,” he said. “But you're stuck at the airport, I literally had, I remember I had a beer, and I looked at myself. Like, I hadn't, I didn't drank for a week, and I literally had a beer. I'm like, ‘dude, like, what are you doing? Like, this? Like no, you gotta start back over?’ And I mean, that was it right there. That was it."

Once he was back home, Jordan went to a few AA meetings, something that had worked for his mom when she quit drinking a year earlier. He was just there to listen, not speak. The stories he heard have stayed with him ever since.

"You know, the more I came back, the more I realized I was, I mean, I was drinking for all the wrong reasons,” he said. “Thinking that my life was so hard, thinking like, woe is me, thinking like, oh, people are going to feel sorry for me. No, like some people really got some real, real stuff going on in life, that, you know, made the stuff that I was worried about, look like nothing." 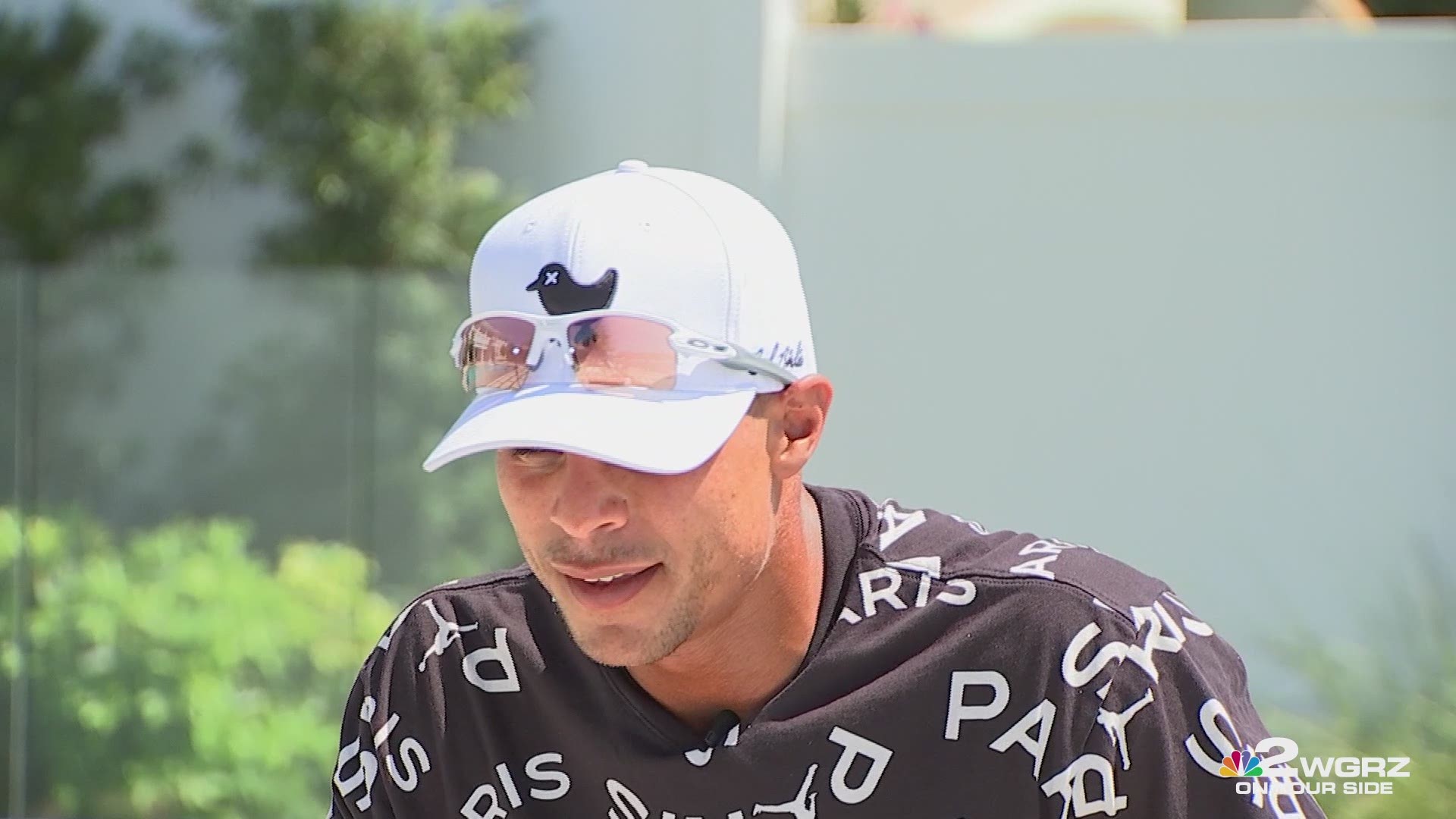 Just like he trains for situations on the field, Jordan trained himself to reach for a sparkling water or a coffee in situations where he used to want a drink. His refrigerator is always stocked with his favorite brand of his favorite beverage, and it’s pretty much the only thing he's has had to drink for the last thirteen and a half months.

"Sometimes I believe that, you know, alcoholics sometimes just miss the motion of a drink," he said. "So, you know, now I would go out and I would get a Bubbly or I get a coffee, sometimes a coffee, just a coffee, I'll be straight. I can sip a coffee out while everybody's out drinking, I'll be good. Those are kind of my substitutes that I kind of changed my mind."

Poyer’s next test came a few months after he got back from Mexico, when he met up with some Bills teammates to train at Josh Norman's house in Virginia.

"That was the first challenge that I really had in my sobriety and becoming sober,” he said. “Being around alcohol, being around guys that I knew, guys that I've drank with before. You know, I just had to let it off my chest. Like, hey, look, you know, this ain't me no more."

Poyer says he’ll never forget the respect his teammates showed him in that moment.

“These guys ain't just football players,” he said. “These are real human beings who really feel, you know, human souls, man. I mean, I can't explain it. I remember sitting in Josh Norman's kitchen, and just explained to the guys like, dude, I had a problem.”

He says he let his teammates know he was using alcohol the wrong way.

“I let them know I had a problem and you know, got dapped up by all of them,” he said. “Like, you know, like, dude, that's dope, saying that's, that's cool."

Blessed to be Helping Others

After that first experience with his teammates, Jordan knew he wanted to be able to do that for others. He's been connecting with fans around the world ever since.

“Sometimes people just need to let stuff off their chest,” he said. “I was scared for the longest time to tell my family, you know, that I had a problem. But it's crazy, because my family already knew that I had a problem. So most of the time I tell these folks who write me these messages, you know, Hey, you know what, what you just told me right there is powerful, you know, the fact that you can even admit that you have a problem with somebody who you don't even know. That's powerful. Now, I challenge you to share that same message with somebody close to you.”

Jordan’s new passion is connecting one-on-one with people all over the world going through his same struggles.

"I actually had a really cool story about a guy, he's very successful, works at a bank, has the house, cars, you know, wife, kids. Has a family,” he shared. “Comes home every night, gets drunk, and he's regretting it the next day. He said he's been doing it for thirty years. He said he finally took some vacation off of work after I made that post, and he checked himself into a rehab center.”

Poyer has checked in on the man every day of his treatment so far.

“It's 29th day, I think, in the rehab center,” he said. “So, you know, just seeing that, you know, it motivates me to continue to spread, spread the word. Let these people know, let folks know that they're not alone. "

Just like training for the upcoming season, the work won’t stop here for Jordan. Not for himself, and not when it comes to helping people.

"I just want to continue to spread the word,” he said. “Let them know they're not alone, let them know if I can get out of it, if I could do it, you, anybody who really wants to stop and be sober, because I mean, sober life is the best life I've ever had. I couldn't be more happier in the situations in my life. I'm truly blessed, I have a beautiful family, the best job in the world, play with the best teammates, the best coaches in the world. I'm blessed." 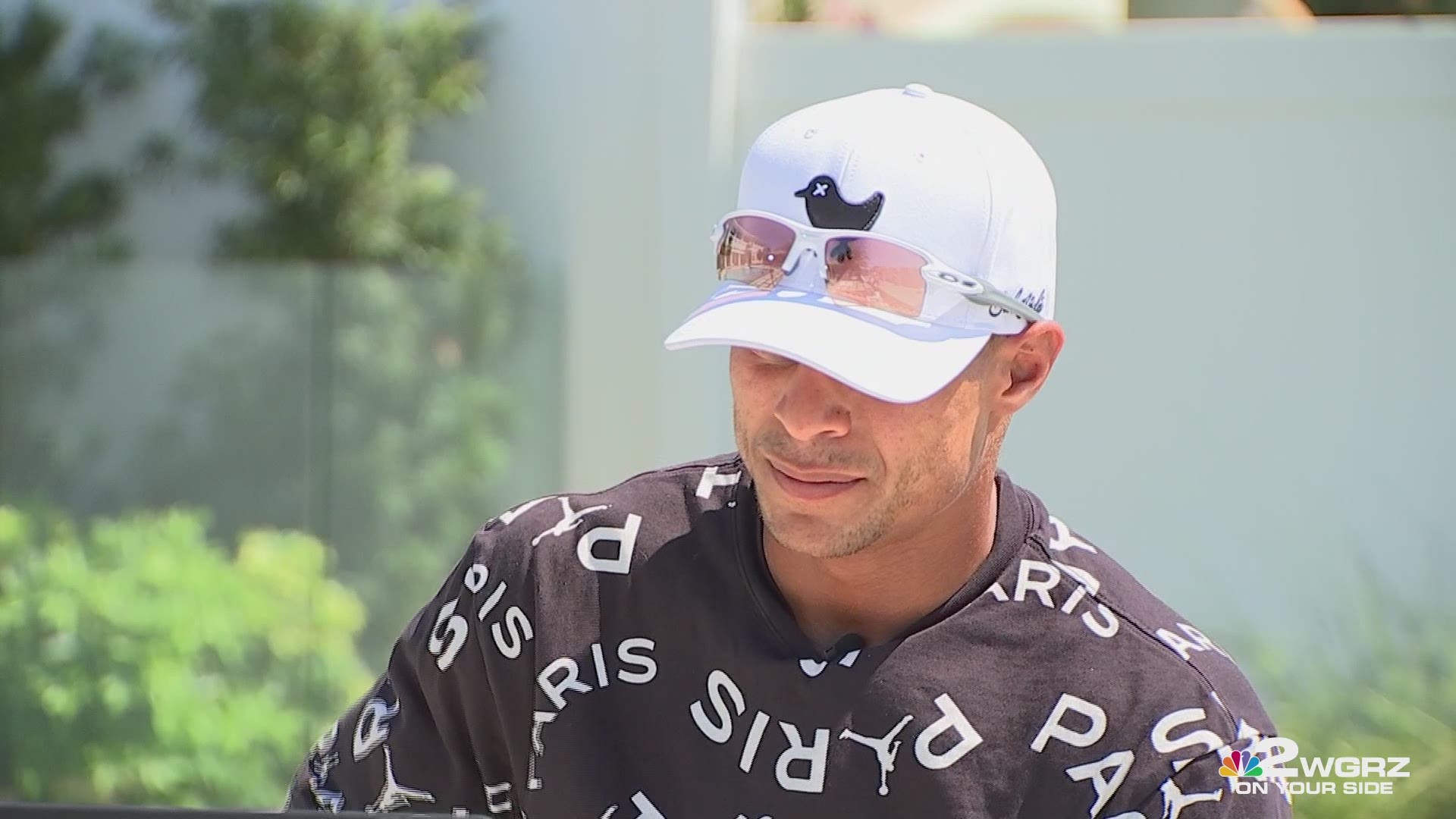 If you or someone you know is seeking help for alcohol addiction, here is a list of local resources: