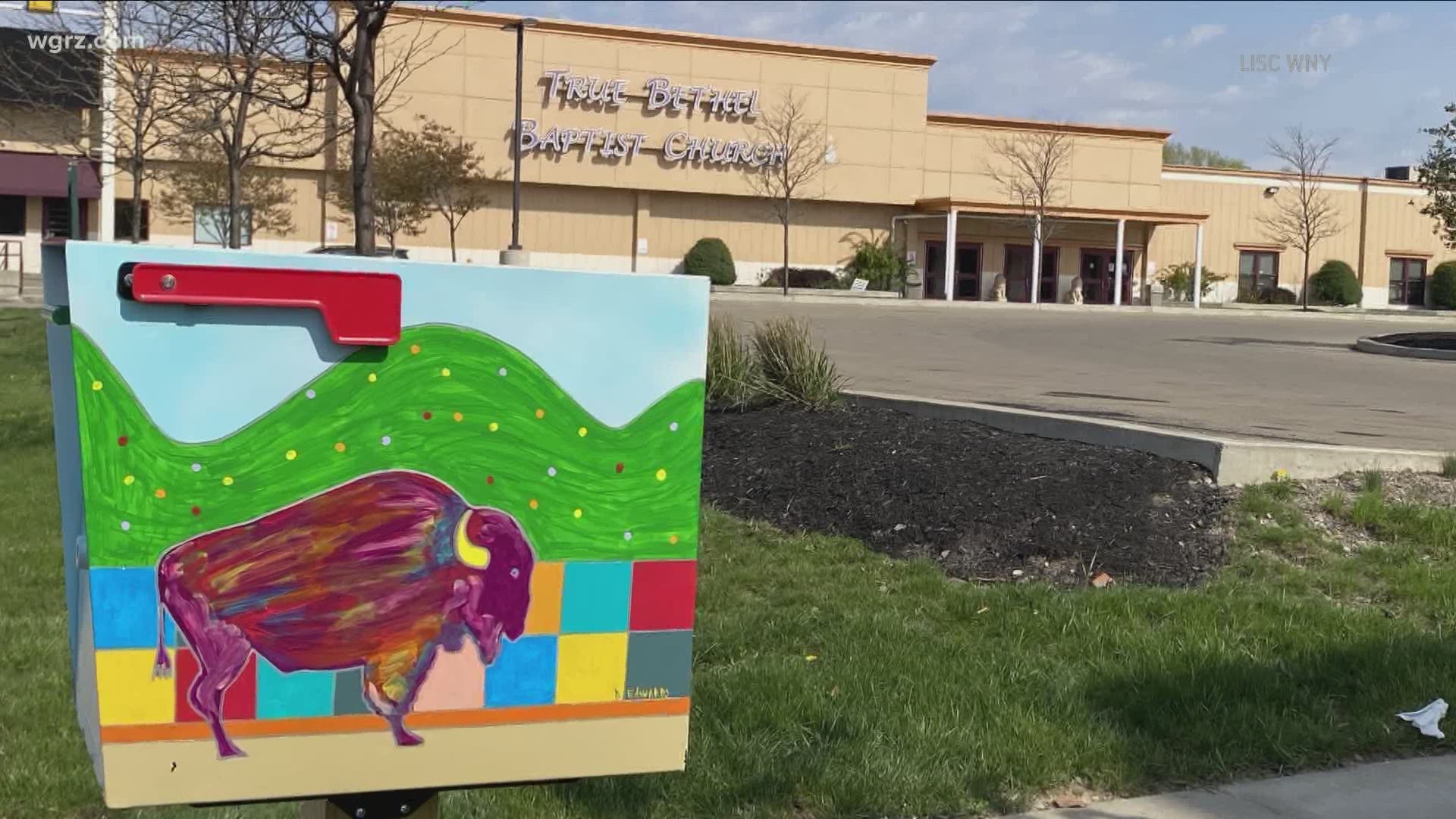 BUFFALO, N.Y. — Dozens of brightly decorated mailboxes have been popping up in neighborhoods in Buffalo's East Side in recent weeks. They may be small, but they come with a big meaning. They're part public art, part suggestion boxes for the community.

The twenty idea boxes were painted by local artists and installed at Black- and Brown-owned businesses, as well as vacant building and lots in the Delavan-Grider, Broadway-Fillmore, and the MLK-Masten Park neighborhoods.

Local Iniatives Support Corporation of Western New York (LISC WNY) teamed up with the Buffalo Center for Health Equity for this project, which is being called "Pride in Place" and was funded through a grant from the AARP.

Project Manager Alexa Wajed says the organizations want to use the boxes to collect ideas from community members about what they'd like to see happen to the spaces in the future, as well celebrate pride in their neighborhoods.

"The goal is to be able to hunt out these 20 boxes to find them, take pictures of them, post them on social media," she told 2 On Your Side. "Let people know what they make you feel like, or what types of feelings they stir up, or if you're inspired to write a story, or to answer some of the questions that are listed on the idea boxes."

The mailboxes each have a QR code on them that you can scan with your phone to access the survey questions when you visit, if you don't want to write them down on paper and place them inside. The hope is that some of the ideas collected will be implemented in years to come.

The boxes can be found at the following locations: