As an ice breaker for his remote classes, I-Prep Math Teacher Mike Fabozzi has a "dad joke" of the day. 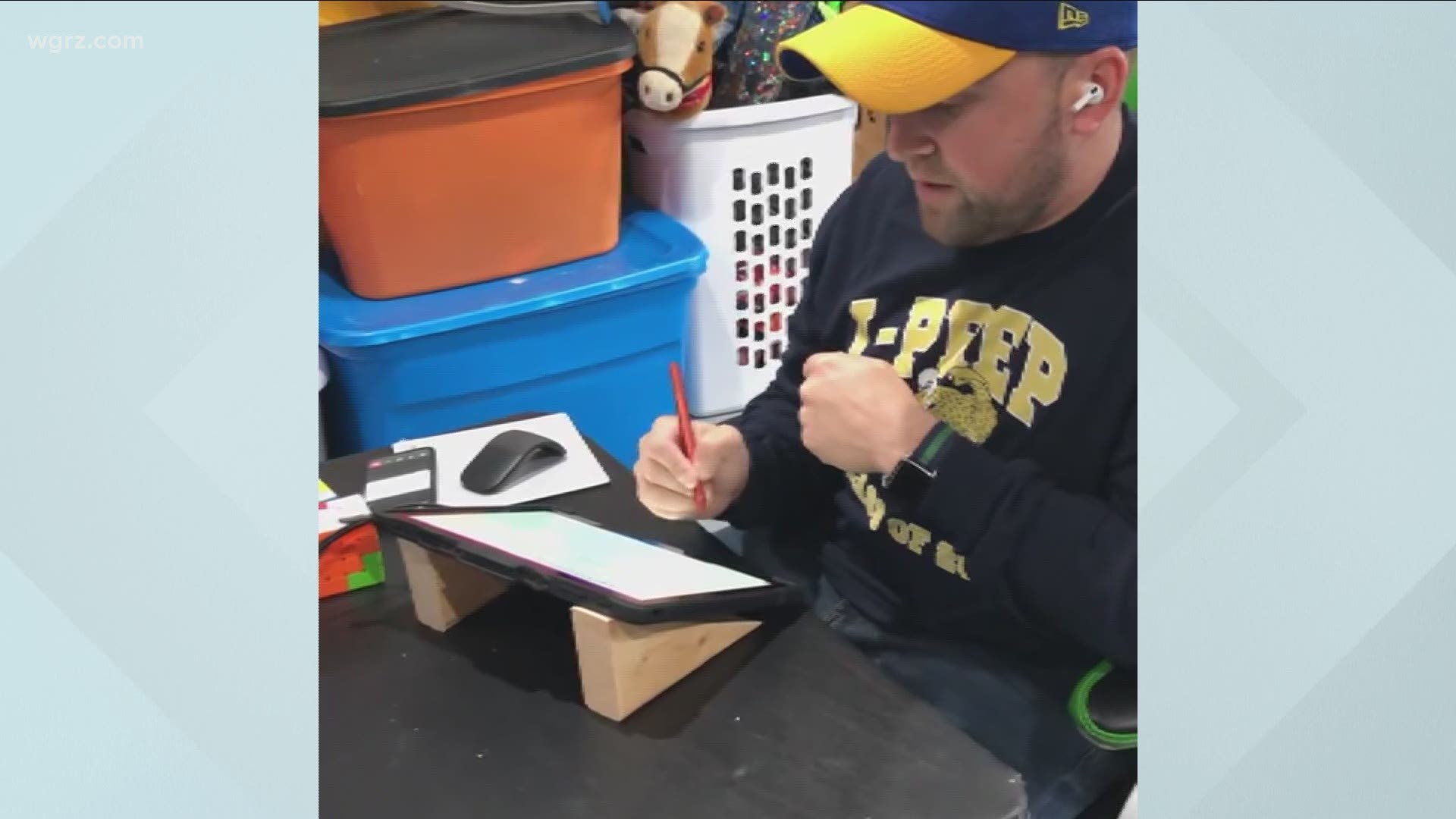 BUFFALO, N.Y. — After 14 years of teaching in-person, it's been an adjustment for Mike Fabozzi to switch to an all-remote model.

"I have three different devices going," he told 2 On Your Side. "I have Teams on my phone, Teams up on my smartboard so I can see and check what they're doing if they're saying anything, and I have a Surface that I'm sharing my screen on."

For the math teacher at Buffalo's International Preparatory School at Grover Cleveland, technology has always been a big part of the equation.

"We've had laptops in our building, we've been one-to-one for about three to four years now," he said. "My room was one of the first ones to do it, because I kind of threw my name into the hat there."

In fact, he introduced the concept of a "flipped classroom" just last January.

"The kids would watch a video at night for their direct lecturing homework, and then in class we had more time to work one-on-one or with groups," he explained. "So when the lockdown happened in March, it really wasn't that big of a transition for the kids."

Time to meet another one of WNY’s Terrific Teachers!

This week we talk about everyone’s favorite subject, math 🤓

How this teacher at Buffalo’s I-Prep school uses a high-tech setup and a little humor to keep his students engaged coming up at 6:30 on Daybreak! @WGRZ pic.twitter.com/mKyhiFmOCY

And because high school math is hard enough, Mr. Fabozzi tries to keep things light, especially for remote learning. He starts every day with a dad joke.

"Why did the failed farmer turn to a career in music? Because he had a lot of sick beets," Fabozzi offered as an example. "They liked that one. What is a dinosaur's least favorite cleaning product? And the answer was comet."

Things can get lost in translation when communicating electronically, so Mr. Fabozzi wasn't sure if the jokes were landing. Until his students started asking for more of them.

"I didn't think, I didn't know if they were reading them or not, then the other day I had some kids asking me if I could not do math and instead just go through a whole bunch of dad jokes with them."

If you know a Terrific Teacher you'd like to see featured on WGRZ, email their story to lauren.hall@wgrz.com.