Great Lakes Pizza Co. teams up with customers to contribute $10,000 to Roswell's Herd of Hope

2020 has been a tough year on restaurants, but that didn't stop this West Seneca pizza shop from finding a way to give back. 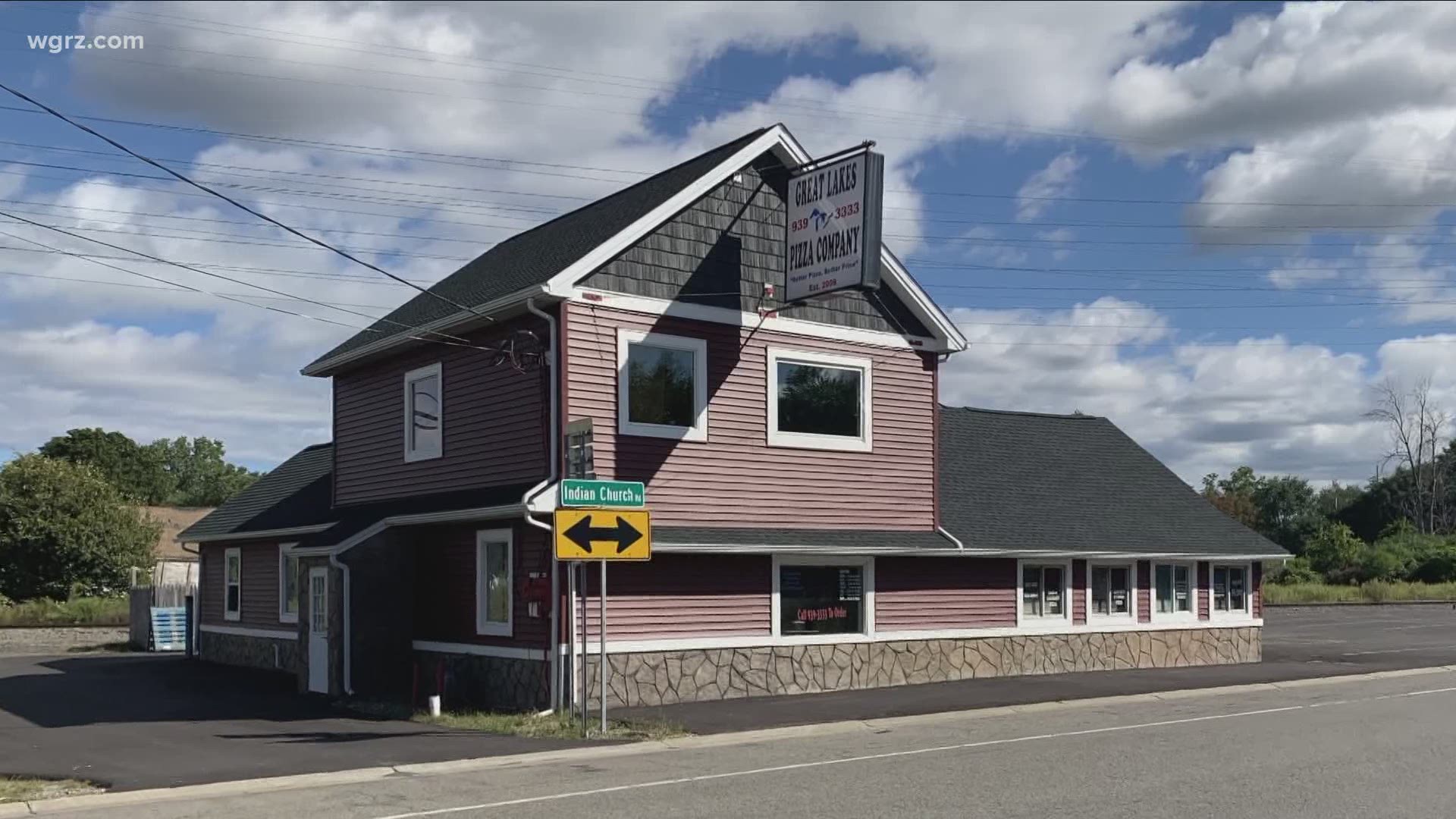 WEST SENECA, N.Y. — This has been a tough year on the restaurant industry, but that didn't stop Great Lakes Pizza Company in West Seneca from finding a way to give back to the community.

The owners of the pizzeria wanted to do something to help others as a way to say thank you to their customers for all their support throughout 2020. So, they decided to get involved with Roswell Park's Herd of Hope program. The restaurant initially donated $5,000 to put one of the Roswell blue buffalo statues outside of the shop. Then, they took it a step further, and challenged their customers to help them get a second one.

Through a "round up" campaign at the register that started in May, they raised enough to get a second statue by September.

"We put them right outside, right in the parking lot, so everyone could see them, and go, hey, you know, that's what we did as customers," Co-Owner Jason Schneckenberger told 2 On Your Side. "We got those buffaloes donated, we rounded up, every little bit helped and got us there."

"A lot of people donated probably in excess of 50 to 100 times, so it's a very big gratitude to our customers for pitching in and helping us reach our goal."

The Herd of Hope has contributed more than one million dollars to cancer research at Roswell Park since it launched in 2018.

Great Lakes Pizza is running a naming contest for the buffalo statues on their website, which runs through the end of the year.