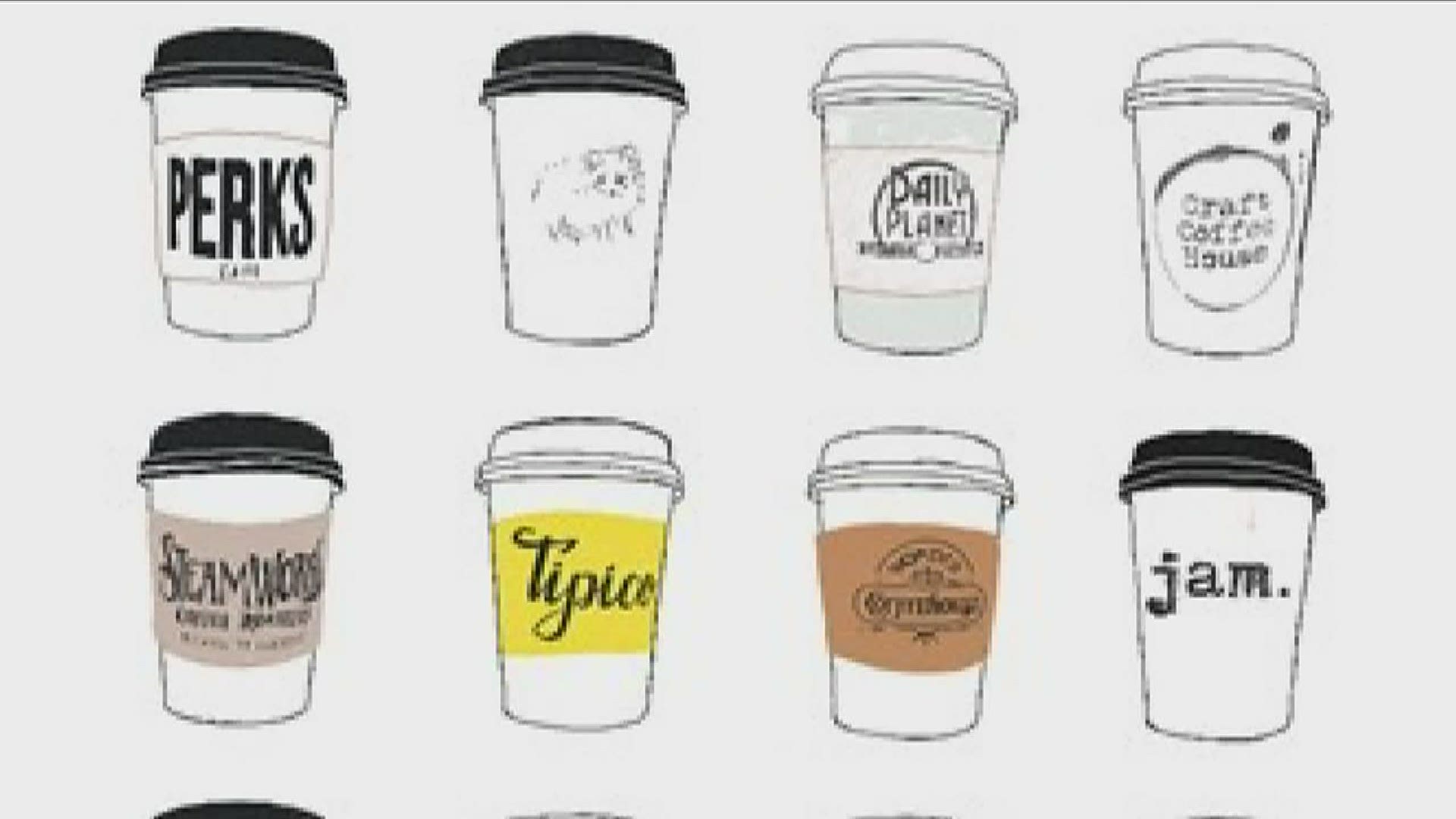 BUFFALO, N.Y. — In less than five days, the Fueling the Frontlines campaign has raised thousands of dollars to buy coffee for essential workers. It's also bringing a little bit of optimism back into some local coffee shops who haven't been able to serve their customers like normal during the pandemic.

For the campaign, Zoom Buffalo and local ad agency 'Of the Sea' created a print that features illustrations of cups from dozens of Buffalo coffee shops. For a donation of $25, people can get a copy of the print and choose from which shop they'd like to donate coffee for frontline workers.

Sam Scarcello, owner of Public Espresso, said since this all launched on Friday, his shop has received enough to donations to pay for 800 cups of coffee. He said it means a lot, during a time when his two shops have been closed to customers for several weeks now.

"It's truly remarkable that people have responded. I mean, people have been giving to things essentially since this started, they've been buying our coffee or supporting us in multiple different ways, buying gift cards, now doubling down and contributing to this campaign as well," he told 2 On Your Side. "So it's really heartening to see so many people take to such a wonderful idea and it's really awesome that we're able to be a part of it."

As of Monday night, Fueling the Frontlines had surpassed the $13,000 mark for donations, and have made deliveries to Evergreen Health and the Buffalo Psychiatric Center. Upcoming deliveries are scheduled for Buffalo General and St. Joseph's Hospitals.

If you want to purchase a print or make a contribution to Fueling the Frontlines, click here.

RELATED: Fueling the Frontlines with Coffee effort raises $5,000 in 1 day