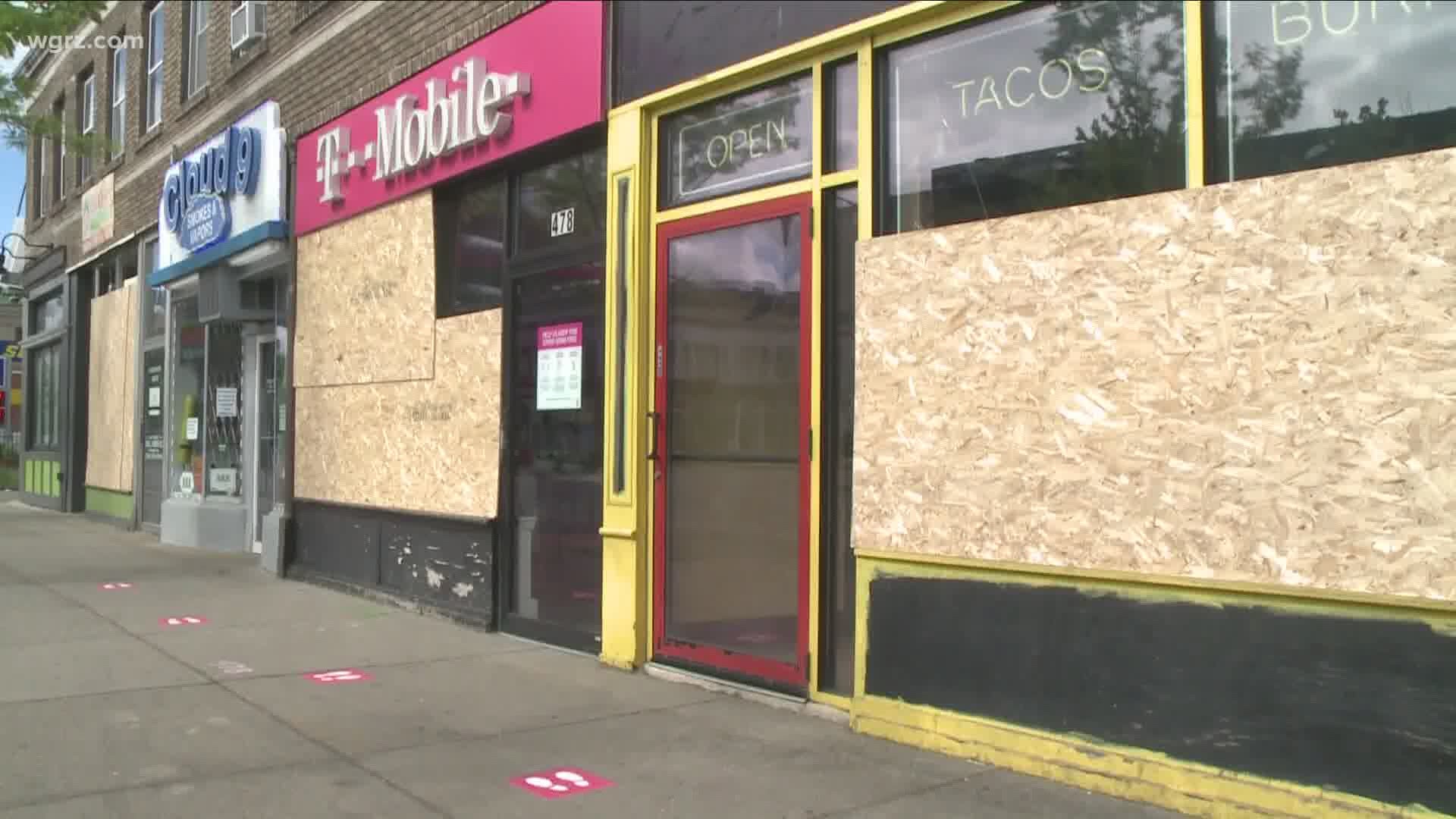 BUFFALO, N.Y. — We've talked a lot lately about the importance of looking for the helpers in tough times. They weren't hard to find on Sunday morning, as the city of Buffalo woke up to the aftermath of violent riots that broke out after the protests surrounding the death of George Floyd.

In addition to the citizens who cleaned up the graffiti and debris in Niagara Square, local businesses are stepping up to support each other as they asses the damage to their storefronts.

One target was Thin Man Brewery on Elmwood Avenue, whose door was smashed. In a post on Instagram, the brewery said they had a neighboring business to thank for boarding it up.

"A million thanks to our neighbors at Wing Kings for being so quick to help us last night," the post reads. "They're some of the most supportive and loving people we've ever had the pleasure of meeting and working with."

They went on to encourage people to order wings from their neighbors this week.

The Elmwood Village Association has launched a fundraiser called "Glass Ain't Cheap" to help businesses pay to replace their broken doors and windows. You can make a donation through their website.