Dunkirk Police connect with kids over 'Breakfast with a Cop'

The Dunkirk Police Department is running a new community outreach program to connect with some of the youngest in their community. 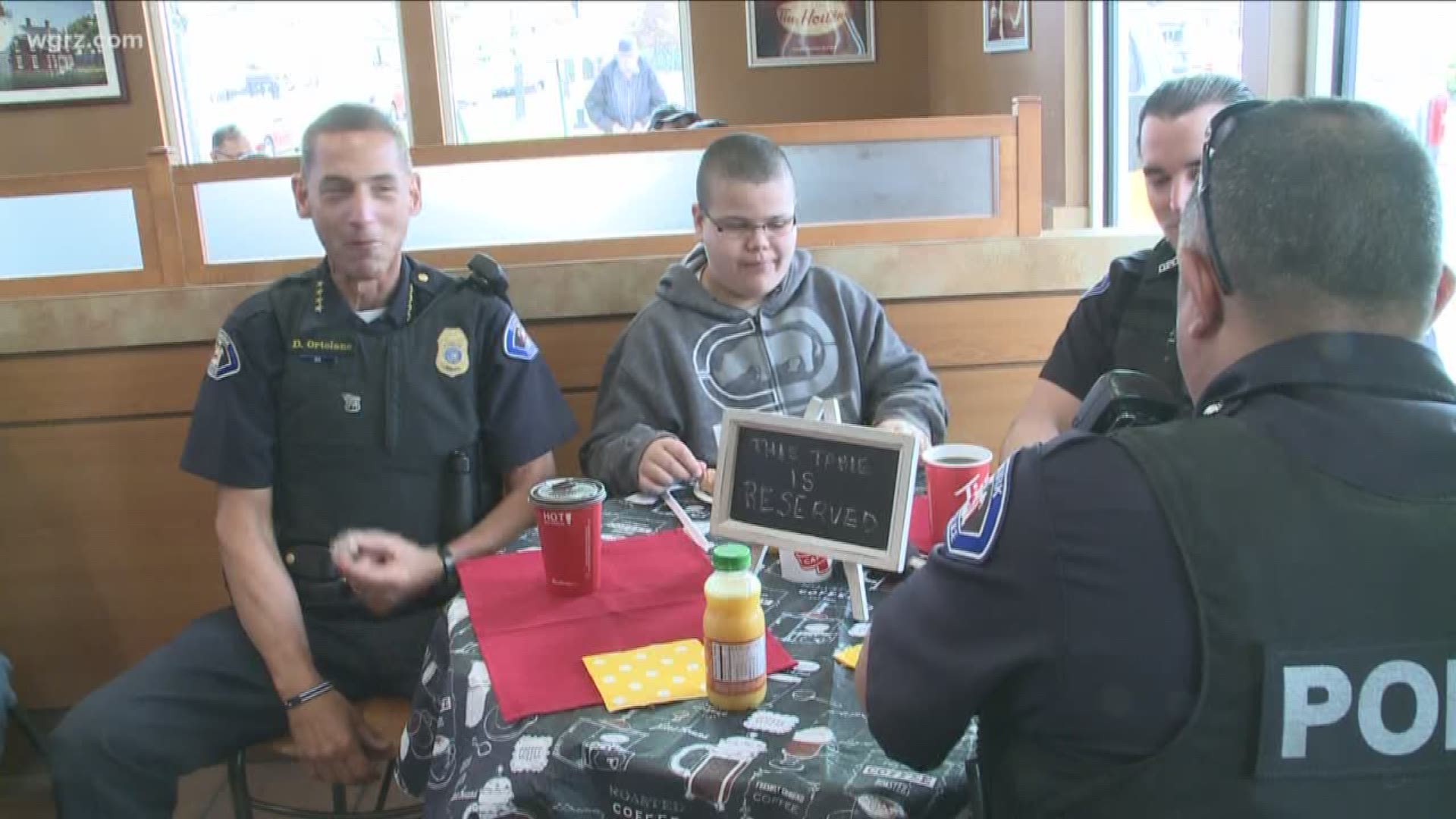 Dunkirk, N.Y. — As police entered School 3 in Dunkirk Friday morning, it might have appeared that someone is in trouble.

They approached fourth grader Josiah Adorno, introduced themselves and brought him to their patrol car.

But don't jump to conclusions.

Josiah was not in trouble. This was actually the opposite of trouble.

Josiah is the student of the month at School 3 and these officers came to take him to breakfast and celebrate.

At a reserved table at the Tim Horton's on Lake Shore Drive East, Josiah and the officers enjoyed donuts, coffee, OJ for Josiah and conversations.

After breakfast, they took Josiah for a ride around the city. Riding front seat of the patrol car, Josiah got to touch all the buttons and sound the sirens.

"I'm gonna be the chief of the school," Josiah joked.

Officer Thomas Rozumalski of the Dunkirk Police Department launched this program in the hopes of connecting officers with the youngest in their community and connecting them in positive encounters versus the alternative.

"I'd always rather see them like this than see them in the back of a police car when it's too late and a problem is already gone too far and we have to get involved that way," the officer said.

Josiah's past is not perfect. The school principal tells us he was a "frequent flyer" in his office earlier in the year. But the fourth grader changed his ways and now he is rewarded for it.

"This is what happens when you do good things and the community stands behind you," Chief of Dunkirk Police, David Ortolano, said.

In the matter of one morning, Josiah got to eat breakfast with police officers, ride around in a patrol car and maybe even get some future career inspiration, too.

"I just wanted to become a new officer and I actually look forward to do some justice around the world," Josiah said.

Dunkirk Police said they hope to expand this program next year to take more than one student a month for this breakfast and ride in the patrol car.