DL&W site construction unearthing the past

Construction for future development is revealing the facility's importance to the city a century ago. 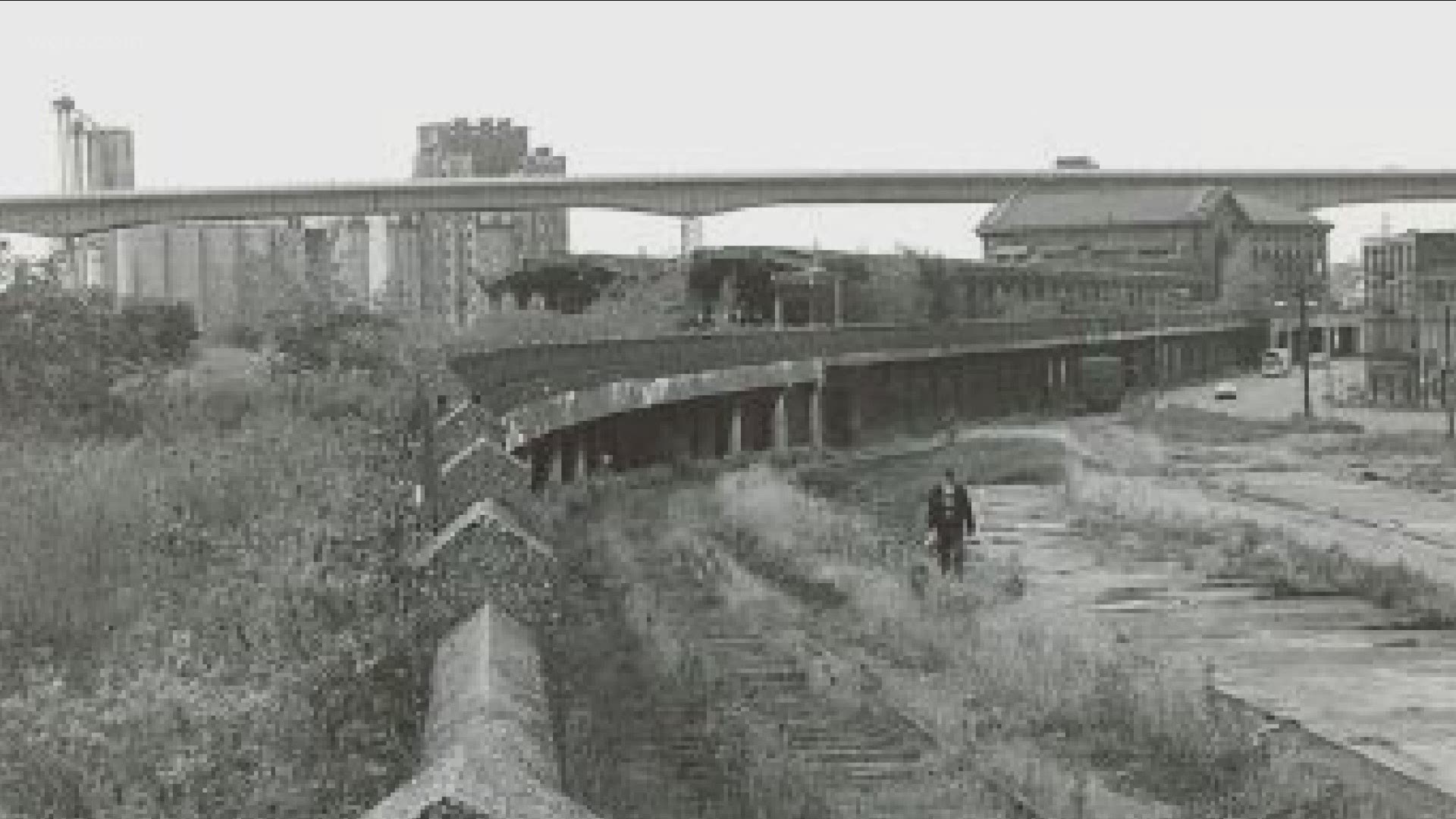 BUFFALO, N.Y. — Throughout this pandemic, there has been quite a bit of work going on quietly, down along Buffalo's waterfront. One project has been the reconstruction work in advance of future development possibilities at the NFTA’s DL& W terminal building behind the KeyBank Center.

But as they think toward the future, they are also digging up, some unknown stories of Western New York.

When Buffalonians think of the city's historic train station, Central Terminal is typically what comes to mind for most.

However, 12 years before NY Central railroad opened the Central Terminal, there was another. The DL&W terminal opened up in 1917.

The NFTA is currently working to build a new future for this landmark. As they have surveyed the structure, inside, outside and even underwater, they have unearthed a wide variety of unknown stories if you will.

“It was built on literally a forest of trees from around the Buffalo area, they ended up pile driving those into the riverbed, pouring the concrete pad on top” said Frank Fowler of the NFTA. “And then from there is an existing structure that is over here at the Metro Rail complex."

As they continue their construction work to try and build a new future for the terminal, echoes of the past keep coming back. They serve as reminders of how important this facility was in a growing and bustling city.

As the @NFTAMetro continues it's work, preparing the historic D L & W for future development, they are uncovering some #UnknownStoriesofWNY the story this morning on #Daybreak @WGRZ pic.twitter.com/8XTCnZzcTx

“You used to take the train in from the Central Terminal or they can take it out from there. They were able to catch a steamship and either head over to Canada, head over to Cleveland or head over to one of the other destinations that the Steamers ended up Servicing,” Fowler said.  "This is a facility that was once a booming part of the City of Buffalo. A lot of families and a lot of history have come into the DL&W from various areas of the world in the various parts of the country."

And as they dig into the soil, they are finding interesting pieces of the past.

"One thing we found underneath the DL& W was a tunnel,” Fowler said.  “We figure that that was using the cattle chute so that way when freighters that came in that were showing cattle were able to move the cattle back and forth from the ships on the trains.”

This proud history is providing a solid foundation for a new future.

“The architecture really has proven the test of time,” Fowler said.