The biannual Junior League of Buffalo fundraiser runs from August 20 through September 18. 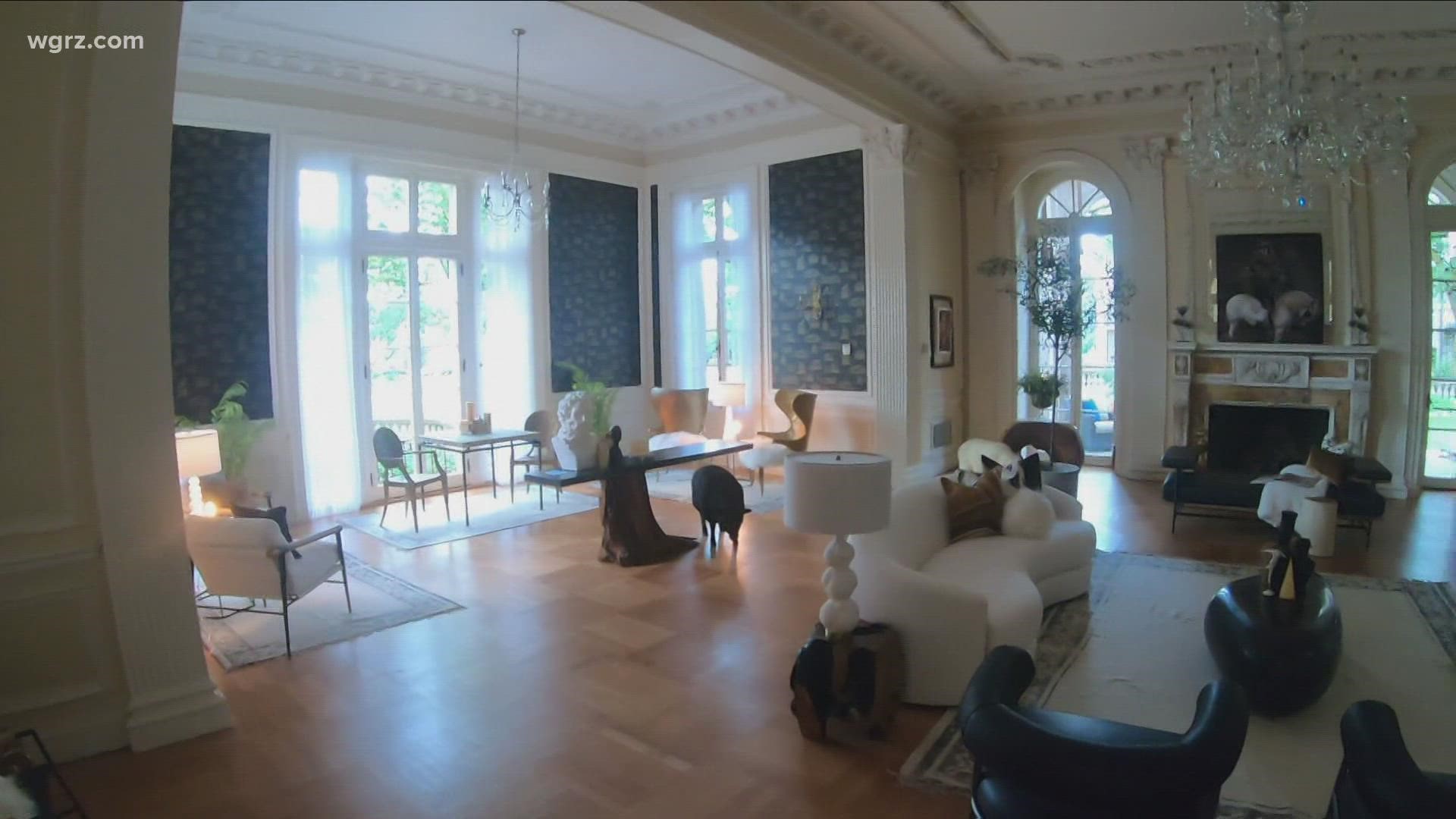 BUFFALO, N.Y. — A Buffalo tradition that celebrates the city's historic architecture and booming artistic talent is set to return on Saturday.

Dozens of local designers have been hard at work putting the final touches on the Grace Millard Knox House on Delaware Avenue for the 2021 Decorator's Show House.

At 28,000 square feet, it's the largest home ever used for the Junior League of Buffalo's bi-annual fundraiser. An iconic part of the city's Millionaire's Row, it was completed in 1918 for the widow of Seymour Knox. The mansion is now owned by Attorney Ross Cellino, and is the future home of his law practice.

The first public tour of the newly renovated home takes place Saturday morning, and it will be open until September 18.

"We have 37 decorated spaces this year, so there's a lot to see, and the spaces are grand, so you want to look from the floor all the way to the ceiling because the architecture is spectacular," Chairperson Karen Benz Coen told 2 On Your Side. "There's carvings into the plaster ceilings, the moldings, everything. There's so much to see, and the decorators have really transformed these spaces to really get everybody inspired."

A post shared by Junior League of Buffalo (@juniorleaguebuffalo)

Timed ticket reservations are required, and unvaccinated guests must wear masks when they visit.

Proceeds will be donated to a Western New York nonprofit of the Junior League of Buffalo's choosing next year.

You can learn more and purchase tickets here.