Could this be the year Luna the polar bear becomes a mom?

If the Buffalo Zoo fan favorite is pregnant, her cub or cubs would likely be born sometime in November. 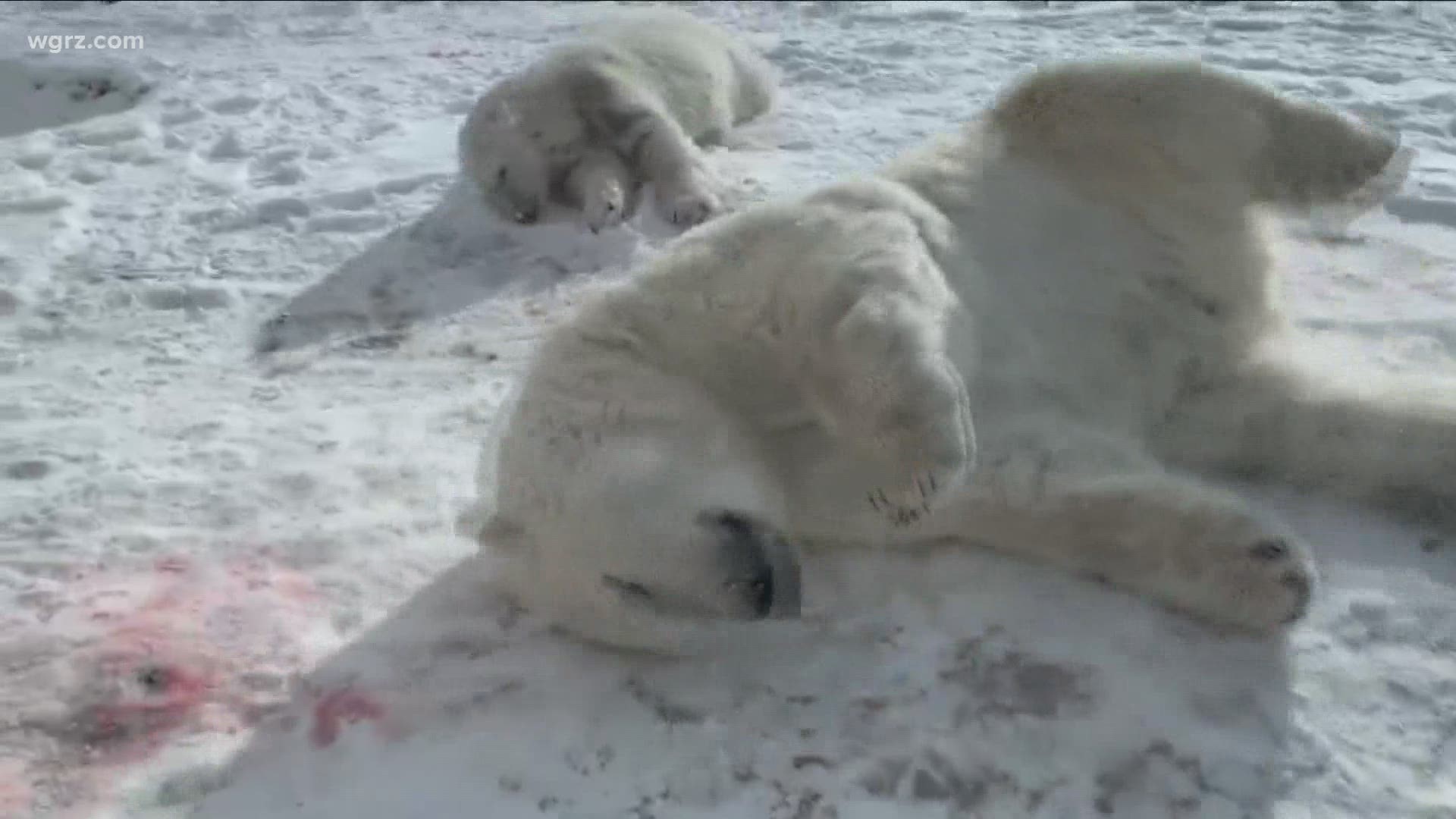 BUFFALO, N.Y. — It's not normally polite to speculate on possible pregnancies, but the latest video from the Buffalo Zoo has us all wondering if 2020 could be the year that Luna the polar bear finally becomes a mom.

It's officially denning season for Luna the polar bear, and she is getting comfortable in her den where she'll be for the next few months.

This is a completely normal activity this time of year for female polar bears and does not indicate that Luna is expecting. It's just that her body is preparing for a pregnancy. As noted in the Zoo's Instagram post, there's no real way to know until she gives birth.

When 2 On Your Side spoke to Luna and Sakari's primary keeper during the breeding season in February, Caitlyn Bruce said that if Luna becomes pregnant, she will likely deliver sometime in November, and the cub or cubs would then make their public debut in early Spring 2021. Most commonly, polar bear pregnancies yield two cubs.

The Zoo officials say they will monitor the possible mama-to-be and share more updates on the denning process on social media.