One of the very first documented cases of what we now are very familiar with, contact tracing happened over 150 years ago in WNY 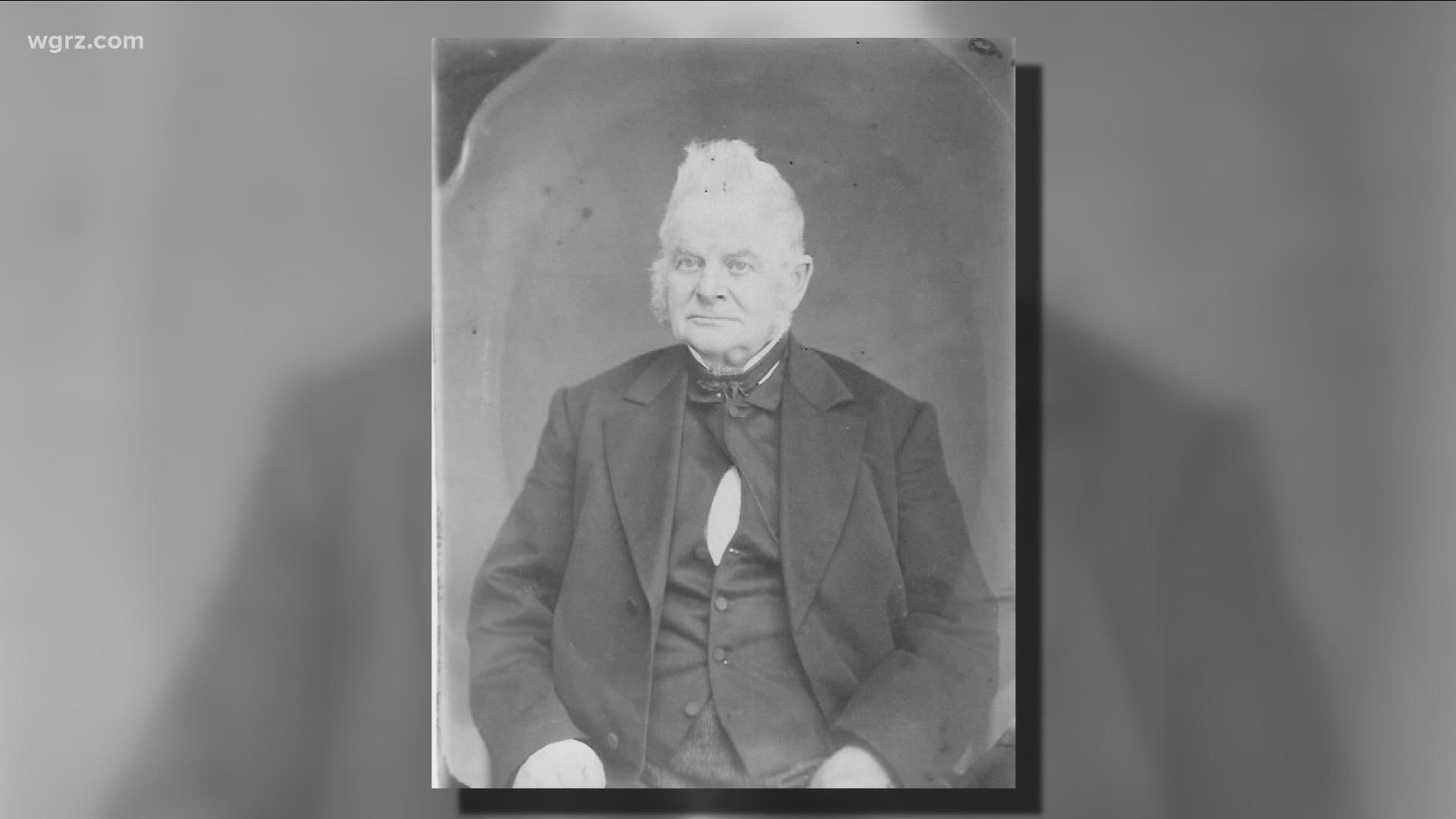 BUFFALO, N.Y. — The term contact tracer has become part of the everyday conversation because of COVID-19, but, more than 150 years ago, a Western New York doctor was one of the first to put it into practice

Forty years before the Village of East Aurora was incorporated, and 63 years before the Roycrofters opened up shop, what is now called Larwood pharmacy was doing business as sort of back-up plan.

It is all laid out in a book published by UB professor emeritus Thomas Rosenthal. He became intrigued by an item in the Aurora town historical society.

“But no one knew why there was a handwritten copy of the diploma,” Rosenthal said.

He was intrigued by the handwritten diploma of Dr. Jabez Allen. Allen submitted the hand-written copy to the Erie County =Medical Board, fearing his original would be lost.  It took four years for them to review his application to practice medicine.

"As a result, he opened the drug store because there were no rules or regulations or licensing for pharmacists at the time so he concealed his medical practice in a drugstore,” Rosenthal said.

When he graduated, the medical profession was still using practices like leeches and bloodletting. But as time passed, so did the approach to medicine.

“In Dr. Alan’s time the germ theory was just beginning to be appreciated,” Rosenthal said.

And Dr.  Allen embraced the new approach to treating and diagnosing patients. He soon became one of the foremost experts in Western New York. His expertise was called upon with an outbreak of the disease in a nearby town.

"In 1843 the little burgh of North Boston welcomed a visitor who came in on a stagecoach but fell sick and stayed in a tavern overnight,” Rosenthal said. “But by the next morning was dead. He died of typhoid and in the next few weeks the typhoid epidemic killed 10 people out of the 24 living in north Boston.”

“They investigated that by visiting every home in North Boston talking to every family and came away with the conclusion that everyone had contact with the emissions of a patient who was sick with typhoid," Rosenthal said.

One of the very first documented cases of what we now are very familiar with, contact tracing.

Just one chapter in a story, now documented in doctor Rosenthal’s new book, “Bloodletting and Germs”, and within the unknown stories of Western New York.