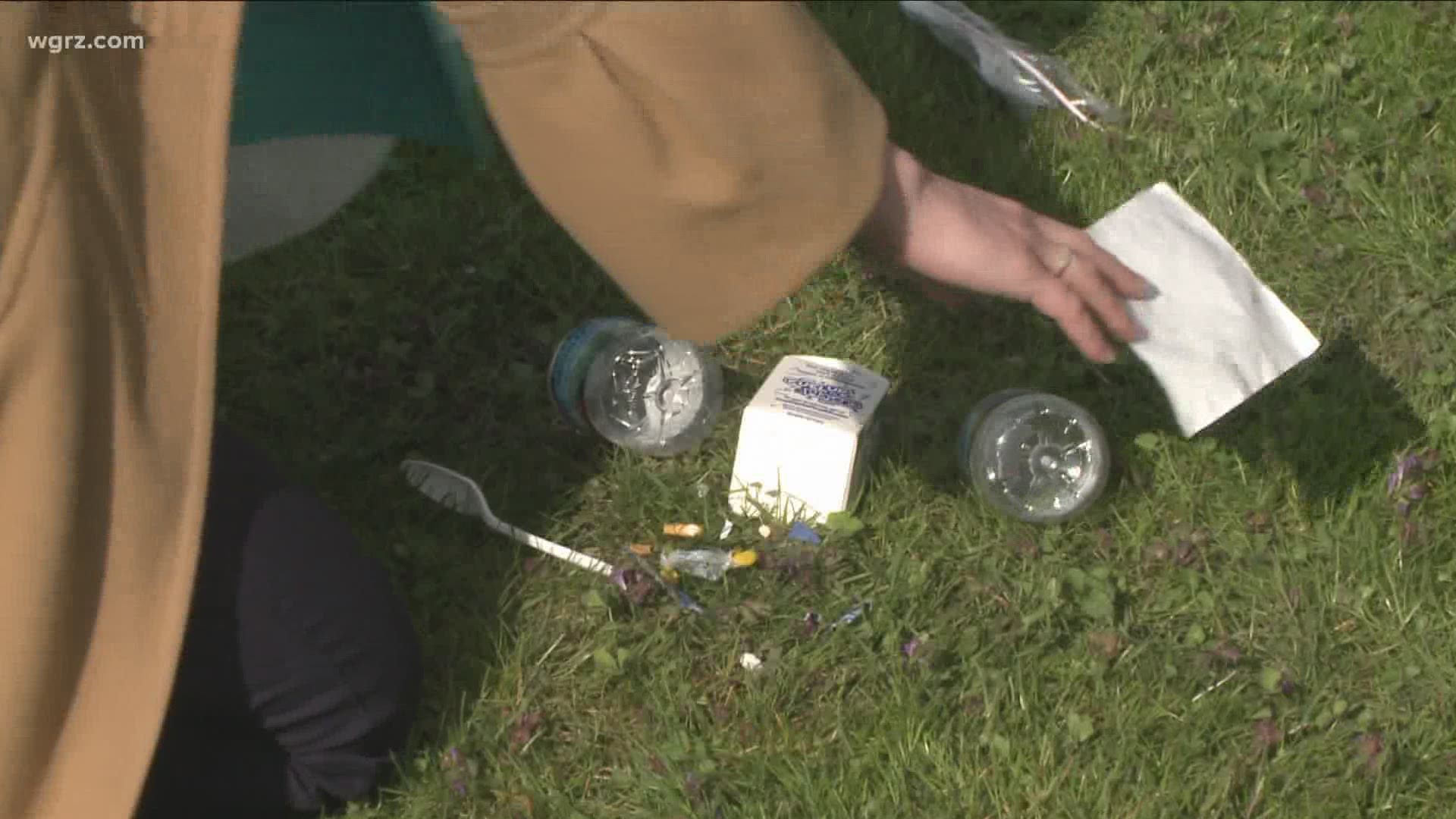 BUFFALO, N.Y. — Trash Mobs are grassroots community clean up efforts aimed at facilitating changes through awareness. Western New York's is making things a little interesting in honor of Earth Day this year with a clean up competition across the region.

Western New York Trash Mob is made up of community groups across Buffalo. They host monthly neighborhood cleanups on the last Sunday of the warm weather months.

Although the results of their clean ups are noticible, its members say Trash Mob is about more than picking up trash. It's also about building community connections and rallying around the beautification of Buffalo.

"We want to engage people in essentially just acts of awareness and education, so that we recognize not only what the problem is but maybe some solutions to it," Katherine Pessecow, who leads Trash Mob's Mission and Direction, told 2 On Your Side.

South Buffalo Charter School is one of the many locations across the city that will be supporting today's Trash Mob Earth Day Clean Up by spreading messages to the students.

To participate in the contest, all you have to do is grab a bag from home or one of their many hub locations around the city and post a photo tagging @WNYTrashMob on Facebook or Instagram to win prizes.

Some of the hubs have moved their events to Sunday, April 24th due to Wednesday's snow, but the group welcomes you to pick of trash anywhere around Western New York.