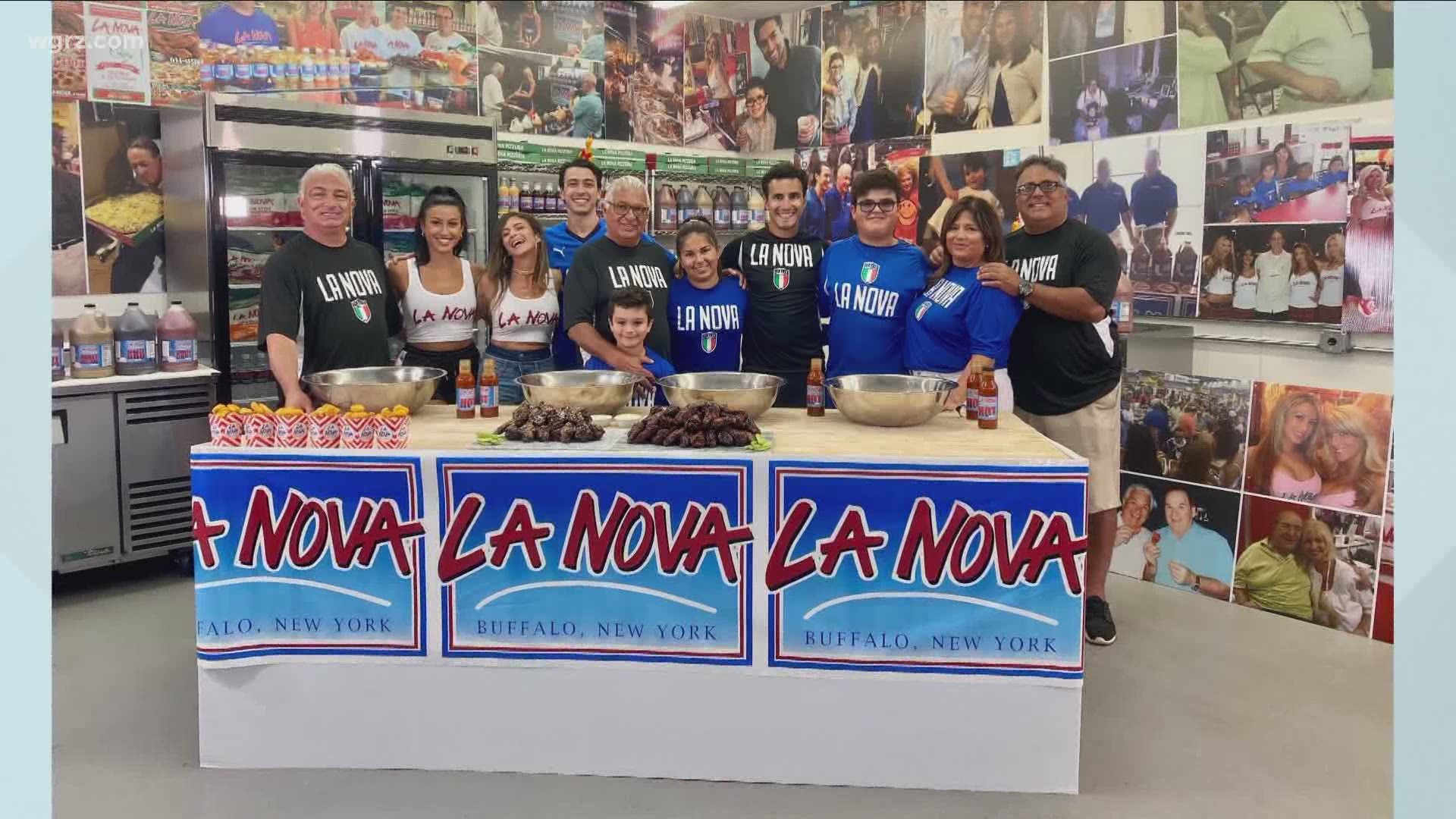 BUFFALO, N.Y. — In honor of National Chicken Wing Day, we checked in with some favorite wing spots around town to see how they're celebrating. Anchor Bar, the birthplace of the wing, will have fifty cent wings from 4 p.m. -9 p.m. Wednesday at their Amherst location.

At La Nova, where many members of the Todaro family were getting ready for National Chicken Wing Day at their corporate headquarters Tuesday. They ship their wings to destinations across the country. La Nova was established in 1957 and is on its way to being a fourth generation family business. Here's a fun fact - if barbecue wings are your favorite, you have La Nova to thank.

"He was the first to deliver wings to be from pizzerias into the city and in 1993, we started La Nova Wings National Chicken Wing Company which we introduced chicken wings into the pizza industry," said Joey Todaro, about his father, Joe. "My father and grandfather invented the barbecue wing."

"I think the barbecue wings really took over Buffalo. People love ours and I have to say I think we have the best. The charcoal barbecue," Joe's daughter, Carla Todaro-Pantano, added.

If BBQ wings are your favorite, you have La Nova to thank. They were the first to do it! @WGRZ 🍗 @joeylanova #NationalChickenWingDay pic.twitter.com/5cXedE7Dha

Bar-Bill wings are another fan favorite for a lot of Western New Yorkers, 2020 has been especially interesting for their business. They opened a brand new location, just before the Covid-19 pandemic struck.

Up until January, you had to go to Main Street in East Aurora to get your Bar Bill wings. That's when they opened their Clarence location, in the building that once housed the Old Red Mill, following a major renovation of the space.

Owner Clark Crook says with the 50 percent capacity rule in New York State for indoor dining, having the second location has been key to keeping their business thriving. The Northtowns location has an upstairs and downstairs patio, with plenty of room for social distancing while eating outside. Altogether, Bar-Bill North has a capacity of 225, compared to East Aurora's 50. 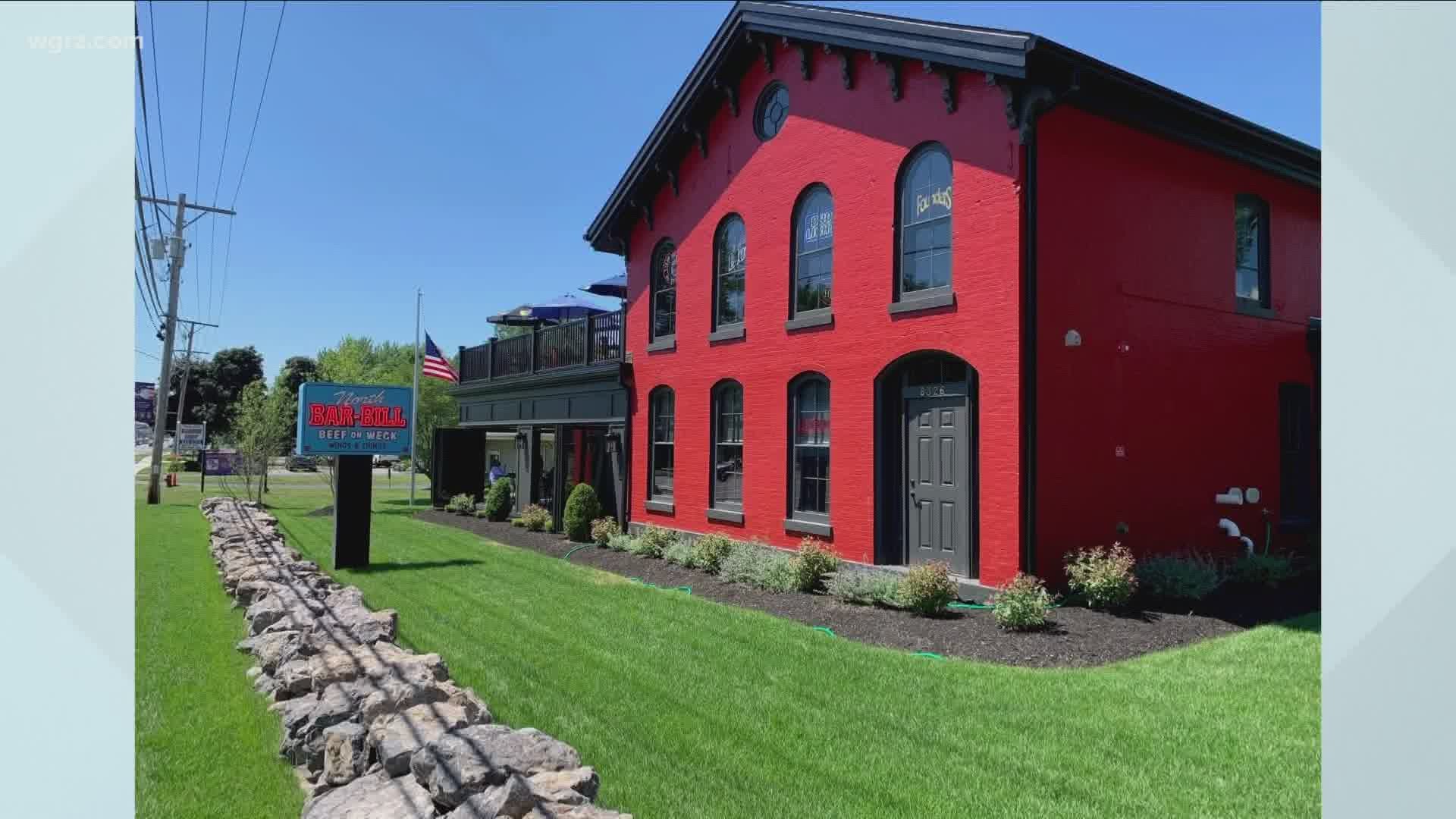 "I will say that the Northtowns has been a saving grace, because we have so much more capacity there at Bar-Bill North, that we can really have effective spacing and still do a relatively good job of keeping the customers safe and creating a viable business.

On this National Chicken Wing Day, the Bar Bill team says they want to thank the Western New York community for supporting both of their locations over the years. They feel it's their responsibility repay their customers by giving them a safe space to enjoy a meal.

-Flats outnumber drums in popularity, 3 to 1
-Their most popular sauce is medium (which is hot 🥵), followed by honey butter BBQ
-Their roast beef is actually the most popular item on the menu! @WGRZ pic.twitter.com/ArjJ0IGf3U