Pour Taproom has taken over the former home of Cabaret Restaurant at 490 Pearl Street. 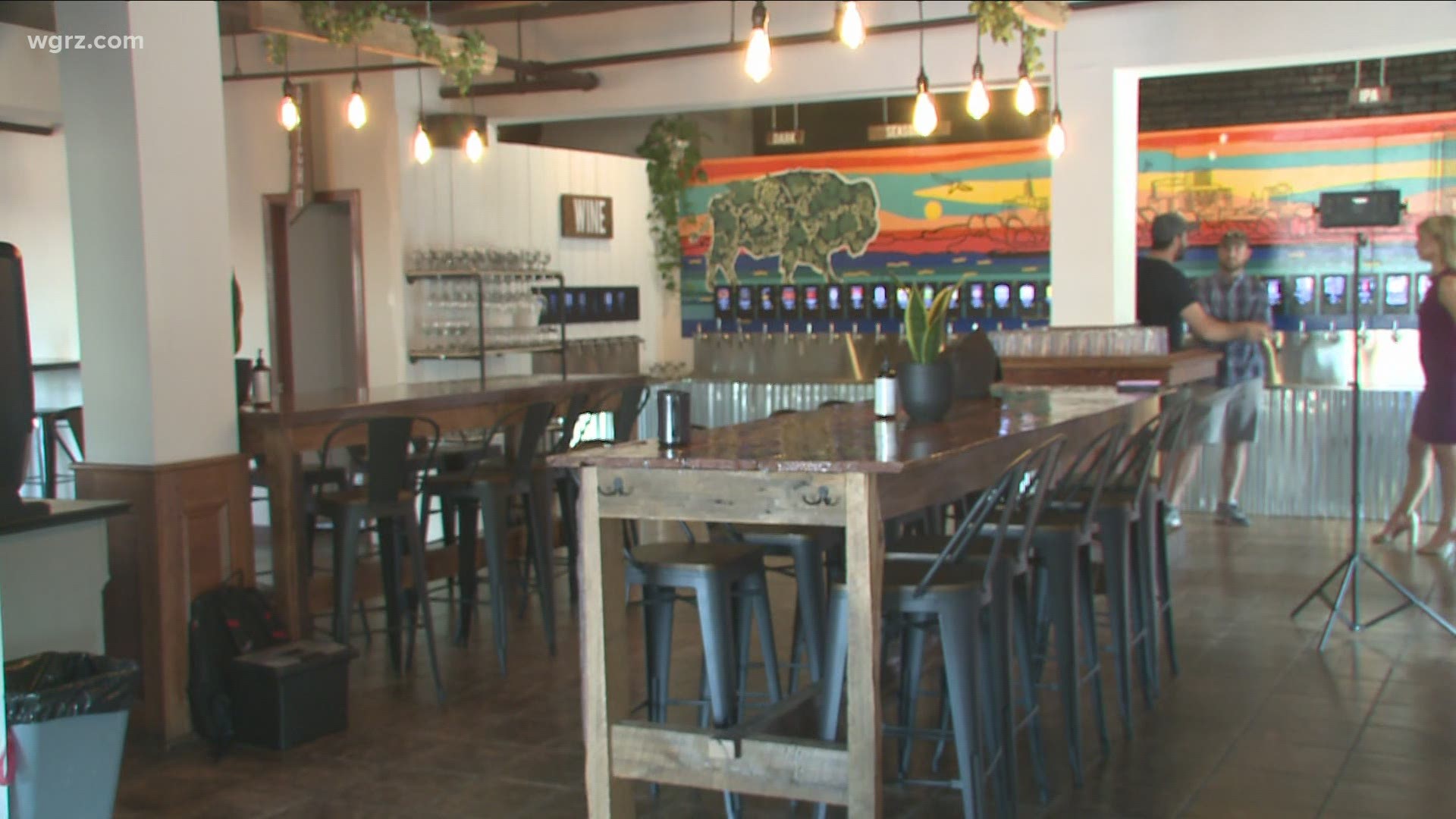 BUFFALO, N.Y. — We told you earlier this week about a new self-pour taproom coming to the Elmwood Village in the fall, inside Ellicott Development's Elmwood Crossing project.

Well, the trend doesn't stop there. Another self-serve taproom has been in the works in the theater district for years, and it's finally opening Thursday night.

Pour Taproom has been three years in the making, inside the former home of Cabaret Restaurant at 490 Pearl Street. There are no bartenders. Customers will open a tab at the front desk when they arrive, and receive a VIP pass with a QR code on the back, which they'll use to scan before pouring their own beverage from the dozens of beer, wine, and cider taps available. When you close out at the end of the night, you'll be charged for the exact amount of ounces you poured.

"It's an amazing concept, and it gives everyone the chance to be their own bartender," said Co-Owner Matt Prime. He and his partner, Joe DiCenzo, say a trip out of town inspired them to bring the self-pour revolution to Buffalo.

"We visited one in the south, and we were sitting there looking around, thinking about the amazing beers we have here in Buffalo, and how great of a beer scene there is here," Prime told 2 On Your Side. "We just thought it was silly not to do it."

They understand there may be a bit of a learning curve for customers at first.

"There definitely could be," DiCenzo said. "You know, if you can practice pouring some beer at home a little bit out that would definitely help out, but we'll definitely be here to help."

While the pandemic pushed back their original opening, scheduled for April 2020, and brought its fair share of other challenges, a place like Pour doesn't have to worry as much about the labor shortage as a traditional bar or brewery would.

"There's definitely issues with that in the city and around the country, but we've been fortunate enough with the concept that we don't need a lot of labor involved because you're coming to help yourself," Prime said.

"Please stop in and check it out, if nothing else you can pour a couple ounces and leave with a lot of money in your pockets still but a good beer in your belly," Prime said.