The museum's "Golden Mummies of Egypt" exhibit has been extended to October due to the COVID-19 pandemic. 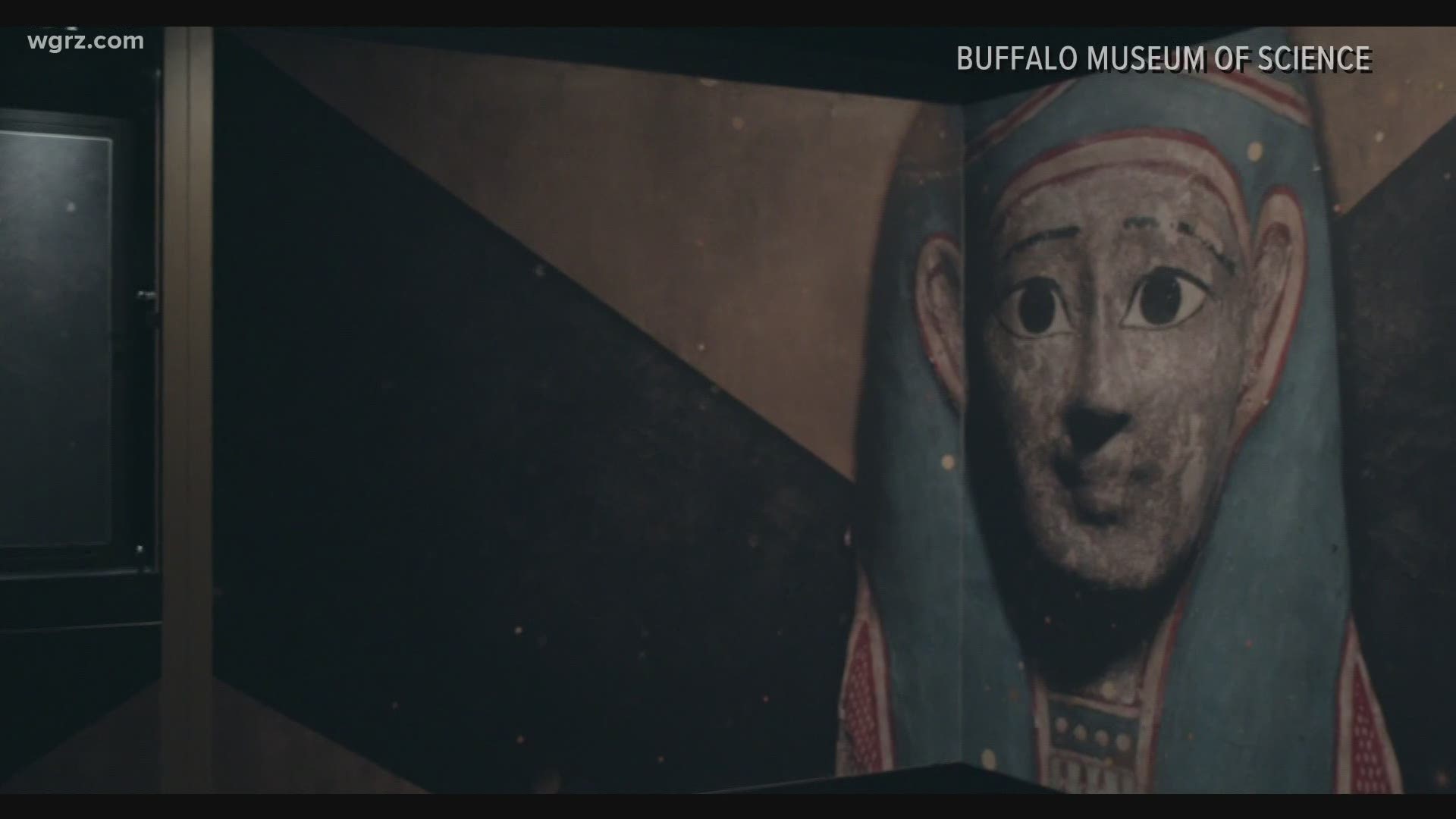 BUFFALO, N.Y. — Friday is the day members and staff at the Buffalo Museum of Science have been waiting for. They'll reopen to guests for the first time in four months, but only certain areas of the building will be accessible for the time being.

The museum is beginning its gradual reopening process with the second floor, which reopens beginning at 10 a.m. Friday, July 10. President and CEO Marisa Wigglesworth says they chose to start with that floor because it houses the museum's lower-touch areas, such as the biodiversity exhibit and the "Re-Think Extinct" exhibit about dinosaurs.

"As hands-on museum, and one that welcomes audiences of all ages, including a lot of children, we recognized how important it was to ensure that the visit experience was safe," she told 2 On Your Side. "A modification for computer screens particularly is that we will be giving each guest their own stylus. It's about 3 and a half inches long, and asking guests to use the stylus to engage with the touch screen rather than their hands."

The second floor is also home to the Golden Mummies of Egypt exhibit, which was only up for five weeks before the COVID closure. That exhibit will now stay for an extended run through October. Wigglesworth says that people may see it with fresh eyes, as conversations in the museum world around exhibits like this, which feature real human remains of Egyptian people, have started to change.

"Throughout the four months that we've been closed, certainly so much has been happening in our society around conversations of racial equity. We here at the Buffalo Museum of Science absolutely recognize our role in being a part of that," Wigglesworth said. "Part of what we do here at the Buffalo Museum of Science is celebrate cultures from all over the world, and not only appreciate the traditions that set us apart, but the amazing similarities that hold us all together. So, we're privileged to share mummies of Egypt in that spirit, but at the same time we are absolutely eager to move into conversations around how can our museum do better of reflecting the full and culturally appropriate stories of these exhibits and artifacts?"

The Buffalo Museum of Science will be open Fridays, Saturdays and Sundays from 10 a.m. - 6 p.m. Reservations and masks are both required.

Museum members will have access to the museum's entire second floor, including the Golden Mummies exhibit for no additional charge. Members of the public can purchase tickets to view the Golden Mummies, which also includes access to the second floor exhibits. Ticket prices are $19 for adults and $16 for children, seniors, and members of the military.

For more information on purchasing tickets or a membership, visit www.sciencebuff.org.