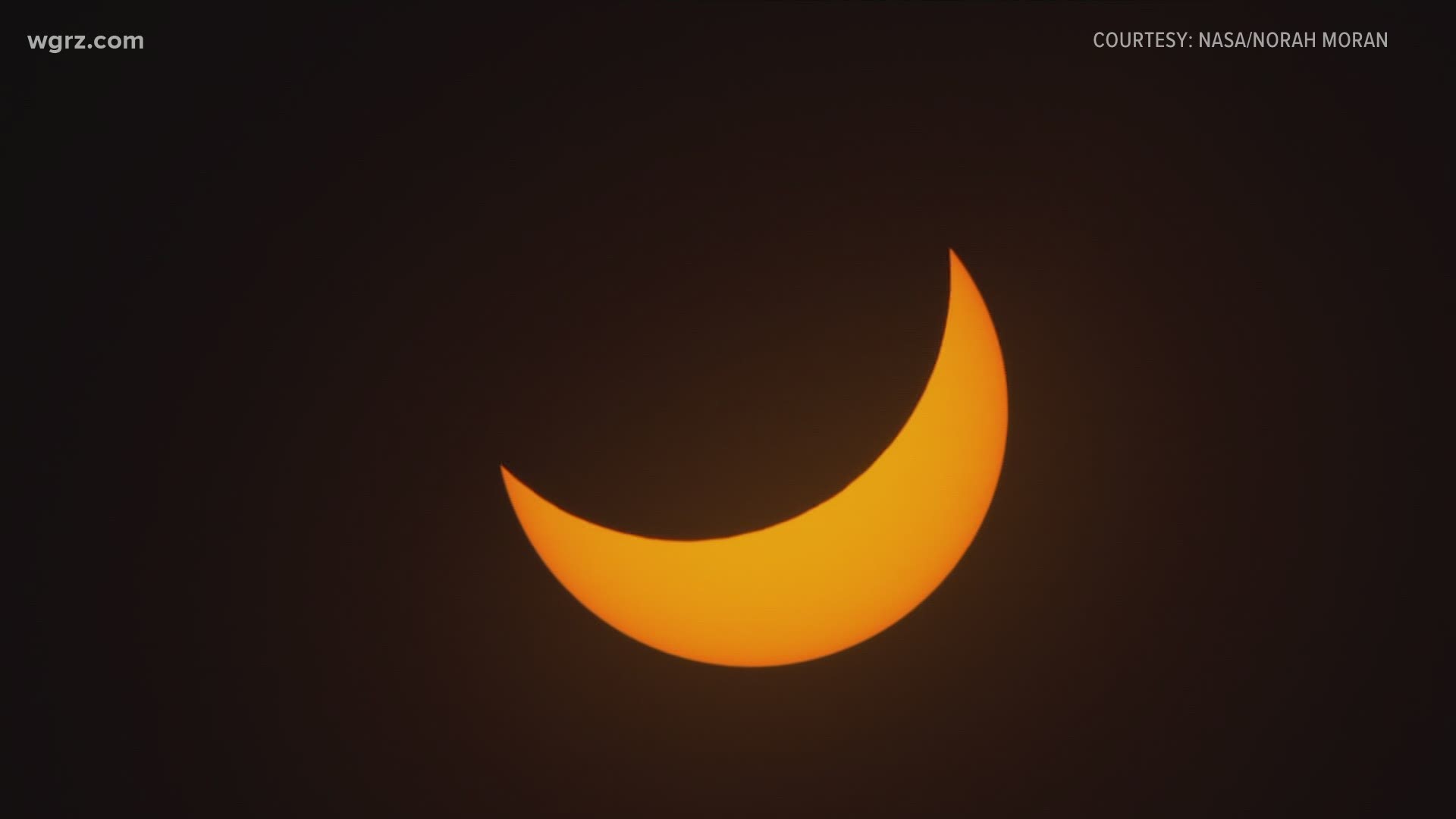 BUFFALO, N.Y. — Astronomy lovers, science buffs, and stargazers of Western New York gathered on the rooftop of the Buffalo Museum of Science Thursday morning to witness a rare astronomical event.

The Earth, sun, and moon lined up for a partial solar eclipse, which was already in progress when the sun rose at 5:36 a.m.

Buffalo Museum of Science staff were joined by members of the Buffalo Astronomical Association and a small group of museum members to witness the eclipse from the museum's rooftop vantage point of the horizon through solar-viewing safety glasses.

The occasion was the first time guests had been on the museum roof since the Covid-19 pandemic began.

"It's a welcome sight, it's good to have everybody back on the roof again. We've been waiting for this for a long time," Tim Collins, Buffalo Museum of Science astronomy team member told 2 On Your Side.

"It was fantastic. I'm just floored at how great it was, and how much other people enjoyed it that were up here," he continued. "It's good to have the rooftop open and I'm looking forward to the coming weeks now."

Collins says the museum's rooftop will be back open to the public for solar observing again on June 19th. 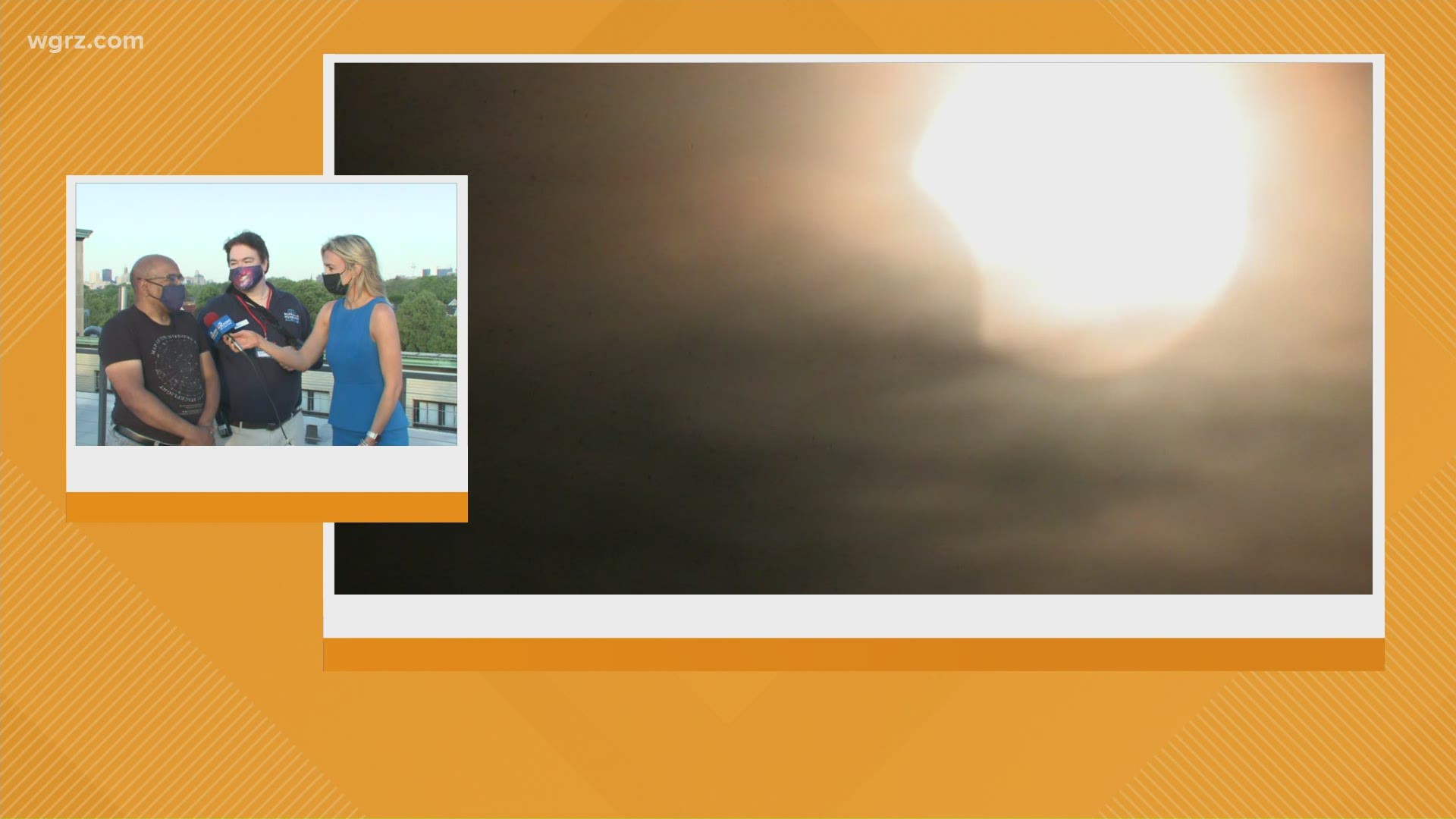 If you missed this eclipse, don't worry. Buffalo in the path of totality and one of the best places to experience another solar eclipse on April 8, 2024.

Witnessing an eclipse can be an emotional experience. Buffalo Astronomical Society President Mike Humphrey says that's why so many people travel to view them in totality when possible.

"They're really kind of rare and spectacular," he told 2 On Your Side. "You're looking at something where the moon is going to cover the sun, you're going to see a corona. During the afternoon it's going to go dark, and it will be incredible. It will be something that you can't describe it. You have to experience it is the best way to say it."

For more information on the Buffalo Astronomical Association and to stay up to date with the preparations for 2024's eclipse, visit their website.