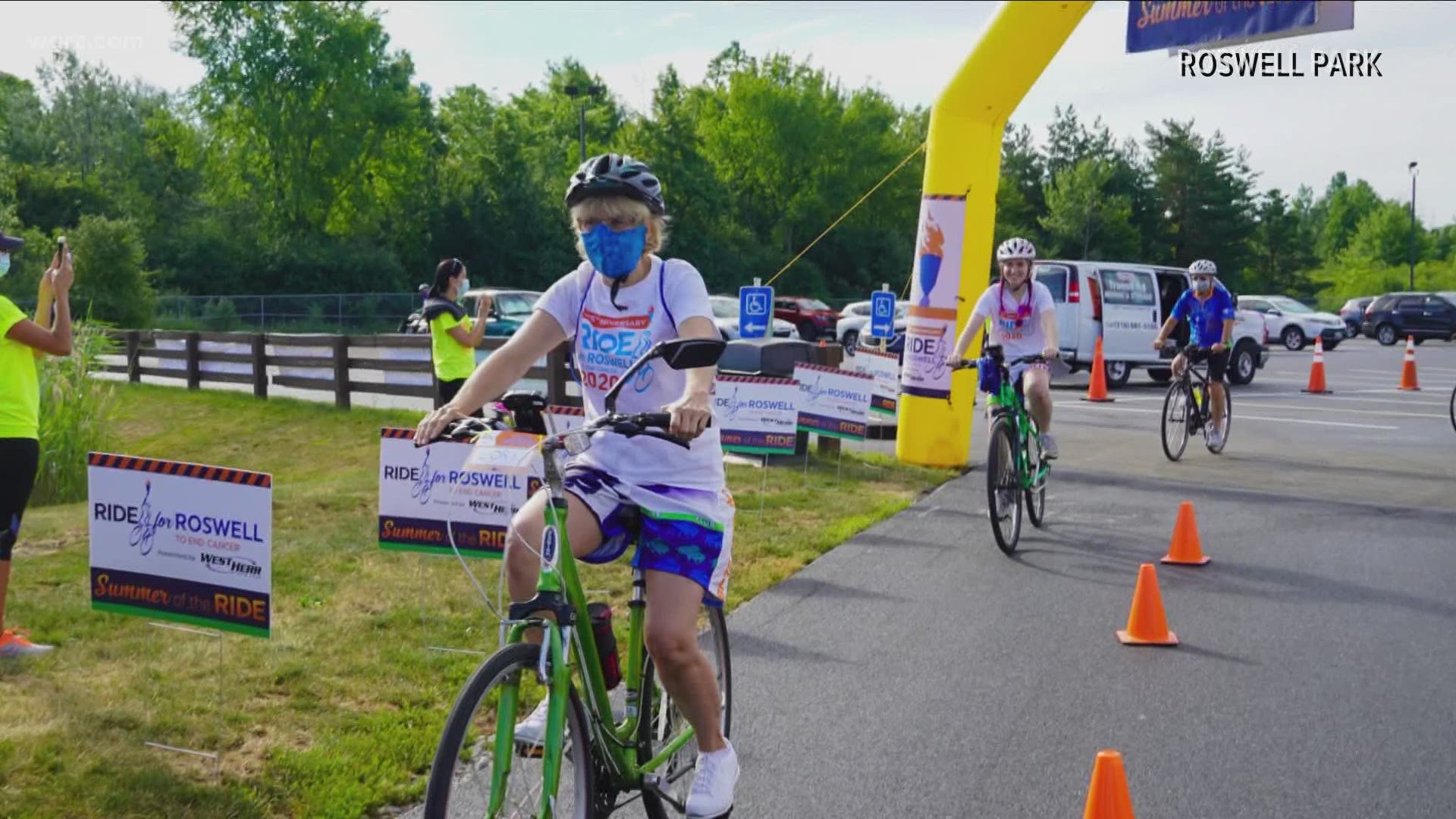 Roswell Park's "Summer of the Ride" didn't officially begin until Saturday, August 1, but one breast cancer survivor from Lockport didn't wait to log hundreds of miles for the cause.

Lori Runk celebrated eight years of being cancer free back in July. She and her daughter ride and fund raise through the Ride for Roswell each year, as their way giving back to the hospital that saved her life. Lori was initially disappointed at the thought of the Ride being canceled this year due to the pandemic, but she didn't let that stop her from keeping her tradition going.

She was on furlough from her job as an engineer at the time, so she had a little extra time to work with. Lori challenged herself to ride 500 miles through a series of small rides between May 1 and August 21. Lori reached her goal more than a month before the deadline, on July 18.

Lori is an eight-year cancer survivor who does the Ride for Roswell with her daughter every year to thank the hospital that saved her life.

She didn’t want the pandemic to stop her tradition. So Lori rode 500 miles solo for her own “Summer of the Ride.” @WGRZ @RoswellPark 🚲 pic.twitter.com/MFJIREQh1T

"I was so exited that day," she told 2 On Your Side. "To tell you the truth, the first hundred seemed really easy, and then when I got to two hundred, I started thinking, 'What am I doing? Why did I commit to this?' This is a lot of riding! But when as we got closer to the end, the number of people that gave me names, it was just fun. Beautiful rides, nice days, I've been all around Lockport, where I'm from, and it's been fun the whole time." 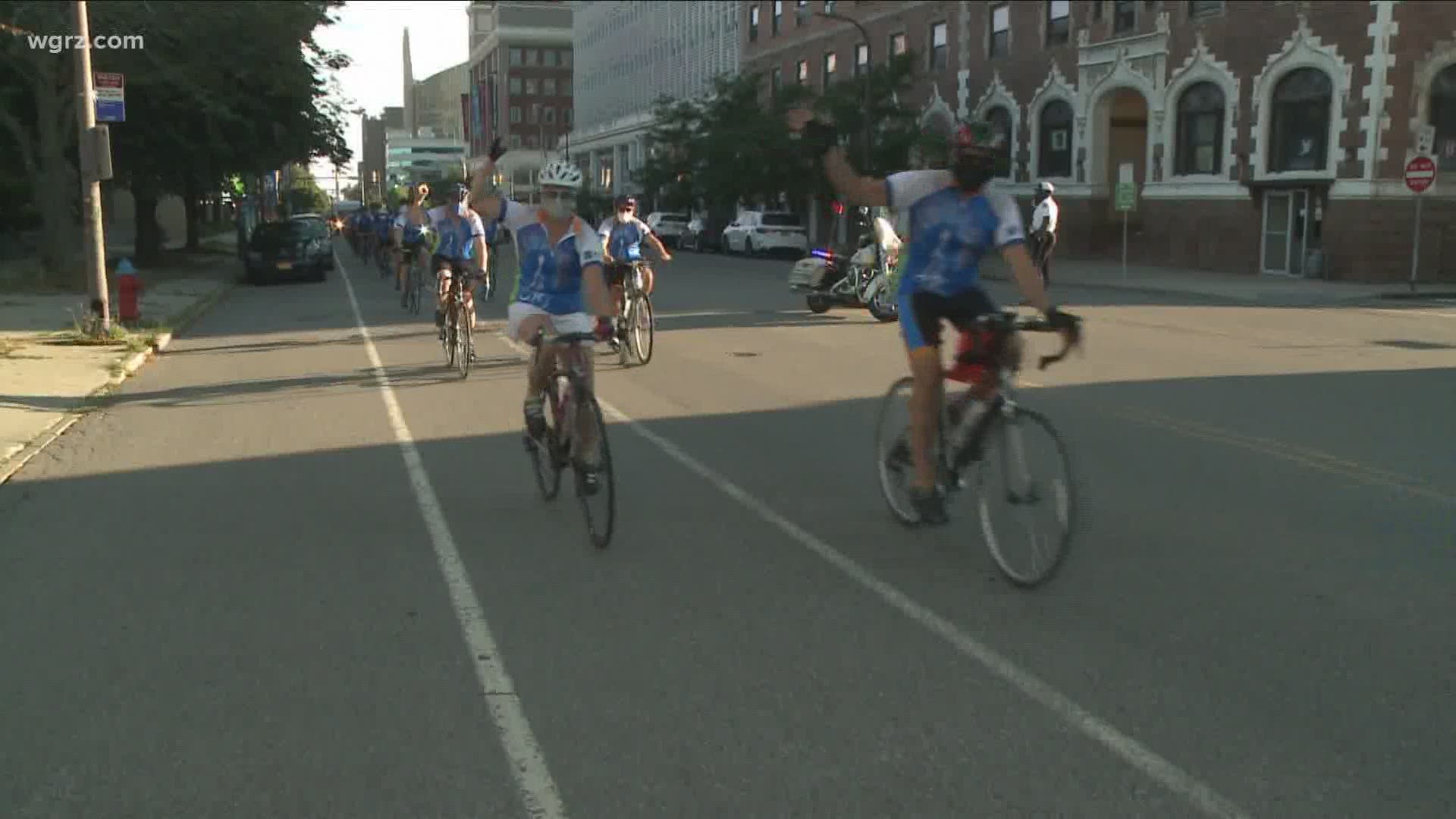 Lori rode with names of cancer survivors on her back, which helped her raise more than $3,000 dollars for cancer research at Roswell.

There are two ways to participate in the Summer of the Ride, either like Lori, on your own solo rides, or through socially distanced group rides on the weekends. There is no mileage or fundraising requirement, and all miles must be logged by August 21. Full details are available here.