Bills fans raise over $4,000 to fly banner over stadium before Rams game

The banner will read "Together or Apart, #Bills Mafia Loves You." 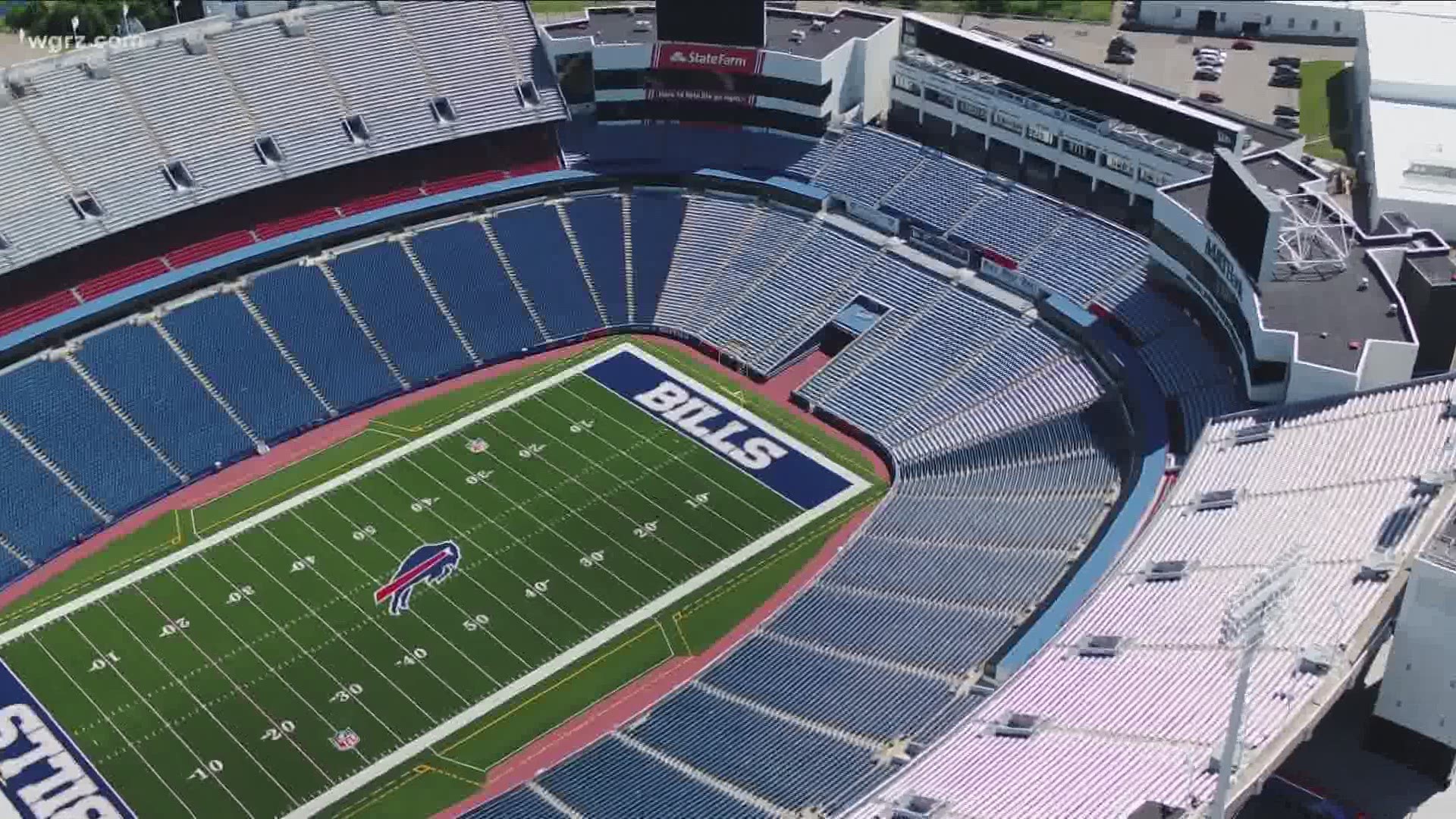 BUFFALO, N.Y. — The Bills are 2-0, the Rams are coming to town, and Sunday's forecast is looking good. If it were a normal season, Bills Stadium would be rocking by kickoff.

Without fans allowed inside though, Bills Mafia found another way to make their presence known for Week 3. When the players and staff pull up to One Bills Drive on Sunday, they'll see a plane flying around the stadium, carrying a message from the fans.

It will say, "TOGETHER OR APART #BILLSMAFIA LOVES YOU!"

A group of Bills Mafia members contributed to more than $4,000 to a GoFundMe to pay for the flyover banner, like the ones you often see circling beaches.

It was all Joe Vaiana's idea. The lifelong Bills fan from Rochester now lives in Western Pennsylvania

He sent out a tweet last Sunday and it all came together from there.
Joe says the aerial advertisement will fly around the stadium from 10-noon -  and while he knows that some fans may feel compelled to go check it out - he wants people to remember it's for the players.

"We just want them to know that wherever, whether we're there or not, if we're watching from home, no matter where we're watching the games from, that we're with them, we support them, win or lose we're still fans, and again we just want to thank them for playing and bringing a little bit of joy during this time,” Vaiana said. “Again we just want to say thank you again and let them know we got their backs and we're just excited for this year."

The extra money raised will be donated to a local charity. The GoFundMe page is still open. To make a donation, click here.