Behind the scenes with the Buffalo Zoo's new lion cubs

No word on names or genders for the new arrivals yet, but the cuddly pair could make their public debut sometime in the next few weeks. 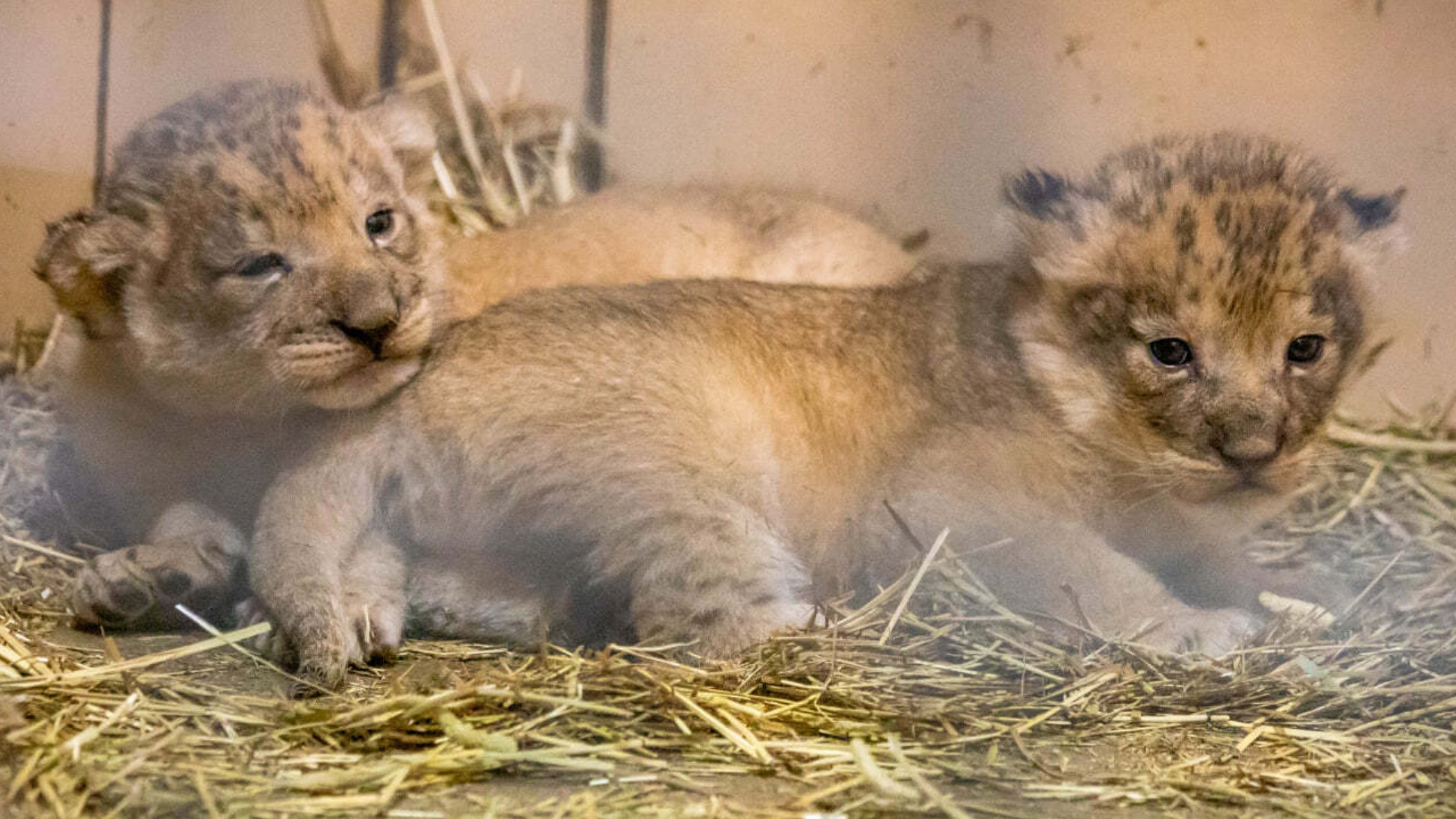 BUFFALO, N.Y. — By now you've probably seen the adorable social media pictures and videos of the baby lions at the Buffalo Zoo. They're still behind the scenes for now, but the Zoo's general curator, Lisa Smtih, says they're doing great and could be out on exhibit soon.

"Back in the fall, we put Tiberius and Lusaka together and they got along right away, so we kind of knew immediately that there might be a chance," Smith told 2 On Your Side.

Sure enough, on March 7th, two cubs were born.

"Right from the get-go, both of them were very precocious." Smith said. "Eyes were opening within a few days of birth just like typical cats they slept a lot at first but now they're definitely moving around."

Lion Cub WrestleMania! At just over 5-weeks-old, Lusaka's cubs are starting to move around with a bit more confidence. They still have a bit of work to do on their balance though! #LionCubs #BuffaloZooLionCubs #MondayMotivation pic.twitter.com/0McO9O9dOJ

Next week, the cubs will get their six week shots. Then, they'll be introduced to their dad and their Aunt Lee, who will eventually each take turns caring for them.

"We're also giving them a little bit more space in the building, so that they can really start following mom, and being able to get over door frames and things that they would to be able to do before they can go outside," Smith said. "Then we'll probably start some short introductions outside at some point. Probably another month or so until anyone will actually see them outside." 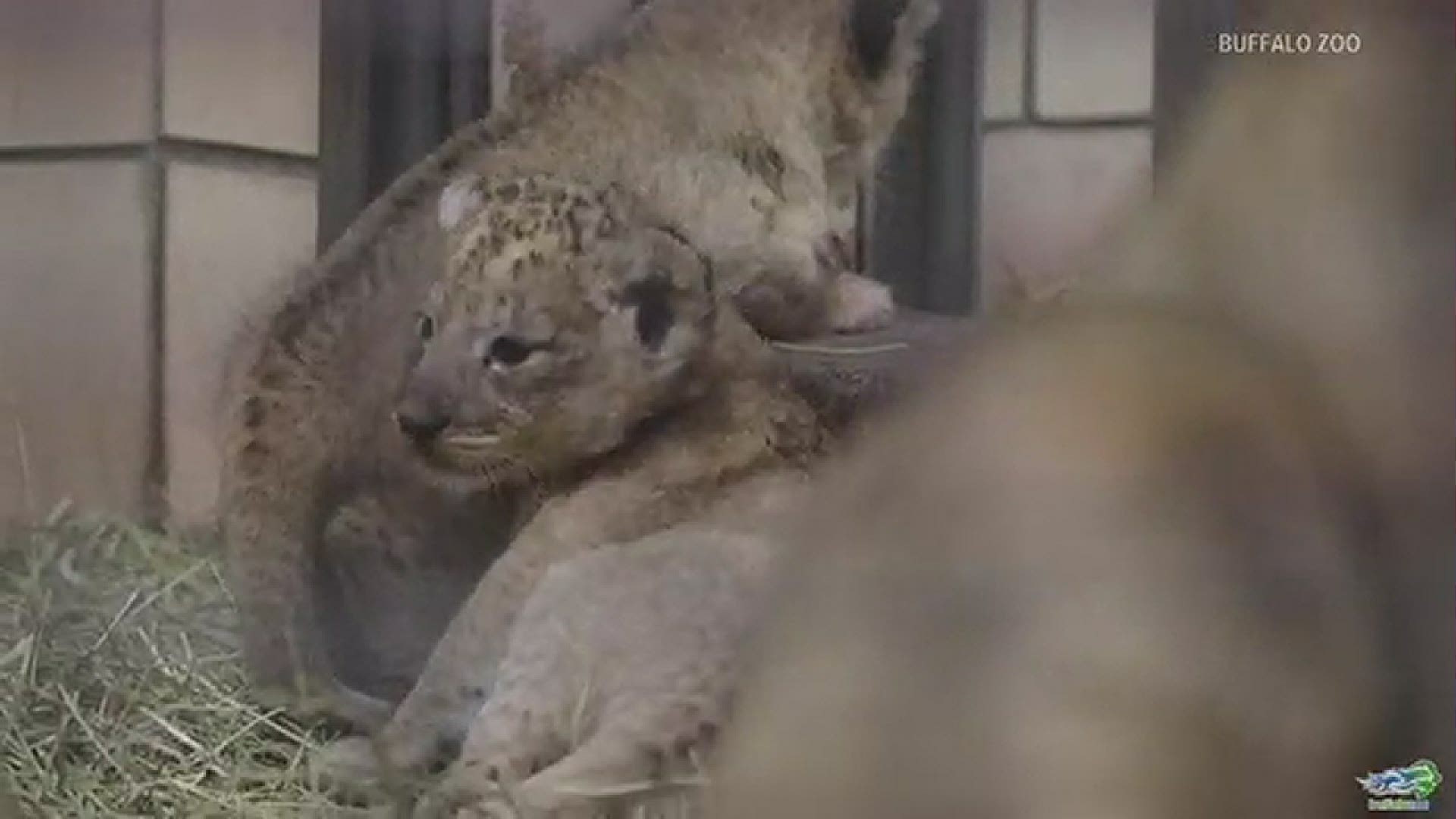 The Buffalo Zoo's successful lion breeding program is a point of "pride" for the organization. This breeding came as a recommendation from the Lion Species Survival plan, part of the American Association of Zoos and Aquariums.

"Conversation wise, it's a significant birth, because there used to be 200,000 lions in the wild and now they're down to about 20,000 give or take in Africa," Smith said. "So it's very significant to be able to continue to have these animals in captivity as ambassadors for their wild counterparts."

Zoo officials say to expect announcements about the cubs' genders, names, and a public debut date in the next few weeks.